Like, everything about it is small. The population. The land mass. The selection of items in stores. My patience.

What this means is that living on Palau is basically exactly like living in Cheers. Except, as previously noted, WAY hotter than cheers. In the sweaty way. Not the sexy way.

You wanna be where you can see, that troubles are all the same. You wanna go where everybody knows your name . . . , business and a whole bunch of other crap about you that you don't even remember sharing with anybody ever.

Guys, I'm not kidding. In Palau you can't even sneeze without it making it into the newspaper and then getting included on "most memorable moments of the year" lists the following December.

People at the court on Monday know what I ate for dinner on Sunday because someone told them they saw me at the grocery store on Saturday buying the only bag of frozen peas.


When I lived in Salt Lake City I used to cite as part of the charm of the place the fact that whenever I went to the grocery store I usually ran into a friend.

In Palau, if you go anywhere and see anyone at all, you have run into someone you know. And someone who knows your name, your blood-type, your hopes and dreams, and whatever the latest rumor they heard about you happens to come to mind.

As a result of how small and incestuous everything is in Palau, things tend to be very informal, which definitely has its benefits.

When the power bill shows up with a mistake, I don't have to worry about the horror of calling an automated system to finally get through to someone in Ohio who can't do anything about it but thanks me for my patience and then calls me "Ellie." Because person in Ohio has obviously never heard of the Bible.

Instead, I walk next door to the power company, approach Ulong, point at the mistake, and say "Alii, Ulong. Can you hurry and fix this." Then Ulong pulls out a pen, scribbles over the mistake part, tells me the real amount I should pay (without looking anything up), and then says "just drop your payment off next week and I'll tell everybody that it's all good."

When we first got to Palau, Daniel saw that there were a few openings to teach at the college on the island in his area of expertise (public health education). So he applied for those positions. Mostly due to horrific organization and a little bit of "it's too hot to do anything," he was just given the run around before being told that they had no need for him.

Then, two days ago, the following happened: (I put it in numbered chronological order for your convenience)

1. The dean told a woman who works for the college that they need Daniel to teach a few public health classes this semester (which had already started).

2. Woman passed this info to someone who doesn't work for the community college.

3. New person ran into the Mormon church leader at the grocery store and told him.

4. Mormon church leader called my cell phone (even though he has Daniel's) and passed the message on to me.

5. I called Daniel and told him.

6. Daniel called the dean who then told Daniel he's been trying to reach Daniel all day.

7. The dean asked Daniel to start teaching 2 or 3 classes starting the following Monday and offered absolutely zero resources to base his lessons on.

I'm now encouraging Daniel to go the first day of class and tell everyone that he knows how he's going to get them through the course and it's by turning them into a choir. JUST like Whoopi did in Sister Act II.

If only I still had my nun costume that my mom made for me for Halloween in the 4th grade. Just as well. It would be more like a shirt on Daniel anyway.

I'm not trying to complain about how small Palau is in this post. I'm just trying to help you understand. If I'm being totally honest, there are some things I absolutely hate about how small Palau is. Some days I feel like I'm living in a plastic bag, and the more I breathe, the hotter and smaller it gets. And sometimes I see a plane flying away from Palau and I seriously contemplate whether I could survive if I strapped myself to one of the wings last minute.

But other times I see charm when the cute kids from church hanging out in front of the gas station run up to me to give me high fives. Or I get excited to see my friends in the newspaper because they started a new job, or ran a 5k, or chopped down a banana tree, or got the mail. Or the person who makes the reservations for the tennis courts recognizes my voice on the phone and asks me how my run was on Saturday when he saw me on the causeway. And it's at those times that I think, having this experience is not so bad.

Yeah, maybe it would be nice to go disappear in a shopping mall. Or sit alone with my thoughts in a park, surrounded by people who pay no attention to me because they don't know me.

But I live in a place where everyone cares about me. And for now, I'll bask in the experience of not being able to find a stranger to share my coconut with. Because in Palau, there are no strangers. 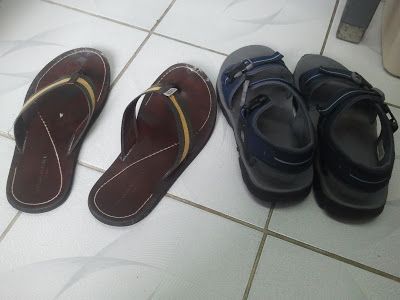 Another week concludes on planet Earth, where we all live. Guys, it was a week ago I asked you to send those emails. And can you believe that I STILL

I've learned a lot of things since I got to Palau. But the very biggest thing is this: it is so freaking unbelievably hot on the equator. Seriously. Man is not meant to live this close to the sun. We didn't evolve this way.