First thing's first: This weekend, my baby sister turned her body inside-out and emitted human life from her womb. She has sort of one-uped everyone on weekend news.

"Oh? You went skiing? A human being who had been growing inside of me for almost a year ripped through my unmentionable areas and will now walk this Earth for decades to come."

In any event, I got an incredibly cute new nephew out of the whole event, whom I'm excited to see some day. My sister told me that as punishment for being in Palau at such a time, she will be sending me a seemingly innocuous video that suddenly cuts to a close-up of the baby's head crowning. I will be digging my eyeballs out with spoons later today to prevent this possibility. (Advice I just learned the hard way: DO NOT google "baby's head crowning" if you're not sure exactly what that means.)

Guys. One of the fundamental rights should be that no person should have a sister who is allowed to threaten things like this.

I had sort of the opposite experience from my sister this weekend. I expelled human life from my womb. And by "womb" I mean apartment. And I did itWITHOUT an epidural. Although I could have used one.


Guys. WHAT THE CRAP HAPPENED LAST WEEK!?! HOW did I get into that situation!? In case you're behind on Stranger, you need to quickly read this and this right now. And how could you get behind?! I never get behind on your life. Don't believe me? Right now you're reading Stranger. What am I doing right now? You don't know? Guess I'm more up to date on your current happenings than you are on mine . . .

When I last left you, the Germans were crying because they realized they didn't have tickets out of Palau.

During their stay here, they succeeded in obtaining roughly the value of $3,000 of free stuff. I'm truly not exaggerating this figure. Through their begging, they got free access to a high-end resort, a 4-night stay in a nice apartment, a boat trip out to several islands, plenty of food, free flights, and dozens of chauffeurs.

And they were SO needy and SO SO intrusive in our apartment. For days we avoided going home as much as possible because we couldn't deal with them asking for another favor.

Several of our friends reported that at various points last week two German girls bolted into the street and in front of their cars to get the car to swerve off to the side of the road and stop. Then the girls demanded that the driver take them somewhere. This reiterates two things that I've told you: 1) this island is SO small, and 2) these girls are CRAZY.

On Friday, they were supposed to take one of their boat tours. Instead, they convinced the tour guide to drive them around the island for a few hours while they ran errands. Eventually tour guide told them he had to go to which they indignantly complained, "But you promised us!!! Zis is not fair!!!"

When they told us this story later and explained that they couldn't believe he wasn't going to continue to answer their beck and call, we knew we had a problem.

They had been telling us that their plan was to leave Saturday, once and for all. This was already a few days later than they had initially told me when I agreed to host them. In any event, we were very excited for Saturday to come.

Saturday evening we were supposed to have a waffle party with them and some friends. Only one friend showed up and after waiting for the Germans for an hour or so, we finally just started without them.

Eventually they came in and said hello. And that's when the fighting started.

Guys. I know that when people speak German, it always sounds like they're fighting. But I want to be clear about this: they were YELLING at each other. And storming into and out of rooms. And slamming doors. And YELLING more. For. Three. Hours.

Never was there a more awkward experience. Until one hour later.

They told us that the flight they hoped to get on departed at 1:00AM. Apparently they only had stand-by tickets for this flight. Daniel and I were both done with couchsurfers at this point and we agreed that we could not let them stay any longer. But we knew they were going to make this goal as awkward to accomplish as possible.

We agreed to give them a ride to the airport. On the way, this conversation happened:

Germans: Oh no! Ve are so so vorried! Ve called and zey sed ze flight is all fool!!!

Daniel and Eli: Well. We hope it works out for you.

Germans:  . . . ve just don't know! Ve cannot stay viz you! You have already done so much. Ve vill probably sleep outside in ze rain since ve have no money and novheres to go . . .

Daniel and Eli: . . . well, surely you'll figure something out.

It was so hard to suppress the natural urge to take pity and say, "NO! You can stay as long as you want!" But guys, we just couldn't let them back into our apartment again. We agreed to take them in for 2 days. They stayed for 5. And they were so needy during those 5 days. If we brought them back into our home, that would have meant an additional SEVEN. DAYS!

It would be like World War II all over again! Except less pleasant! And the Germans would probably win this time!

But they were cunning. When we got to the airport, they jumped out of the car without their things to check on the flight. Daniel and I waited in the car and gave each other a pep talk about staying strong. During this pep talk, we almost gave in a number of times.

Daniel: What will we do if they ask us if they can stay?

Daniel: Yes. But what if they cry?

Daniel: Yeah. Maybe we should.

We tried role-playing the conversation to get ready but it didn't really work because Daniel can't do a German accent and every time I tried I started singing Du Hast Mich. Then one of them came out to the car.

German: Ve are so vorried! Zey still don't know if ve can get on ze flight!

German: Maybe ve should just take our bags out and let you go. Ve cannot stay viz you again. Ve vill just live on ze streets . . . and try to be safe . . .

Eli and Daniel: [more awkward silence. Daniel starts to say something and Eli subtly shakes his head at him.]

That sister went back into the airport and a few minutes later they both came out and offered to release us, telling us again that they would just figure something out on their own. We accepted their offer, had a relatively pleasant farewell, and drove away.

The whole way home we had a very conflicted conversation about whether we did the right thing. On the one hand, I don't like the feeling of turning someone away who is asking for help.

On the other hand, have you ever read that story about if you give a mouse a cookie? And eventually the mouse takes over the whole house? And it starts yelling at the other mice in German? At some point I felt like we had to put a foot down and stop the madness. And if things were really that bad, they could get a bloody hotel. Right?

Oh heck. Maybe I should just get that epidural.

This weekend I was unfortunately subjected to a movie called "Pitch Perfect." It's basically Glee, the movie. What's more, I had to watch it with friends while there was German fighting in the background. And the occasional interruption for, "can I please ask you 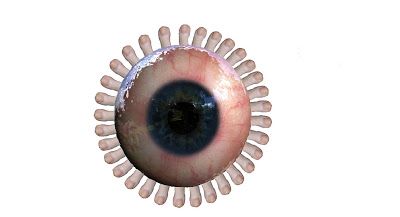 All day long on Friday (your Thursday) I got updates from Daniel about the status of our current German problem, which prompted me to share this on the Facebook page