I informed Daniel last night that I publicly warned all who read Stranger about his egg problem. He got incredibly defensive, assuming that I painted him in a false and negative light. Then he demanded that I immediately read the post aloud to him. He refuses to read Stranger on his own so any post he is exposed to is done in this manner. I asked him once why he doesn't just keep up with the blog himself and with the wave of his hand he said, "I don't have time for that nonsense."

Let me ask you guys: If you knew there was a blog that was read by tens of thousands of people every day and that very frequently contained posts about you, wouldn't you make checking that blog a bit of a priority?

Anyway, after reading the post to him, which I did very well, I might add, he nodded and said, "No. That's accurate."

Guys. He STILL doesn't think he has a problem. STILL.

Anyway, he did ask me to make sure to clarify that he is not the type of person who normally takes food home after bringing it to a dinner party and the only reason he had those deviled eggs in the back of his car was because those eggs never made it into the house in the first place.

SO THEY SAT IN HIS CAR FOR EVEN LONGER THAN I INITIALLY THOUGHT.

And now, your pictures and weekly distractions.

A guy who instant messages with his cat. Thanks, Jamie.

The chair Snuggie! Thanks, Claire.

Most annoying animal sounds ever.

Dating sites you may have not known exist. Thanks, Craig.

On Saturday a group of people from the Palauan judiciary (where daddy works---I'm daddy in this situation) hopped onto a boat and went out to the Rock Islands for the day.  The Rock Islands are a group of tall rocky mounds totally covered in 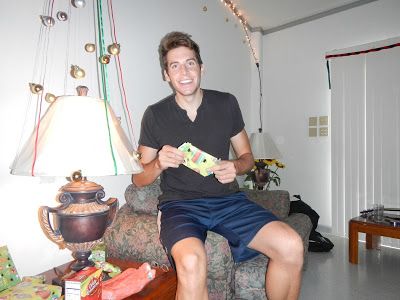 I'm here to issue you a warning. Consider this a PSA. If the person pictured below offers you eggs that he has prepared, DECLINE! Ok, I know. You're looking at