On Saturday a group of people from the Palauan judiciary (where daddy works---I'm daddy in this situation) hopped onto a boat and went out to the Rock Islands for the day.  The Rock Islands are a group of tall rocky mounds totally covered in thick mangroves. They are about the most beautiful piece of God's green Earth that exists. They look like a cluster of sleeping giants in the ocean and many of them contain heavenly white sand beaches.

We went to one of the beaches that sat sort of in a bay that was surrounded by 2 tall islands about 100 meters apart from each other, creating a lagoon/tropical canyon to hang out in. HEAVEN. Yet, just like a good Mormon boy, I believe in opposition in all things. So it wasn't a huge shock when the worst thing EVER happened in that otherwise perfect place.

We spent the day in this spot playing volleyball, barbecuing, and laughing with hysterical Palauans. At one point, Daniel, Hillary, and I decided to snorkel the mile or so around 1 of the 2 islands. And that's when it happened.


A sea snake encounter. WITH ME!

Well not me me. But Daniel me. I didn't actually go near it. Because HELLO! It was a freaking snake!!! One whose bite apparently will kill you in less than 3 seconds. And they always say that it's hard for these snakes to bite people because their mouths are so small and they can only fit around your ear lobes or between your fingers or 5 trillion other places. And they say this like these snakes are not to be feared.

But I have a question for "they," whoever they are. If these things really don't pose a threat to humans, HOW DO YOU KNOW A BITE CAN KILL A PERSON IN THREE SECONDS IN THE FIRST PLACE?!?!

A penny saved is a penny earned.

I started running out of sayings about victory after "game, set, match." Also, I don't think that last one is even a saying.

No. You know what? It is now! It means that I am indisputably right about this. This just became a thing. Add it to Urban Dictionary.

And I'm using it now because these people are wrong to talk about snakes like they don't grow from the ground straight from Hell. Sin is their fertilizer. All the incredible amounts of sin in the world today? BOOM. More snakes.

And we were swimming in them.

Daniel popped his head up and yelled, "I see a sea snake!"

Ok. First of all, Daniel. If that's even you're real name. You think your alliterations are so cute. You're not Michelle from Full House. Talk like a grown up.

Secondly, WHY oh WHY are you taking the time to tell us about it when you should be doing one of a number of things? Such as:

1. Shooting out of the water like a trained dolphin at Sea World.

4. Praying for God to destroy the Earth.

In a very forced voice, Hillary, who later confessed she was just trying to keep everyone calm despite the terror she herself felt, yelled back, "Everything will be ok. Daniel. Just swim over to us. Slowly." And then turning to me, "Everything. Is. Fine. Really."

Daniel tried to call us over a number of times, but every time he did, we swam 30 more feet in the opposite direction.

Guys. If everyone got to be emergency helicoptered out of a situation one time in their life and they could choose that time, I totally would have used it up on Saturday. Assuming I didn't already use it at every single scout camp I ever went on. Or one day when I got really bored and just wanted to see how it worked.

They should totally have a safeguard against wasted uses of the one-time-helicopter-out-of-a-bad-situation trick. Like you can't use it until you're at least 21. Or you can't--

No. You know what? This is MY hypothetical. Everyone gets an unlimited amount of times they can be helicoptered out of things. I would have used this resource on Saturday. And at all those scout camps. Also every single time I have run into a professor or boss in the bathroom.

Because Saturday was THE WORST.  SEA SNAKE IN THE SAME WATER I WAS IN!

In our effort to escape, we were caught swimming against a strong current for the better part of an hour before we rounded the last turn and made it back to our safe beach. When we got there Daniel confronted us.

Daniel: Why didn't you guys come over when I was calling you?

Daniel rolled his eyes and I swear one of these days they are going to get stuck in the rolled back position and he's going to look like the Exorcist girl for the rest of his life. Then he'll be sorry.

Twice up the barrel, once down the side, Daniel. 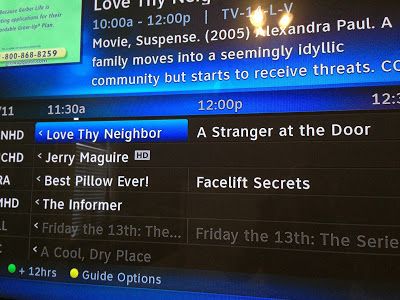 Today I got an email from my sister Krisanda. Krisanda is the creator of The First Eye. And this is the sister who made me believe she and I were 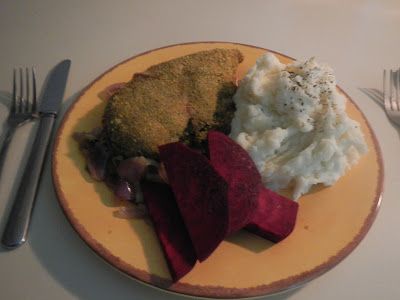 I informed Daniel last night that I publicly warned all who read Stranger about his egg problem [https://www.itjustgetsstranger.com/2013/02/egg-warning.html]. He got incredibly defensive, assuming