I may have mentioned at some point here that I'm not exactly "in the know" on what the kids are calling "technology." Pretty much every medium of social media scares and confuses me. And what's worse, I have not attempted in the slightest to keep up on electronic devices.

Currently I own an ipod, which I bought in 2007 and have not upgraded since. I have never put a single thing onto that ipod. My sister Krishelle takes it from me every six months or so and returns it with an updated collection of tunes. She tried to make me part of the process the first few times because of something about "if you teach a man to fish" but as it turns out I'm like an inanimate object, and you can't teach an inanimate object to fish.

The phone I had in the U.S. before I came to Palau is what the kids are calling a "smart" phone. But this was only because that same sister stole my very basic and incredibly unreliable phone and replaced it with her old phone after she upgraded to something that I was pretty sure mankind would not develop before the great and terrible day of the Lord's Second Coming.

And finally, I have a laptop, which I purchased before starting law school in 2008. This laptop has lived hard for five years now, as it was essentially attached to my body for three straight years and saw constant use, and has also traveled the world. This has caused some frustrations recently.

I mentioned a while ago that I am currently working on my first ever book, which recently has been coming together really nicely, in my humble opinion that you can't possible disagree with because you haven't seen the book. And when I found out that Daniel would be out of Palau for three weeks (which I'm referring to as "free daycare"), I thought that these three weeks would be perfect for me to lock myself up in my apartment and do the final writing and finishing touches on this thing.

As if it did it on purpose, less than twelve hours after Daniel left the great nation of Palau, the battery in my laptop completely gave up the ghost. What this means is that in order to keep the stupid thing functioning, I have to be plugged in at all times. And in a country where the power goes out or at least flickers with some unexplainable regularity, this has made writing a book feel a lot like a game of Russian Roulette.

But I was dealing with the battery issue and finding a way to just get by. And then a few days later, the number 9 key stopped working on the laptop's keyboard. Then the O quit. Then the L. And I was getting really freaked out because the disease was approaching the period and I knew I couldn't make it without the period because I. Love. Punctuation. And sure enough, the period then died.

So the other night I sat down at my computer to write for a while and I told myself that I would just type as though the keyboard was working and later I could go in and add all of the Ls, Os, and periods. As it turns out, we use L, O, and period WAY more than I had expected.

So off I went to the electronic store of Palau, where I was sold a new keyboard to attach to my laptop. I was also told that there are no laptop batteries in Palau but Ms. Thang promised that she would totally find out if she could order one and then text me. I haven't heard a word since. Reminds me of my last relationship.

The whole reason I'm telling you any of this has actually nothing to do with my broken laptop. I just wanted to let you know that as I've tarried on in the last couple of weeks THROUGH INSURMOUNTABLE OPPOSITION, I have made great progress and I am almost done writing!

For months I have been writing different chapters and then sending them to Jolyn and Jen for feedback and editing, which they have done, sometimes even inoffensively! Now I have started putting the thing together and editing for flow, etc., and I can't tell you how proud I am feeling about what I've been able to do here. Not to toot my own horn, but I can say that I have been able to more than accomplish what I hoped. AND no animals were harmed in the making of this book!

So I have a question for you all, and I hope I'm not being tacky or foolishly showing my hand in doing so, but I could use some direction on approaching the publishing world. This is a very new thing for me and you all have been so supportive of Stranger that I figure, why not ask the Strangers for their collective knowledge on this?

For a plethora of reasons, I have decided that I don't want to self-publish. And in the last eight months or so, I have had a couple of people from small publishing companies get in touch with me but we have talked no specifics whatsoever. I have only just begun to do my research and I am admittedly still in the dark on this. But I'm wondering if anyone out there has any helpful information on finding a good literary agent or publisher as I move on to the next phase of this process. If so, please shoot me an email (itjustgetsstranger@gmail.com) and I will be forever grateful. If not, just leave a comment about cats or something. 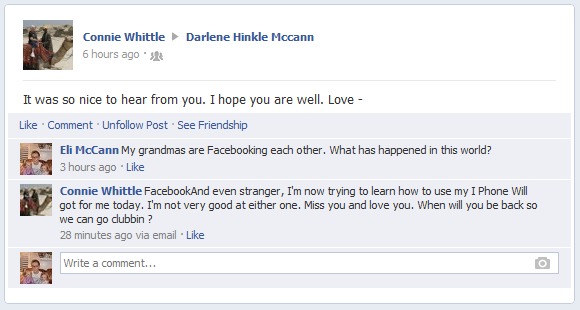 After yesterday's post about the book writing, many of you sent me such helpful information regarding finding a literary agent and publisher. THANK YOU. You Strangers are the wind beneath

I wrote yesterday about how Daniel is now a week and a half into a three week trip to the U.S., leaving my poor pathetic self alone with Leotrix. He only had a couple of weeks to plan the trip because he got