So I'm sitting here at my computer, avoiding productivity at all costs because, DUH, I LIVE ON A TROPICAL ISLAND. And I'm feeling a little like Jabba the Hutt physically and I don't know why. I mean, it might have something to do with the entire frozen pizza and half gallon of cookies and cream ice cream that I consumed all by myself at 10:00 PM last night. But, whatever. Enough with the judging! Do I judge you!?

I stopped by the store last night to buy the pizza and ice cream after wandering the jungle to visit a bunch of church members to see how they were doing, a story in and of itself. Inside the grocery store I saw like 14 people I know so I had to try to hide the two items I was trying to purchase because it was so embarrassing and I have Fear of Purchase Judgment (FPJ), which is why I always use the self-checkout in the states.

I know. Probably an overreaction. The way I was acting, you would think I was trying to buy Barbie cars. Again.

Then one guy spotted me and I immediately walked over to the produce and selected a large bag of apples.

Guys. I bought apples at the grocery store last night only because someone saw me purchasing a frozen pizza and ice cream at 9:00 and I was embarrassed.

Anyway none of this is at all relevant to what I'm here to tell you today.

So I'm sitting here at my computer, avoiding productivity at all costs because, DUH, I . . . oh wait, we covered this.

Then I saw that an old friend had shared a blog post through what the kids are calling "social media" so I clicked on it because I had no idea she had a blog and I was curious. And the blog was like this really inspirational and motivational thing full of heart-wrenching stories about people overcoming adversity and retaining faith against insurmountable opposition.

And I was like, "wow! I haven't talked to this person in years. Her blog is so thought-provoking!"

And then I wondered what one of my old friends would think if they found out that I had a blog and then visited it. So, pretending to be one of them, I opened up It Just Gets Stranger and scanned the first page, which was full of post titles like "Emails with a Polygamist," "A Post About Nothing," and "Sex, STDs, and Hieroglyphics." And a further scan resulted in badly photoshopped pictures of mole rats and WAY too many references to a pet cat that doesn't even exist.

And I was like, "what the Hell have I done with my life."

Note, the punctuation at the end of that thought is correct. It's not a question. It's an observation.

And then I went to the Stranger Facebook page and saw that somehow there are about 16,000 people who have liked Stranger on Facebook. And I suddenly had this weird Twilight Zone moment where I wasn't sure if I was living in a very strange dream. And then I got really mad because if this is a dream WHY AM I NOT FLYING?! And WHERE'S PAUL SIMON?!

But then I decided that this isn't a dream because I'm wearing too many clothes and I never wear clothes in my dreams. So if this isn't a dream that means that I really do spend my time writing on the Internet about peeing my pants and wearing Snuggies and there really are tens of thousands of people reading those writings every day and seriously contemplating them.

And it hit me how strange it is that I can make a comment on the interwebs about the Queen of Colors or The First Eye or Trixy Meowman or Leotrix or I can say stuff like "twice up the barrel, once down the side" and "I don't want no bunny banana frog ok no way!" And there are tons of people I've never met in places I've never been who are nodding along because they know exactly what I'm talking about.

And Strangers, THAT IS SO WEIRD. And in all of this "realizing" I all of A sudden felt really grateful for all of your support. (Note, I have corrected my former "all of THE sudden" ways because a Stranger FREAKED the Hell out about how many times I have screwed that one up).

I mean, I was grateful already, but today I'm feeling even more grateful. Probably indigestion from the ENTIRE frozen pizza I consumed.

So, I just wanted to say thank you. Maybe this blog isn't curing cancer or visiting orphans or solving the world hunger crisis. But it makes me feel happy and connected to wonderful people and I think it has done the same for some of you. And for now, that's enough for me.

But, like, next year, it's going to need to cure cancer to justify its existence. 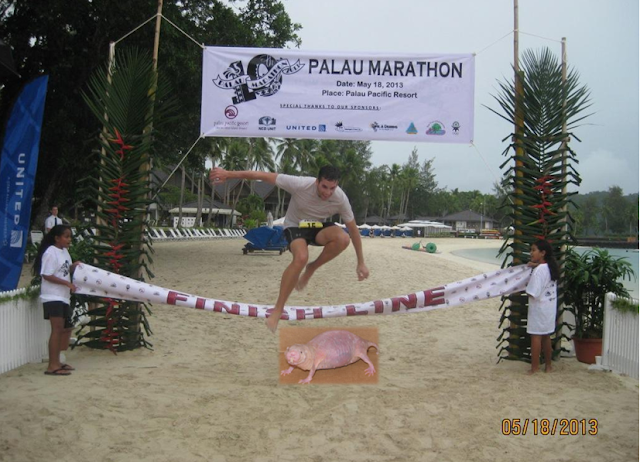 Ever since Leotrix entered my life, I have existed in a state of constant nightmare. This is where you are having a nightmare but instead of it being a nightmare 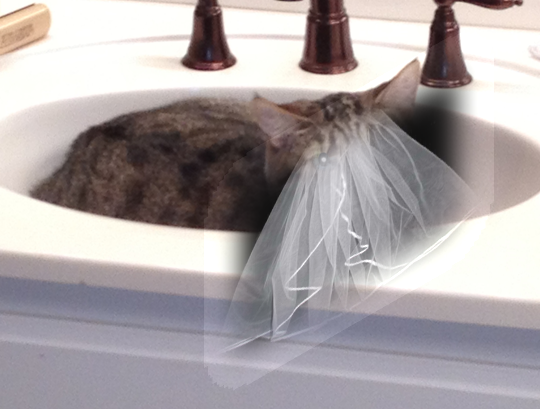 One Stranger, Sarah, started getting spammed via email by an obnoxious man looking for extra wives. A google search of this guy revealed that he has gone to great lengths