Last week I posted about my upcoming plans for my life, which are a very big deal. And I was so excited to share with you what was going on and what’s up next for Stranger. And you guys were all like, “ok. BUT WHAT ABOUT DANIEL?!?!?!?!?!?!?!”
Guys. DANIEL DOESN’T EVEN READ THIS BLOG. Why do you care more about him than me?!

This is totally not helping the fact that his mom apparently believes that nobody would read Stranger if Daniel wasn’t around. And I hope that’s not true because that may be one of the upcoming changes.

Daniel toyed with the idea of staying in Palau for another year when he was offered a great job as a consultant. He has decided against this, however, and instead wants to head back to the United States of America because BURRITOS and SHOES THAT ARE BIG ENOUGH TO FIT HIS GIANT FEET.
He is in the process of figuring out where to go next and currently it’s looking unlikely that that place will be in the same city as me. I’ll miss him, and worry that nobody will be around to keep him from dying of food poisoning. But I have no doubt that Daniel will be a friend for life and one we’ll still hear much from around here. I’ll update you all on his plans over the next month and give him his due time in the spotlight.
Yesterday, though, was sort of MY time in the spotlight. A while ago a senior Mormon missionary in Palau, Sister Carter, basically threatened me with my life to get me to sing a solo in church. Ok. So maybe she didn’t “threaten” me explicitly. But I think there was some morbid subtext to all the smiles and “pleases.”

This was one of those things where she was asking me to commit to something WAY into the future and so I just said yes because it’s easy to say yes to stuff that isn’t going to happen for a while, which is actually exactly how I ended up in Palau.
As the weeks progressed, I forgot about my promised musical performance, until I was informed ten days ago that I was on the program at church the coming week to sing my heart and soul out in front of a bunch of people.
Picking a song out was difficult, particularly since my suggested “Party in the U.S.A.” and “Tell me what you want, what you really really want!” were handily rejected. I guess I’m the only one who likes good music and happiness around here.
A Mormon appropriate hymn was selected and we began practicing. I was FREAKED OUT. Because I have NEVER sung a solo in church before. Every time someone sings a solo in church, I sit there, all judgmental-like but with a polite look on my face. But I have always known that I am too freaked out to get up there and do something like that myself.
It’s not that I don’t likesinging or that I’m scared of being in front of people. Get me in front of a crowd of eager listeners and I’ll be casually telling intimate poop stories by the end of the hour. But for some reason the thought of singing makes me feel incredibly vulnerable and self-conscious.
But I started practicing well in advanced and I was so happy with how I sounded. I seriously thought Broadway was going to rush in through the doors and whisk me away to New York City. And I totally began preparing acceptance speeches in my mind for all of the awards I was going to win. “I never could have done this without my biggest inspirations, Miley Cyrus and Justin Bieber.”

And then I pictured me and Paul Simon getting spotted having lunch together and he would be all, “ugh. Can’t the paparazzi just leave us alone?” And I would be all, “I know! So annoying.” And I would roll my eyes but secretly inside I would be all “OH MY GOSH I WONDER IF THE PAPARAZZI WILL BE WILLING TO GIVE ME COPIES OF ALL OF THESE PICTURES AND I HOPE PAUL SIMON DIDN’T NOTICE THAT I JUST CUT SOME FABRIC OFF OF HIS SHIRT AND PUT IT IN MY MOUTH!!!”
Yesterday the time of performance arrived. I felt ready to make my grand singing debut. Then something happened when they called my name. My legs suddenly started wobbling like I was Gumby in an Earthquake.
When I got to the mic, I could feel all of my internal organs rising through my throat and I was prepared any second to cough my stomach through my mouth. And then everyone would know I ate Oreos for breakfast.

Then the music started, and I began singing. But it wasn’t my voice that came out. It was the voice of an aged woman who smoked too much in the 1930s because that’s all they used to teach in elementary school.

And as I heard my voice shaking wildly, I just stared down at my music and never once attempted to look up at the people. Fourteen days later, what must have been the longest song in the history of music finally came to an end.
And now I’m worried that Paul Simon will never want to be my friend.
Is it possible to overcome these nerves?
~It Just Gets Stranger

I've been experiencing logistics suffocation torture (LST) for a few weeks now. This is where you know that you are supposed to be making some plans and getting a bunch of crap figured out in the very near future so your brain is in 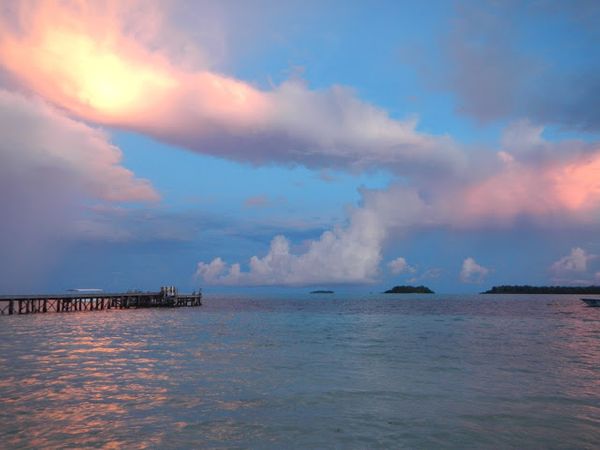 Happy weekend, Strangers. I just got back from an overnight adventure on a beautiful island nearby called "Carp Island." It was wonderful, except for the parts that sort of felt