I've been experiencing logistics suffocation torture (LST) for a few weeks now. This is where you know that you are supposed to be making some plans and getting a bunch of crap figured out in the very near future so your brain is in a constant state of attempting to resolve every single geographical and scheduling conflict that could possibly exist.

As I understand it, LST is one of those torture tactics the Japanese used during World War II. They would put POWs into a small room and say, "we'll need you to get your car to Japan so you can drive to China by Tuesday. And don't forget to pick up your grandma in Argentina on the way. Also, they'll be expecting you to have a seven-layered Jell-O ready to serve when you arrive." Then they would just let the POW sit and think for a while until the prisoner would finally scream "I'LL GIVE YOU THE INFORMATION YOU WANT IF YOU JUST LET ME FLY GRANDMA UP HERE WITH STORE-BOUGHT JELL-O MOLDS!"

Maybe you don't know what I'm talking about.

Given that I only have about five weeks left in Palau, I can't help but feeling like I'm playing a never-ending game of Tetris. And all of these blocks are falling from the sky, faster and faster as time goes on, and I keep having to flip them around and fit them into a spot before they hit the top and make the curtain come down.

I don't want the curtain to come down. Because I don't know what happens if the curtain comes down. I know what happens when that occurs on the Nintendo. You just start over with the slow-falling blocks again. Or if the thing stops working you have to blow in it a few times. But I'm playing LIFE Tetris, which is a lot less fun but has way better music. And I just need a few freaking lines and squares but instead I've gotten like twenty of those blocks in a row that kind of look like the number two and hardly fit anywhere and now there are holes all over and I'm NEVER going to get a Tetris.

I am coordinating the schedules of the people who are leaving Palau with the people who are coming in. I also need to start shipping the SEVEN blankets and other crap I thought I would absolutely need on the Equator. I have an expired driver's license in the U.S., a missing social security card, which is necessary for obtaining a driver's license, phone service to figure out, apartment to find, stuff to move from thirty different locations (stuff which is buried on top of Daniel's stuff in a storage unit--Daniel, who will be leaving Palau before me and somehow trying to get his business taken care of before I get to Salt Lake City), etc. And I need to try to get this all figured out before I start work immediately after getting back into Utah.

Living abroad is exotic and fun and exciting and educational. But it's also extremely inconvenient. And while it might be tempting to imagine your foreign-dwelling friends to be constantly in a state of hammock-resting and art-observing, it might be more often accurate to picture them sitting in a dirty 95 degree Internet café trying to file their taxes on their foreign-earned income while someone with tuberculosis coughs on them and steals their identity.

I am determined to not let LST destroy my final weeks in tropical paradise. Every time I feel my brain start racing through the endless chicken/egg, driver's license/social security card question, I'm going to go to the beach and stare directly into the sun. Which will remind me that I still need to get my glasses fixed from losing a screw last month. Which will remind me that if I don't get my suddenly very complicated taxes filed by October, I'm going to be screwed.

Somebody get me a sea turtle. 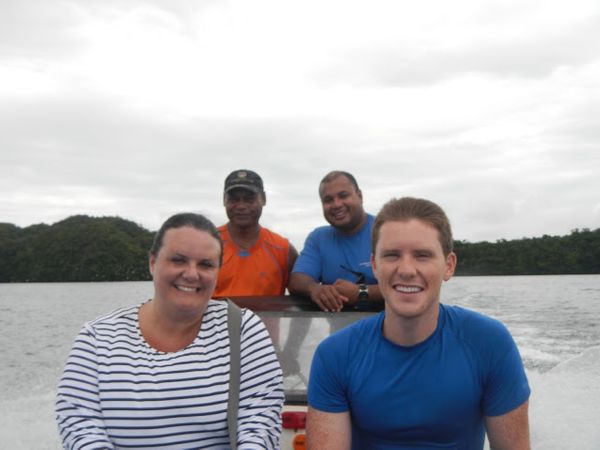 We wandered off to Jellyfish Lake today. It's basically the most terrifying thing I've ever seen in real life. But also amazing and fun. I was very conflicted over whether

Last week I posted about my upcoming plans for my life, which are a very big deal. And I was so excited to share with you what was going on and what’s up next for Stranger. And you guys were all like, “ok.