I got back to the United States of God Bless America about six weeks ago. The last six weeks have been a whirlwind of change. And it's been difficult to catch my breath and take a bird's-eye view of what my life has recently become.

Things have started to calm down a bit and it's been interesting to see what it looks like to have the Palauan dust settle. I've been thinking a lot about how Palau changed me and why it changed me and what scars are left to prove it. As I've started to recover from what I experienced and have felt myself heal, I've been able to see much more clearly where and what the wounds were that preceded the scars.

It's no big secret to those of you who have been reading Stranger for a while that Palau was not the easiest experience of my life. And I'm not just referring to Leotrix--although he was no help.

When I first got there I felt some major shock that I thought would wear off. It didn't. And in fact, it got much harder to swallow. And in the process I felt the process swallow me whole. I temporarily lost a big piece of myself and turned into someone I had never been before and someone I didn't like as much.

This isn't to say that I hated myself or that I was completely miserable. Neither of those things were the case. But in Palau, I often became reclusive, which was against my nature, and beaten, which was inconsistent with who I had been before.

It was rough going for a while. And there were a lot of bad things I was too tired or too cowardly to change about my situation.

As that dust has settled and I've thrown myself back into my Salt Lake life, I've found myself thinking a lot about what happened in Palau, and why it happened, and how I can keep some of it from happening again. I'm so happy right now. And I feel like I'm turning back into myself again. It's invigorating and fun. But I also know that I'll never be exactly what I was before. Because I hadn't experienced Palau when I was what I was before.

But what I really benefited from were all of the non-traditional adventures that occurred when I got there. Getting out of bed and forcing a smile on my face, even when it felt like my life was coming apart at the seams. Having a teenage boy look me in the eyes and tell me he was scared about a really serious problem he was too afraid to report to authorities and having no idea how to respond to him. Staying when the prospect of staying seemed dark and frightening. These, and many others, were adventures for me. Hard ones.

These experiences can make us better people. Hand-picked adventure gives us the courage to battle the adventures that are forced upon us. They teach us things that the comforts of life are too shallow to show us. For me, Palau was a hand-picked adventure that forced upon me unknowns that I didn't anticipate. And now, looking back at it and seeing how it has thickened my skin and prioritized my values, I can't use big enough words to express how happy I am that I was so unhappy for a little while.

I needed that. I can see it clearly now. I needed Palau. There are things I wish I had done differently with that experience. Some things I think I did just right. But despite the mistakes, I would never trade the lessons.

Sometimes I write this blog about my zany adventures and the quirky constant happenings and I think you might be getting a view of me that isn't entirely accurate. I don't know if I've been nearly as clear about my struggles as I have about my laughs. And maybe with time I'll get better at that. Or maybe I won't. But I just want to let you know now--if there are any out there who might benefit from hearing it--the storms do come my way. Often at the same time as the laughs. And some of the storms have been very ugly. But as I get older, I find that I cherish them in the aftermath more and more. I am what I am because of those storms. Those storms don't make me and you who we are. But what we do during them does.

Maybe you feel crippled by your struggles. Stuck because of your circumstances. Scared because of your limits. I've been there. In a real and ugly way. And I know it's not always easy to hear it when you're at the lowest of lows or somewhere close to it, but: things will get better.

You have it in you to make them get better. And when they do, you'll walk a little taller and be a little prouder of your battle wounds. Because they'll represent some really significant victories. And when you do get there, you and me are going to celebrate those victories together. Because we'll both understand it. And we'll need to remember the celebration when we're in the middle of the next storm. 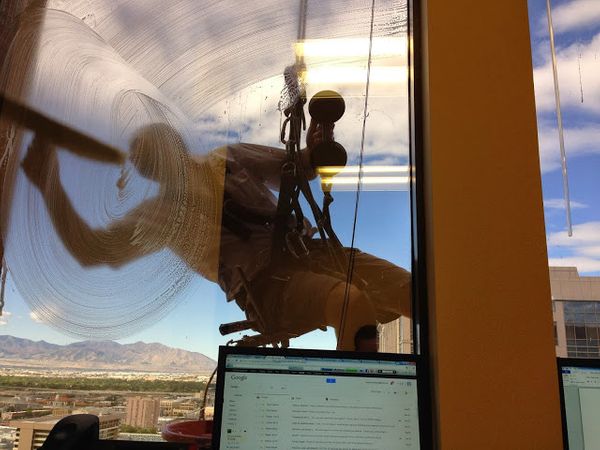 The other day I was sitting in my 16th floor office, minding my own business. It was a beautiful fall day outside and I occasionally glanced a few inches above 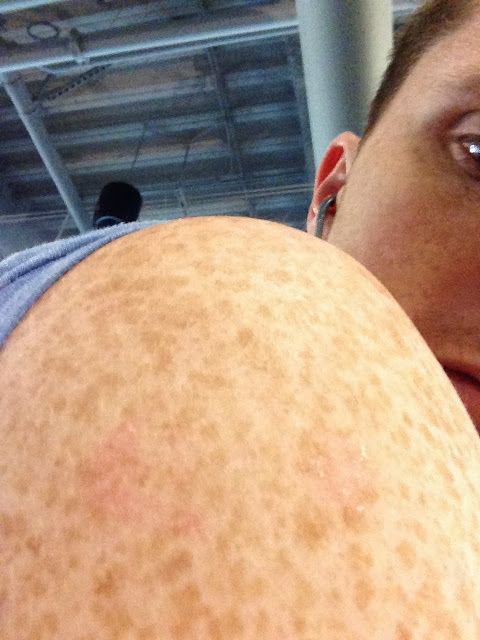 Happy weekend, all. A huge thanks to those who came out to The Porch last night and said hello. It was fun to meet some of you. And due to