I left Palau just two and a half months ago.

Really? Is that all? Does it seem like it's been a lot longer than that to you guys? Someone get out a calendar and help me learn how to read it. Right now I'm just going off of feelings.

I actually think I might have a disability that keeps me from being able to read calendars and follow directions correctly. Even when that lady on my phone tells me how to get somewhere, I always end up somewhere else (typically inside Cafe Rio, eating a burrito the size of my arm). And then usually I find myself screaming obscenities into the open air until someone takes my hand and guides me the rest of the way. Which is probably how I ended up getting Axel the ringworm. And throat chlamydia.

I've had a lot of gross diseases lately.

And before you roll your eyes and tell me that there is no such thing as a disability that specifically targets the ability to read calendars and follow directions, I have to say that if there really is such a thing as "color blindness" then my disability is real too.

Kurt told me he that he's color blind a couple of weeks ago when he held up a white tie at the store and said "how pink is this?" I mocked him openly for being too dumb to know what "pink" means. Then he told me that my behavior constituted discrimination because he has a real disability.

But between you and me, I don't think Kurt is actually color blind. I just think he never learned his colors and then he conveniently found out that there's a disability that excuses him from putting forth the effort to learn them now.

My whole point in writing you today actually has nothing to do with my very serious disability for which I've just decided to host a benefit concert, date and venue TBA. Actually, I wanted to talk briefly about how Palau seems to have rewired my brain and I'm starting to wonder whether this rewiring is permanent.

Palau was very backwards from the life I had experienced prior to it. Having lived in Eastern Europe a couple of times, I thought I had already come to know what it meant to move to a completely different planet. And I really thought that Palau wouldn't feel very foreign to me since I had already seen a pretty broad spectrum of life.

One million degrees ALL OF THE TIME ALWAYS.

The shock took me by surprise. You could say, I was shocked by the fact that I was shocked. And before I knew it, I found myself completely changing the way I viewed a lot of things. Like personal hygiene. I had to stop caring that I was sweating ALL the freaking time. I had to stop trying to prevent this because I knew it was a pointless pursuit.

I've been home for two and a half months and I think I'm STILL sweating. Even when I'm cold. My poor body just thinks this is the way things are now.

The other day I was talking to Daniel on the phone. Remember him? He was the tall one that lived with me in Palau. No? He tried feeding people eggs that had been sitting out in the sun. Used to meow songs in the car. Late to everything. Still no? You guys have really bad memories.

Anyway, I mentioned to him that sometimes I miss Palau and other times I wake up screaming because I'm having a nightmare that I'm still there. He laughed. It was that laugh you can only do when you completely understand what was just said and that's the only way you can respond because it sums up your own experience perfectly. Palau completely changed the way I look at the world, just like I'm sure it has for Daniel.

I still can't help but get emotional every time I walk into the produce section at the grocery store. And I have to stop myself from clasping the hands of strangers perusing the selection and saying things like, "DON'T YOU KNOW WHAT YOU HAVE HERE?! ARE YOU EVEN GRATEFUL!?!"

I have to remind myself whenever someone sends me a Youtube video not to read the title and just try to imagine how funny it probably is. Because I have Internet now that is capable of streaming videos! And loading my gmail! And bringing up Stranger instantly! And Paul Simon!

But the thing I can't seem to retrain myself on more than any other thing is how to drive a vehicle where the steering wheel is on the left-hand side.

For two and a half months, every single time I have tried to use the turn signal, I have instead hit the windshield wipers. Even when I make a conscious effort to get it right. I cannot, for the life of me, remember which side is which.

You ruined me, Stormtrooper.

Sometimes I feel like a pretty intelligent person. Then I get into my car, attempt to make a right turn in front of a lot of people, and start hitting every button and switch in the vehicle except for the turn signal. And then I can't help but feel like something is permanently wrong with me.

Yesterday morning I awoke to the sounds of a screamed obscenity. It wasn't me, although it could have been and has been on many prior occasions. Kurt and I are early risers. This is a new thing for me. In Palau Daniel usually peeled 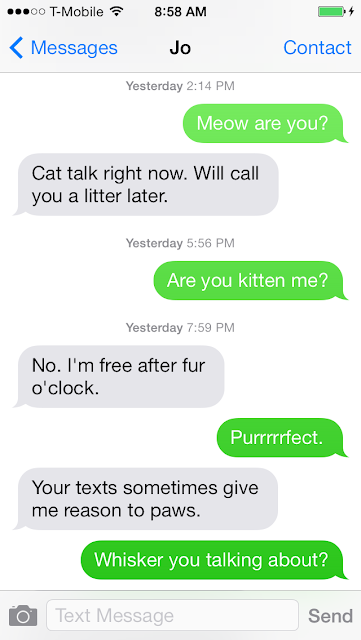