On Saturday night I hung out with my friend Jesse. I stopped by his place and he said he wanted to watch a movie and there was a Redbox just down the street so "let's go see what they have."

The LAST time I got a movie at Redbox, it had Queen Latifah and Dolly Parton in it. And my friends in Salt Lake are STILL trying to determine whether I can ever be trusted again.

We walked up to the Redbox and started flipping through dozens of movies neither of us had ever heard of. Then we saw it.

Jesse: Yeah. I don't remember Queen Latifah being in this movie.


Jesse: Oh. My. Gosh. Eli. I think this is a remake of Steel Magnolias! Starring Queen Latifah!

Eli: Huh? I've never heard of such a thing.

Jesse then started frantically tapping through the screen, with obvious excitement.

Jesse: We are going to watch this whole movie. RIGHT. NOW.

Eli: You want to watch the black remake of Steel Magnolias? On a Saturday night? THIS is what you want to do tonight?

Jesse: DON'T YOU WANT TO SEE THE JUICE SCENE?!

I had to admit, I sort of did want to see the juice scene. You know. The one where Shelby has a diabetic attack at Dolly Parton's hair salon and she's all shaking and like "I'm gonna leave!" and Sally Field is like, "I would like to see you try!" And then Dolly Parton is like "should I get her a cookie?" And the mom is all, "no. Juice is better."

You guys. It's the first time in my life that I've ever been able to quote lines to a movie before they happened even though I had never seen the movie before.

And, no. I'm not proud that I basically have Steel Magnolias memorized and spent a Saturday night proving it with the black remake. 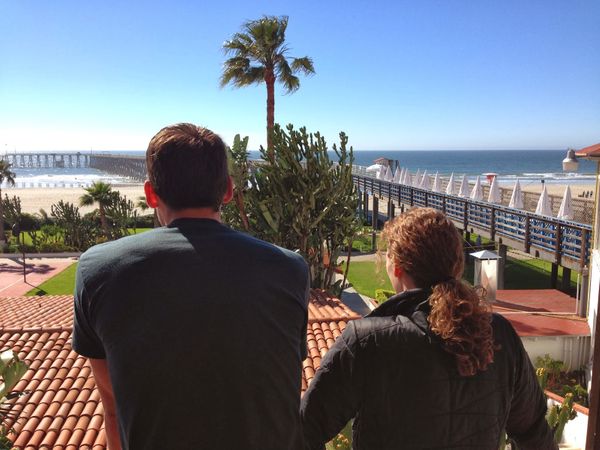 Happy February's end, Strangers. We have had a very odd February in Salt Lake City. For several weeks it has been sunny and warm. I'm talking t-shirt weather. I noticed

On Monday night my good friend Hannah came over to my place and graciously made me dinner. You guys. Anyone who wants to come over to my house and make me dinner is welcome to stay for as long as they want, no questions