Thirty years ago this coming Sunday, Cathie gave birth to a screaming ten-pound baby. The story has been exaggerated so much over the last three decades that nobody really knows what happened anymore. But if you listen to her tell it, blood was pouring down the halls of the hospital and a homeless man from the street ultimately delivered me using a spatula and rusty whisk.

Here I am now, thirty years later. And it's so so strange to me that thirty years have gone by. THIRTY. That's the age Danny Tanner turned on that episode of Full House when he couldn't say the word "thirty" without stuttering ("I'm turning th-th-thirty"). And you guys. Danny Tanner was SUPER old.

I'm not super old. I'm just this young dumb kid who still doesn't own anything and has to call his dad every time he uses insurance because CONFUSING.

And I think back now on my twenties. And it's odd to me that they are over. They ticked away, day by day, laugh by laugh, heartache by heartache, and now, they're gone.

I began my twenties in Ukraine. And I spent chunks of the decade living and traveling in different parts of the world. A stint in Moscow. Some wandering through Europe and the Middle East and Central America and Asia. And, toward the end, a life-defining year in the Equatorial Pacific.

I didn't get married and I didn't have babies, but I spent more than a third of my twenties outside of the U.S., trying to understand the world and my place in it. And that was right for me.

I worked hard and accomplished some big goals. I experienced what felt like devastating setbacks from time to time.

I learned some stuff in that process. There are some things I wish I had done differently.

I wish I had taken a few more risks. Not the kind that could have killed me, but the kind that might have made me look like a big idiot if they didn't work out.

I wish I had dared to spend more time doing the things that actually make me happy. I'm not talking about pleasure. I'm talking about fulfillment.

Ultimately, my twenties taught me some lessons that I hope to never have to discover again.

It's foolish to trust your heart to someone who doesn't seem to care about their own.

It's a waste of time to explain yourself. Because your friends don't need an explanation and the rest don't care to listen.

Everybody is fighting a hard battle and refusing to acknowledge that is a burden to others.

Talent is meaningless without discipline.

You will never regret being kind. Too trusting? Maybe. But not kind.

Honesty is key to mental stability.

It is amazing how far you can get in life by just being dependable.

Immediately forgiving is a habit worth obtaining and it should include choosing to forgive those who never apologized.

Everybody deserves a second chance. But you aren't personally obligated to provide that to all people.

And most importantly, all of the noise in the world cannot undermine this simple truth: selflessness directly correlates with true happiness.

I'm heading off to Ukraine tomorrow morning and I'll turn thirty in just a few days. Thank you dear Strangers, as always, for joining me on my expedition through delayed adolescence, where we continue to "come of age" through a series of hard-earned lessons and strange stories that evidently continue to happen, even when you're turning thirty. 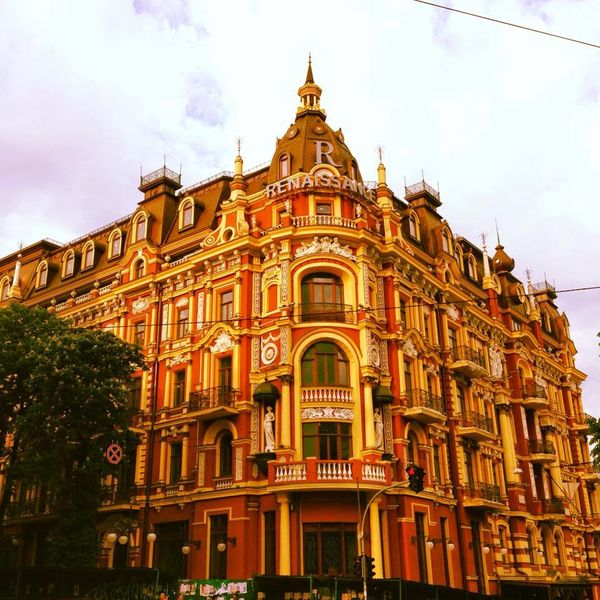 We landed in Kyiv Ukraine on Friday afternoon after twenty or so hours of traveling. Brandt had never been to this part of the world before and didn't know what

Sunday, 11:30 PM, on the way to pick someone up at the airport. Cop: Do you know why I pulled you over tonight? Eli: Is it because my hair looks really good and you wanted to find out what product I use? Cop: