You guys. The Ironman is now four weeks away!

That can be counted on one hand! Unless you're my eighth grade shop teacher who only had three fingers on each hand.

I remember showing up to the first day of class and seeing how many fingers he had and thinking, "your fingers were chopped off? Really? So cliche."

But then I ended making a damn impressive wooden Model T Ford truck out of that class so my attitude changed entirely. Well. Truth be told I didn't make an impressive Model T truck. Mine was a total disaster. The wheels were uneven and I thought I could fix it by sanding down two of them. But the wheels were specialized rounded pieces so I have no idea why I thought this would work. Then when it came time to take the trucks home, I just picked a different one that went unclaimed but looked pretty good and that's the one I brought to Bob and Cathie.


It's still prominently displayed in the McCann home.

On a side note, that whole sanding down the rounded wheels to fix the uneven problem is exactly why I don't work in a job that requires me to have skills that translate to anything practical.

Earlier this year when I ventured to southern Utah with Disney Prince Hair Brandt, we stopped by the polygamists and tried to attend church. But we weren't exactly ushered in and so we awkwardly drove around the parking lot until finally just heading home.

It was like high school prom all over again.

My friend Nic biked a portion of my 90-mile ride with me while the rest of our friends hiked through God's greatest creations.

And you guys. Guess what? I BIKED 90 MILES IN THE HOT DESERT HEAT OF SOUTHERN UTAH. And I survived.

We finished the ride and I unzipped my bike shirt and pulled it off. And suddenly everyone gasped. I don't know what happened. I guess I didn't wear enough sunscreen. But somehow I ended up with the world's worst tan line.

I know it doesn't look super pronounced in that picture. I tried to take a picture that would show how bad it is. But it's not showing up like I need it to. But at least you can see where the line is and just imagine how obvious it must look in person.

Ok FINE. I showed you that picture so you could see how amazing my hair looks just after I get out of the shower. Plus O2 and the lamb haven't been featured on Stranger lately so I needed to find another excuse to bring them in.

After biking, Nic and I wandered to a local pizza place. I want to take a moment to just say that the only time I ever feel like I live in a big city is when I venture to southern Utah and the locals ask me where I came from.

Local: Oh wow! I ain't never wanted to live up there! Too many people! I don't know how you do it!

Eli: Oh you know. You get used to the city life after a while.

Note: Salt Lake City has fewer than 300,000 people. You run into half the people you know at the grocery store. This isn't exactly Manhattan.

Anyway, we walked into this pizza place. I had thrown on a sleeveless shirt BECAUSE I'M TRASHY LIKE THAT ON VACATION so a few of the patrons began commenting loudly on my ridiculous tan lines.

Then we began ordering food. The girl cut us off and said, "hang on a sec." Then she walked back into the kitchen and yelled, loudly enough for us to hear, "TAMI! YOU GOTTA COME OUT HERE AND SEE THIS!"

Tami returned with homegirl and the two gawked at my sunburn. And I was all like, "I know. I'm a celebrity. Super exciting."

Because any time anyone pays any attention to me in public I like to pretend like they're just doing it because I'm a celebrity. Even though usually it's just because I accidentally got naked.

But Zion was nice.

Last night I was in my office until 1:00 in the morning. I'm not a workaholic. Not trying to convince anyone that this is something that happens to me often. Usually I have a very predictable schedule. But every once in a while 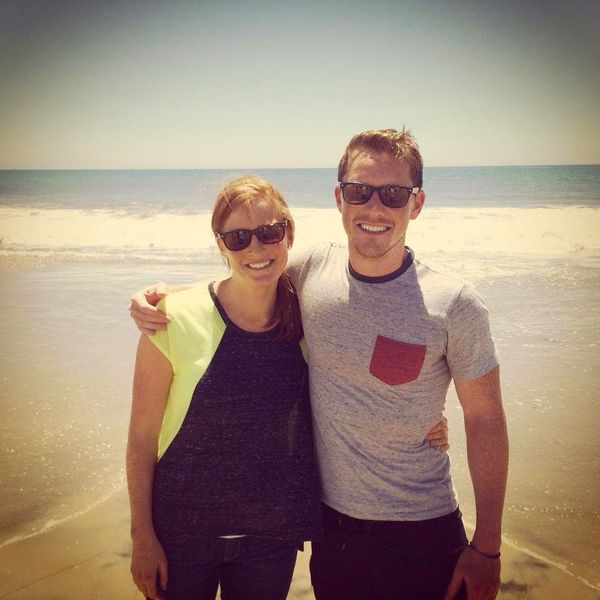 So the other day I wrote that post [https://www.itjustgetsstranger.com/2014/08/sweatblock-is-like-father-to-me.html] about how SweatBlock has completely changed my life since parents have stopped pulling their