My friend Burke is possibly the greatest human being of our generation. A couple of weeks ago we were talking about how I needed to move for the eleventy millionth time in the last ten years and how much I was dreading the task.

MOVING IS LIKE GOING CAMPING IN THE WINTER WITH THE ENTIRE CAST OF GLEE. Except you also have lift heavy things.

Well, as I was complaining to Burke and pondering how it is that I have conducted my life in such a way that has caused me to have to move between 1 and 4 times a year, every year, for an entire decade, Burke offered his help.

He told me that he had the day off on the coming Friday, that I should take the day off as well, and that we should use his truck to transport my entire apartment of stuff to my new house, effectively getting all of the moving done in one day.

Burke more than lived up to his incredibly generous offer. He showed up first thing in the morning and helped me navigate my heavy furniture into and out of elevators and down long and windy hallways. We took several loads of my personal items in his truck and unloaded them into my house across town. It took the vast majority of the day, and when it was over, I was already writing the holy scripture off of which I am going to base an entire religion on worshiping Burke.

I'm currently spending my life savings having all of the stars in the universe be officially called variations of his name.

For the rest of my life, I'm going to do exactly what he asks of me. Unless he asks me to get a pet snake or wake up early to train for the Ironman with him.

SOME PRICES ARE TOO HIGH.

After we had taken the last load of heavy furniture, Burke suggested that we go back to the apartment to get the rest of the smaller items that were still there. I declined the offer, suggesting to him that he had done too much already and that I could get the rest of the things in half a carload anyway.

You guys. That was NINE days ago. That half a carload? Look. I knew my spacial (spatial?) reasoning has never been one of my strongest qualities. When they used to have you guess how many marbles were in the jar in elementary school in order to get a prize, I would always write down something like "fourteen million!" and then the answer would end up being 70.

Is that even spacial reasoning? Or is that a different skill I'm bad at?

WELL THAT'S HOW BAD I AM AT SPACIAL REASONING. I don't even know what spatial reasoning is! OR HOW TO SPELL IT! Seriously, is it spatial or spacial? WHY IS NO ONE HELPING ME!

And I certainly did not have an accurate concept of how much stuff was still in my apartment when I told Burke that I only had half a carload left because I have now loaded my vehicle to maximum capacity FOUR times to take additional loads to my new house. By the time I get the load there, I am too tired to sift through it, so I dump the disorganized boxes full of plungers and eggs into a back bedroom to be sorted out later.

And every time I fill my car up all the way, I look around at what is left in the apartment and think to myself, "ok. Looks like just half a carload left now. I'll come back and get this later."

I think my belongings are multiplying and replenishing the apartment while I'm gone.

Either that or Rebecca is sneaking in and leaving handfuls of junk there during the day.

Whatever is happening, the anticipated quick move is turning into an eternal process.

I remember so well the days of being able to load every single thing I owned into one car.

Does anyone have any connections with those people from Hoarders?

Every time I get on Facebook right now there are a thousand posts that are like "check out Amy's year!" and then you can click on it and scroll through a thousand pictures to see what Amy ate in 2014. And I'm always like, 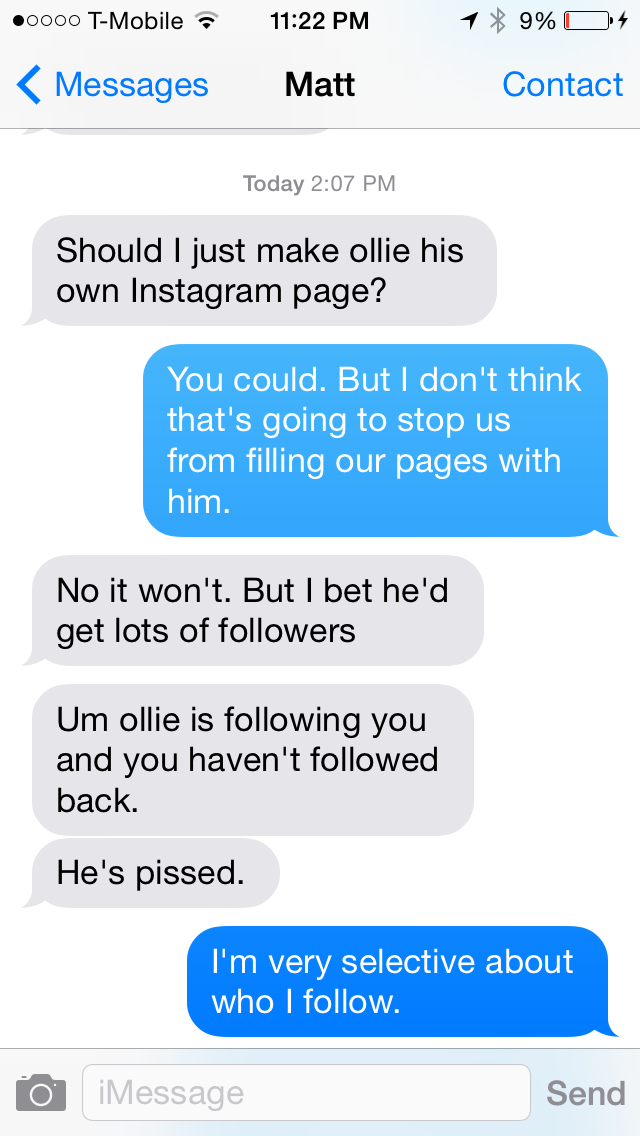 So it's getting late and I just finished the three-hour AMAZING Survivor finale. Did anyone watch it? I know it's not 1998 anymore, but some of us still follow the