This weekend I dragged Matt and Ollie across the great state of Utah to help me collect 100,000 new things for my home improvement projects. Matt has become my general contractor who I have do at least ten new projects in my house every day. I pay him in compliments and smiles.

Somehow Matt knows how to do everything. This does not make sense to me. I asked him where he learned all of the things he knows and he said, as though I was an idiot for asking, "I learned it FROM BEING ALIVE."

We ended up at Lowe's where I bought a new light fixture for my kitchen and a number of other little things I've never heard of but that Matt swears are necessary if I want my house not to explode. Then we sauntered out to the car.

Just as we were getting in, I heard a man who was a little ways away from us in the parking lot yell some words. I hoped that I had misheard him, but then he looked at me and said something incredibly offensive and I realized that I had not misheard.

I quickly surveyed the situation and figured out what was happening. This man was heckling some gay couple whom he had apparently seen holding hands in the parking lot. In his heckling, he called out to me, I think assuming that I would join in and help him. He tried to draw my attention to the couple, and asked me whether I could believe that these !&$% would dare show their faces in public like that.

I didn't even bother looking where he was pointing. This man was far more interesting to me than the subjects of his attempted ridicule. And I stared at him intently, believing somehow that this couldn't really be happening in my lovely home town.

The first thought that came to my mind was that my dream of being on "What Would You Do?" was about to be fulfilled. And I quickly glanced around for hidden cameras because I wanted to make sure they caught my good side.

But this wasn't a hidden camera TV show moment. This was just a nasty real life situation without actors. The words that man used and the things he said were disgusting to me. And without much thought, I immediately launched into the kind of tongue lashing that I could have only ever learned from being raised by Cathie McCann for thirty years.

I don't really remember all that I said to this man. I think it started with "are you kidding me? What year are you living in?" and ended with "just get out of here!" There was a whole bunch of stuff in the middle, too. But I'm proud to say that none of it included profanity, name-calling, or threats. Although I can definitely say that I wasn't exactly kind.

Partway through my own heckling, a woman who had just parked next to us got out of her car. She listened to what I was saying and then heard the man across the way attempting to yell offensive slurs over the top of my raised voice. Although much more civil, she joined in on my rant, calling out to the man, "what could possibly make you think it's ok to behave in this way?"

Eventually he got into his truck and drove away. The woman turned to me, looking about as flustered as I felt, and said "I feel sorry for that man." I snapped back, "I don't. He's chosen to be that way. I feel sorry for every person he encounters." She told me that regardless of who deserved her sympathies, she was sad that someone would act in that way. Then she added, "I'm sorry you boys had to experience that."

I got into the car and immediately realized that having walked into the situation late, she had falsely assumed that Matt and I were the gay couple whom that man was harassing for holding hands. I don't know what it was about two grown men dressed alike and buying home decor with their small white cavoodle that could possibly have made her assume such a thing. But I took it as a compliment that she thought we were together romantically because that Matt is one fiiiiiiine piece of man. Bow chicka bow wow, hubba hubba woo hoo! Hashtag international male model. Hashtag amiright?!

I also think Matt should have taken it as a compliment because I was having an exceptionally good hair day. Hashtag I woke up like this.

I mentioned this to Matt who excitedly started texting several friends that we had just been "gay bashed." All of this was probably an inappropriate initial response to what had just happened. But what can we say. We like drama and attention.

As we drove away, I replayed in my mind dozens of times what had occurred. My brain implicitly began attempting to find some way that it was all just a misunderstanding. The part of me that wants peace and justice at all times looked for any opportunity to see that what had happened had not really just happened.

But it had happened the way I remembered. Someone was hateful to a couple of people he didn't know. And he expected backup from other strangers. Me, specifically.

I was grateful then that we live in 2015 and not some time before when he would have much more likely been successful in getting the backup he wanted. And then I replayed my response over and over in my mind, wondering how I should have handled it differently.

I remembered an experience from a few years ago when I was working for a judge. We were walking into the courthouse together and a fight broke out on the front lawn near us. This was not a fair fight, mind you. The judge immediately ran over to it, yelled in a booming voice, and broke up what was happening. He also flipped his phone out and called the police so quickly that I immediately made a mental note to never have a gun duel with him.

Later that day he made a comment that has stuck with me more than anything else I ever heard him utter. "Every time you fail to say or do something when people are behaving badly, you plant a seed for bad behavior to happen again."

I had heard variations of the idea that when you don't stand up for good you support bad. But I hadn't really thought about how a failure to call out hate makes it easier for hate to happen again. That endorsing meanness doesn't end at the stamp of approval; it validates the person, and maybe others, in thinking that meanness is acceptable at a later time.

I doubt that this man drove away with changed views and a new resolve to love the gays. I would like to be that persuasive, but I'm not quite that naive. My hope, however, is that he'll hesitate before treating someone that way again not out of a desire to be kind but because he'll remember that the last time he acted that way, it wasn't very pleasant for him. The last time he acted that way, the majority of the people present in the parking lot told him that his behavior was unacceptable. I don't know that that's realistic, but I think it's a possibility.

Nothing really happens without majority endorsement on some level. Sure, dictatorships represent a powerful minority, but if you break down their history, at some point, a majority accepted a practice or a culture or a set of ideas that paved the way for the injustice that resulted. And far too often, widespread silence is a majority endorsement of hurtful bigotry. Assuming we care about the community in which we live, how we feel on the inside is almost entirely inconsequential if it's insufficient to motivate our actions. Nobody ever benefited from another person's undisclosed charity.

That man in the Lowe's parking lot? I don't wish him harm. I wish for him understanding. I'm not optimistic that he'll get it. But I wish it just the same. And if nothing else, I wish for Stranger to act as a cyber megaphone for his words, enough so that good Strangers everywhere might be motivated to be slightly more inclined today to open their mouths and stand for good.

That's our opportunity and our privilege. 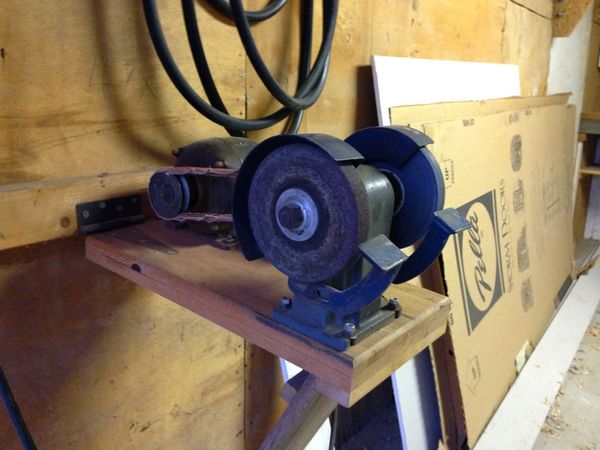 I keep finding this weird stuff in my house because it was built sometime right after cavemen developed the first tool. Ok, so it's not quite that old. I exaggerated. 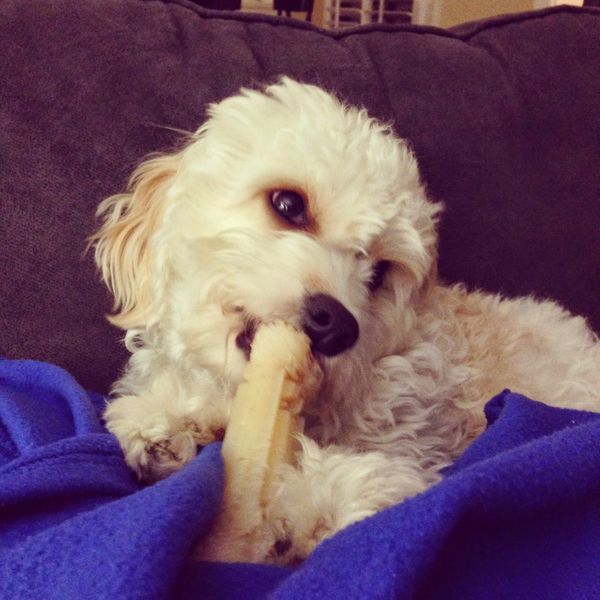 My five-year-old niece Emrie, formerly known as "the niece who hates me," called me tonight to ask if she can come sleep over at my house. Our relationship seems to