This trip was sort of a spur of the moment deal for me. Well, only sort of. I ran into Kimberly and Tyler a few weeks ago after having not seen them in over a year. They told me they were going to Eastern Europe soon and invited me to join them.

This was probably one of those things where they were just being enthusiastic and polite but I took them seriously, marked my calendar, and bought a plane ticket that night during a stress work session. And then I texted them a picture of the Travelocity confirmation page with an excessive amount of emoticons.

I met Kimberly exactly six years ago. We lived in Moscow at the same time and worked down the hall from one another. We instantly became best friends. The kind of best friends who make terrible decisions together and almost get one another killed on a daily basis. Because of Kimberly, I climbed into many unmarked vehicles, followed strangers down dark alleys, and got stuck more than once in incredibly dangerous neighborhoods at 3:00 in the morning without a way to get home. Also, I think she's responsible for my parasite, Lohan, that I picked up that year.


Tyler was in Moscow at that time, too, but we didn't know him. Kimberly met Tyler immediately after I left Moscow and the two were married the following year. Tyler is the kindest and most responsible human being either of us has ever encountered. I am 100% convinced that he is the only reason Kimberly is still alive today.

They have two incredibly adorable children: a four year old and a ten month old. And they, quite bravely, have been traveling through several eastern European countries with those children for a few weeks now.

With the kids, Kimberly and Tyler are a little more limited on what they are able to do on this trip. For example, going out after 8:00 PM.

And THEN, they go to bed before the sun even sets. Somehow. Some way. They are able to fall asleep after all that napping.

Despite this, traveling with these kids has been one of the most fun aspects of this trip. And I'm going to go through serious withdrawals when I return, which will probably cause me to adopt twelve hundred children as soon as I get home. And then I'll teach them to sing and we'll be like the von Trapp family on crack.

NOT THAT WE KNOW WHAT CRACK IS.

Despite being sleep deprived and not 18 anymore, I've been heading into town every night to explore each city and see some of the night life. And every night I have ended up staying out WAY beyond my curfew because Bob and Cathie are 6,000 miles away and they can't hurt me anymore.

This has been working out just fine and has given me a chance to meet people from all over the world. But then last night happened.

I remember from my time living in Ukraine and Russia that packs of dog gangs roam the streets by night and rule the land. They are mean. They are vicious. They are smart. Studies have shown that they have figured out how to navigate the complex Moscow metro system.

But ain't nobody warned me that the meanest of hounds have migrated to Sarajevo Bosnia. And they all live on the long and windy road that drops 4,000 feet from the apartment we are staying in down to the town.

I'm not kidding about this hill. When we first drove up it I seriously thought someone was going to have to get out and start pushing. It is almost a straight vertical climb. And the street is so narrow that only 1/4 of a car can fit on it. And yet it is somehow a two-way road. Every time anyone drives on this street all of the laws of physics are violated at once.

Seriously. We were in town yesterday without our rental car and we got turned down by four taxi drivers after we told them where we were staying because there was no way in hell they were going to get involved in that mess. It probably didn't help, too, that we had two strollers, a car seat, and an absurd amount of Bosnian hand-painted dishes at the time.

Anyway, this is the road where eleventy million of the meanest dogs on the planet live. And this is the road I was walking up last night at 2:30 in morning, breathing like a hole-neck smoker, when I was ATTACKED.

And ok. "Attacked" is a slight exaggeration. No dog actually touched me. But one jumped and barked at me and its bark was so loud that it set off car alarms in India.

I had a long stick in my hand at the time because this wasn't my first rodeo with this neighborhood's dog gang problem and I had previously decided I would not climb this mountain again without protection.

The stick was of no help to me in my time of greatest need, however. I didn't even see the dog coming. The dog that probably can't even be technically called a "dog" because it was more like that t-rex from Jurassic Park. Also, it had rows of teeth. Like a shark. And its paws were suspiciously bear-like.

And when this Shabesaur jumped into the air and let out a booming howl, I literally fell onto the ground and screamed.

Every swear word I've ever heard in my entire life came out of my mouth at the same time. It sounded something like "SHNOPICKU!!" Which I think should become the new worst swearword, by the way. Because none of the currently-available words are sufficient in moments like the one I had last night when Shabesaur tried to attack me.

Because the hill was so steep, I didn't just fall to the ground. I fell over and slid four feet into a gutter. A wet gutter. Fortunately I stink so much right now from wandering through Bosnian villages with exactly one change of clothes that I couldn't tell whether the source of  the wetness was human bodies.

I guess you could say I'm pretty lucky.

Nothing else happened. I was able to get up and walk away unscathed. I think Shabesaur decided that I looked too pathetic to continue to pursue.

I know this scenario well. Because my dating life. 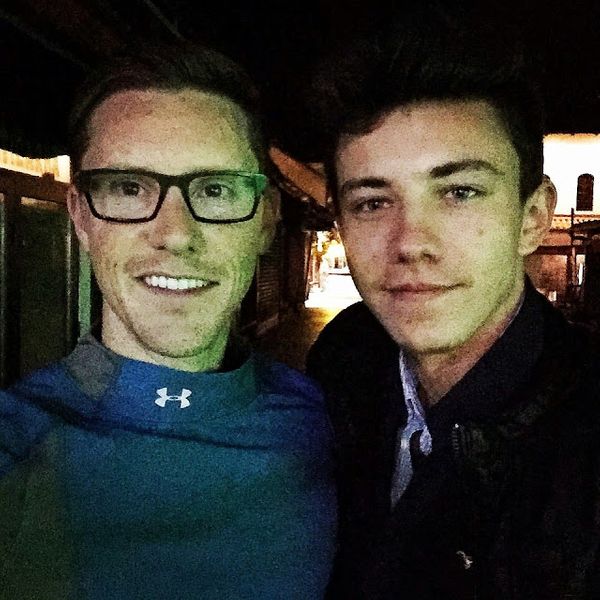 She was so polite when she asked for it. "Can you please pass me a tissue?" It came from four-year-old Liv's mouth from the back seat--the bench seat on which 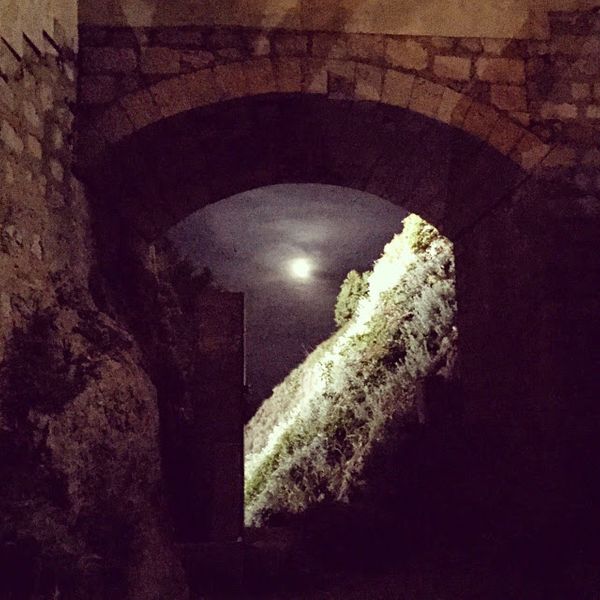 It occurred to me, just has it has many times in many similar circumstances, that I might be murdered as we climbed the old stone steps into the darkness. My