"There's one thing I know for sure and that's that you can't beat the price of bread!"

"It wouldn't be a big deal if Mary would just stop feeding everything that walks up to the house."

"I could have been an artist, you know! A real artist!"

"Of course the whole country went to pot when ol' what's-his-name took over. Thanks Obama."

[Lots of drill sounds] "The only difference between me and the dentist is that I don't give you a toothbrush at the end. HAHAHAHAHAHAHAHA!"

"Maybe if washing machines came with a garbage disposal we wouldn't even need kitchen sinks anymore."

"The whole world is basically just one huge nation now and yet you still can't leave America without someone killing you!"

"This snake tool just reached India. I bet this house is going to start smelling like curry."

"There's no business like show business and that's why I stayed out of it! HAHAHAHAHA!"

"I should've saved all the gunk I've collected from drains over the years and made a monument out of it. I could have called it 'The Piece of Crap-a.' HAHAHAHAHAHAHAHA!"

At the moment he's singing "God Bless the U.S.A." not quite at the top of his lungs, but close to it.

I'm not sure if he has been directing all of these comments to me or whether he's having a conversation with himself. So I just keep politely yelling things back like, "oh is that so?" In any event, I'm really proud of myself because right after he said the thing about getting older every day I agreed with him and then added "twice up the barrel, once down the side."

It was the greatest moment of my life when he yelled back, "ain't that the truth!"

My friend and I were sitting in a bookstore a few hours ago watching a hipster play a violin (quite well, I might add). He interrupted his own music every once in a while to give a very long explanation about how we are 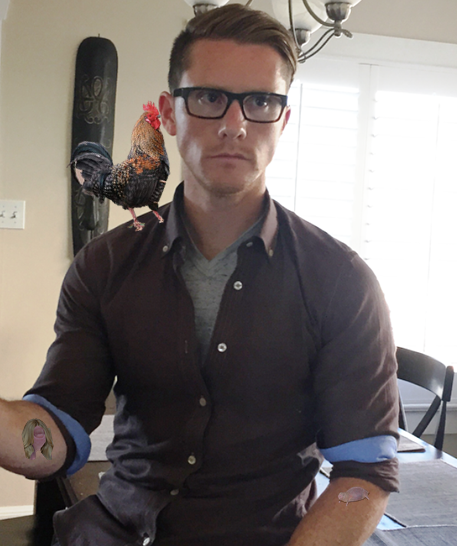 Rebecca has been out of my life for two weeks now and I'M NOT PLEASED. I haven't heard much from her. But last weekend she called me at some probably