Brianne: Did you notice that I folded all of the clothes scattered about your office and put them in neat piles?
Eli: That large stack of sweaters is all mine?
Brianne: Yes. They've been collecting here for about 2 years.
Eli: Oh. I didn't notice I had clothes here.
Brianne: You didn't notice the 6 sweaters, 5 pairs of pants, 4 pairs of shoes, 2 suits, and 9 shirts that were laying on the floor and that you've had to step over ever day for many months?
Eli: I try not to look down. It seems snobbish.
Brianne: Well, if you would have looked down every once in a while, maybe you would have noticed the several opened packages of cookies and 3 rotting bananas next to your desk.
Eli: Cookies?!
Brianne: I threw them away.
Eli: YOU PERVERTED RACIST MURDERER!
Brianne: Eli, they were all stale. You are the perverted racist murderer for letting cookies go bad.
Eli: Touche.
Brianne: I also found these [holds up a pair of glasses that are being held together with tape]. For the love of all that is holy, why do you still have these awful transition glasses?
Eli: For seeing.
Brianne: They aren't even the right prescription. And you have new glasses because I made that appointment for you a few months ago. You don't even wear these.
Eli: But what if I lose my new ones?
Brianne: Then you will go find replacement glasses with the correct prescription.
Eli: Fine. Hand them to me. I'll throw them away. [Eli pretends to throw them away but puts them in a drawer instead. Brianne sees this and rolls her eyes.]
Brianne: Ok, next: I've arranged your travel for this work conference in Cleveland, but I'm very nervous about you having a rental car there and having to drive somewhere by yourself.
Eli: I'LL HAVE YOU KNOW I'M VERY RESPONSIBLE!
Brianne: You realize you're talking to the person who has had to navigate you over the phone several times to places you've been to before IN YOUR HOME TOWN, right?
Eli: Point, Brianne.
Brianne: To that, I have created this extremely detailed and tabbed folder labeled "trip itinerary," because I know you don't know how to access information through technology. I am placing a copy of this in your bag and I need you to try really really hard not to lose it.
Eli: But if I do, I should call you?
Brianne: If you're being careful and you don't lose it, then you won't need to call me.
Eli: Right. But, let's say it gets lost. Then I should call you, even if it's really late?
Brianne: How would it get lost if you're being responsible?
Eli: Like, what if a crow rips it out of my hand as I'm walking down the street?
Brianne: That won't happen.
Eli: Well I don't know what kind of hazards I might encounter. I've never been Cleveland before.
Brianne: A crow will not rip it out of your hand in Cleveland.
Eli: Ok, but for the sake of argument, let's say it does--
Brianne: [Sigh] then you can reach into your other bag and get out the second copy I made and put in there.
Eli: I see that this isn't your first rodeo.
Brianne: Lastly, I need you to try to pack your bags more than 15 minutes before it's time to leave for the airport. I don't want to see you have another nervous breakdown this month.
Eli: Very good point. I'll pack tomorrow. Although, I will need to go clothes shopping first.
Brianne: Is this another "I have to buy a shirt because nobody is doing my laundry" thing again?
Eli: Well there's that. But also, all of my clothes seem to have disappeared somewhere. I don't have any left in my closet.
Brianne: [Shakes head]
~It Just Gets Stranger 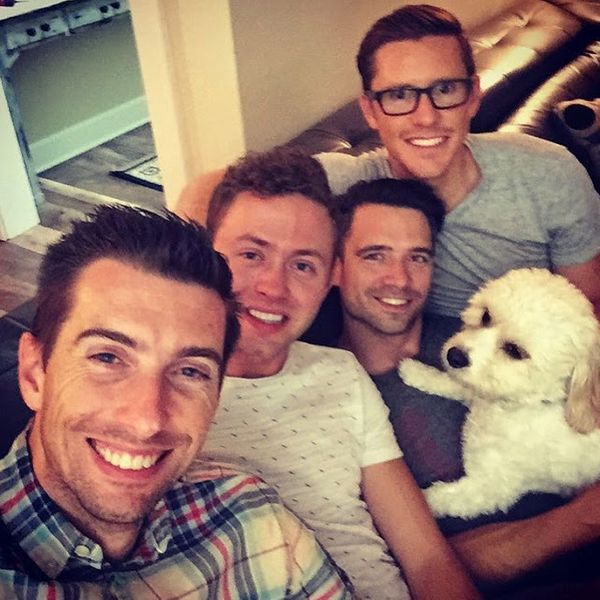 I got a haircut today NOT THAT I EVER NEED A HAIRCUT BECAUSE MY HAIR NATURALLY GROWS TO THE PERFECT LENGTH AND THEN STOPS. Anyway, I walked the four blocks

There was this big golf tournament with the firm and some clients last summer and I had experienced an excessive amount of anxiety over this because I, Eli Whittlebottom McCann, do not golf. You guys. First of all. I think golf is the most