I am sick. So so sick. My voice is exactly 20 octaves below normal. I coughed so violently this morning that I actually caused Earthquakes in Burma. But the cough simultaneously stopped crime across the world so there's reason to believe it was actually a good thing and you can stop judging me.

I think I'm so sick because I've been working exactly 2 billion hours every day. And I know what you're thinking. "But Eli, there aren't 2 billion hours in a day. What you're saying is impossible. All you ever do is lie to us. We aren't even surprised that you have the kind of name in which the letters can be rearranged to spell 'lie.' Your hair is a national treasure and whenever anyone sings The Star Spangled Banner we secretly think the part about 'gallantly streaming' is talking about how it looks when you wake up."

Ok, first of all, stop. I'm blushing and I'm so embarrassed about how much you love me. I hate that you insist on reminding me how wonderful I am all the time. I think your hair looks great today too. Not as good as mine, but you have other qualities that are better than some of my other qualities so it all evens out and we are equals.

Second, I know there aren't actually 2 billion hours in a day. Every great once in a while I like to exaggerate a tiny bit on Stranger. This should be a relief to you. If everything I said here was literally true, then I should be deported from this country and never allowed around animals.

But y'all. I have been working SO much lately and I'm 'bout to go crazy. AND I LITERALLY NEVER EVEN SAY Y'ALL.

I'm stressed out of my mind working and Mr. Scraps is somewhere all like:


Then Mr. Scraps and Mr. Pants are somewhere else all like:

There was this time when I was in law school (read: three straight years) wherein I never felt like I had a moment's rest. It was an insane period of my life and one which I told myself repeatedly was only temporary.

"If I can just make it to graduation," I told myself, "I will never have to deal with this work-load again."

I LIED TO MYSELF. You guys. You aren't the only victims of my dishonesty. Past Eli lied to past Eli about future Eli and now present Eli is suffering because of that lie.

I SHOULD GO TO JAIL OVER THIS.

Look. I like being an attorney. I like the work that I do. I'm not like that one attorney who took advantage of your grandma that one time. I work hard to make a difference I can be proud of, well aware that that other kind of attorney is out there in droves. I think I help people and that makes me happy.

But some days I think I would be better off working in a surf shop in some beach town, even though I don't know the first thing about surfing.

Of course, last time I had these thoughts I moved myself to the Equatorial Pacific wherein I learned the hard way the true meaning of "paradise."

Maybe all this work is good and fulfilling on some level. But I just can't help that sometimes I wish I was a cat owned by a very wealthy and lonely elderly woman named Sheridan. 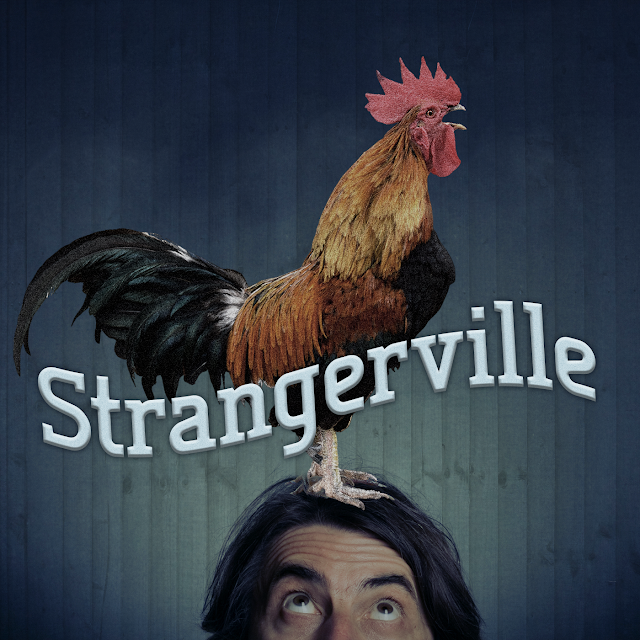 Jolyn and I are ecstatic to make the biggest announcement on Stranger since Tami. No, we aren't getting married. We don't think the world is ready to come to an

I don't know exactly where or when I picked up this habit but some time ago I started eating unpurchased food in grocery stores. Look. It's not stealing. It's not like I eat it, hide the wrappers, and then leave. I intend on paying