I don't know exactly where or when I picked up this habit but some time ago I started eating unpurchased food in grocery stores.

Look. It's not stealing. It's not like I eat it, hide the wrappers, and then leave. I intend on paying for it. But I like to have a little snack while I'm grocery shopping because grocery shopping is the world's worst thing.
It's worse than war. It's worse than all war. I will not apologize for saying that because I absolutely mean it. War is the second worst thing in the world. Grocery shopping is the first worst. Glee in syndication is third. But occasionally I move it up the list depending on how much I love America that day.
So I need a snack in order to survive the task. And it isn't stealing. I mean, maybe it's kind of like stealing but then apologizing and offering to make up for it at the checkout line. And that's totally ok to do because I had to do that once with Bob and Cathie when I stole a jawbreaker from Reams Grocery Store when I was six and Cathie drove me all the way back and made me talk to the store manager about it.

Cathie had warned me on the drive that it was within the realm of possibility that the store manager might make me go to prison for the rest of my life and most certainly miss Gumby later that day, and every day, for the crime I had committed. She was at least a little deflated when the store manager seemed totally uninterested and told me I could keep the jawbreaker because they were giving them out for free that day at the checkout line so I in fact had not stolen, contrary to both mine and Cathie's previous understanding.
Undeterred, Cathie then drove us to the police department where she went inside "to see if maybe I can talk them out of arresting you if I tell them you'll promise never to break the law again." She went inside, presumably to stand alone in the breezeway between the doors, just out of my sight, only to return five minutes later with a look of amazed relief on her face since she was able to "make a deal with prison."
Later that day Bob informed me that if I ever stole again, I was going to have to sleep out in the chicken coop, a very common and eternally effective threat at our home growing up.
Yes. This was because of the Queen of Colors.
Anyway, so when I eat food while shopping, it's sort of like the old jawbreaker situation, except I pay before I even walk out of the store. And actually, now that I think about it, it's really more like a restaurant. Because you don't pay until the end of the meal. So maybe the way I grocery shop is more like how we eat at restaurants. And maybe I should be tipping the register people?
The register people always seem a little judgy when I start sending empty wrappers and bottles through the conveyor belt but I typically find that they calm down if I just start apologizing profusely and making it sound like whatever I did was the result of a medical emergency.
But the good folks of the Sugarhouse Fresh Market are starting to catch on that medical emergencies seem to be a little too common with me.
And they were not amused on Thursday when I finally crossed a boundary.
Y'all, I don't know what I was thinking. I wasn't thinking. I just wasn't.
Open and drink the protein shake? Fine. Eat a box of crackers? Great. A bag of M&Ms? Certainly. A bag of assorted shredded cheeses? This is America, after all.
Those things are fine to eat while grocery shopping. And I ate all of them on Thursday. While grocery shopping.
What isn't fine to eat while grocery shopping? I'll tell you. Bananas. Bananas are not fine to eat while grocery shopping. Because y'all. Bananas are priced by the weight. And you don't weigh them until the checkout line. And bananas weigh slightly less without the inside part.
And somehow, none of this occurred to me until I place the TWO banana peels on the checkout conveyor belt. Right after the empty protein shake, the hollow box of crackers, the massacred bag of M&Ms, and the mostly empty bag of assorted cheeses.
Eli: Oh my gosh. I just realized I ate these bananas and now you won't know what to charge me for them.
Lady: Wow. This is a first for me.
Eli: Can we go get two different bananas and weigh those ones? Like, get the biggest bananas you can find so you know I'm not ripping you off?
There was a line. A line of people behind me looking over me to see what all of the commotion was. A line of people looking at the pile of empty wrappers, boxes, and now banana peels sitting at the register in front of a dumbfounded employee who was definitely not getting paid enough for this.
She sent someone away to retrieve bananas. We waited for an eternity, as I apologized profusely and dramatically to the people waiting in line. The checkout process proceeded swiftly, and I got the hell out of there.
Ten minutes later, in my kitchen, I unpacked the two bananas the employee had retrieved to weigh before mistakenly placing them in my bag.
Do you think Cathie could possibly make another deal with prison or was that a total fluke?
~It Just Gets Stranger 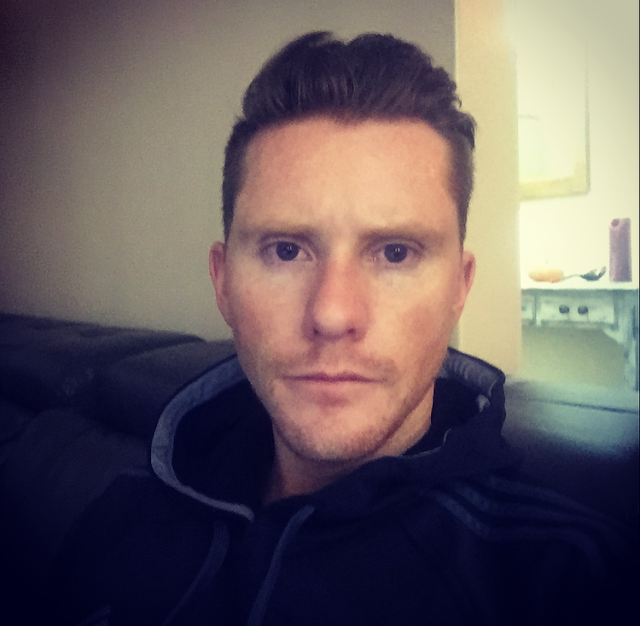 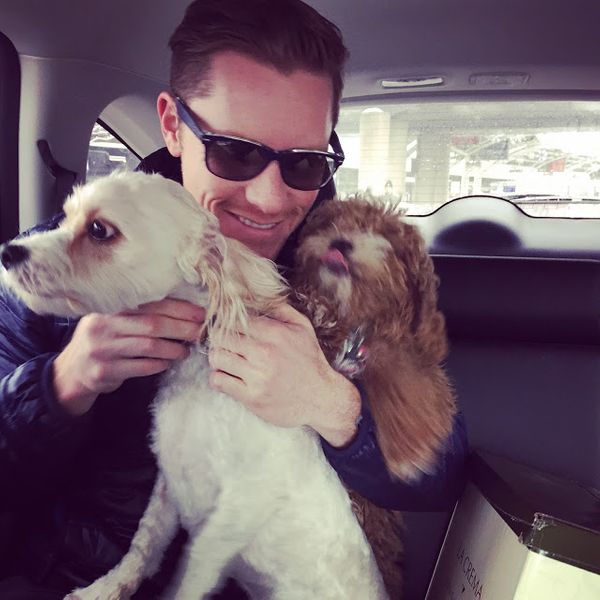 Matt thinks he has Ebola and I've been very insensitive about it each and every time he calls or texts to provide me unsolicited updates. I've been working exactly double