I lived a nightmare recently.

Some of you are old enough to remember that this isn't my first foray into ant-tastrophe. Daniel and I participated in World War III with the creatures in Palau three years ago.

So when I saw a small bundle of ants crawling through my kitchen recently like they owned the place, I was all like, "this isn't my first rodeo." So I killed them with my bare hands like a man without a conscience and then I ate cheese with those same unwashed hands because this is America and I can do whatever I want here without any consequences.

Well the next day I saw a new gaggle of them in the same spot, but this time they looked pissed. Like how a gang looks after one of its own gets shot.

NOT THAT WE KNOW WHAT GANGS ARE, CATHIE!

So I killed those ones, too. With my same old bare hands. I ate more cheese. Everything was fine.

Then another day. Even more ants. Even more killings. Absolutely the same amount of cheese.

Finally I got up one morning and found hundreds of them scattered throughout my bathroom, wandering in all different directions like townspeople looking for a body after the winner of Miss Pratsville pageant goes missing.

This is when I came to terms with the fact that this ant problem was not going away. It was only getting worse by the day. So after I killed every single one of those ants with my bare hands, I decided I was going to finally read the entire Internet to find out what to do.

I did just that. 90% of my reading came from judgmental people who yelled at me for having a dirty house, which was seriously not helpful. I already have Cathie and at least one very scary sister in my life. I don't need Internet strangers telling me I'm a slob, too.

And truthfully, my house hasn't been dirty. I don't know what the hell the ants are getting out of wandering my bathroom. Unless they just want to see me naked. But why can't they just stand outside and casually glance through all of my open windows at absolutely any time at which I'm in the house like all of my neighbors do?

Finally the Internet told me to buy this stuff called Advion Ant Gel.

Let me be clear. This is the best product anyone has ever made in the history of ever. If I ever have a child, I will immediately ship it to this company the moment it comes into the world as a sacrifice/thank you. I feel like not doing so would be unAmerican. And I'm an amazing American. I once took something from aisle 3 at a grocery store, decided I didn't want it 20 minutes later, and then walked it ALL the way back to aisle 3 instead of putting it in the freezer section.

I bought this stuff online and patiently waited the 48 hours it took to get to me. Meanwhile, ants crawled in thick lines through my house like they were on their way to some attraction at Disneyland.

When it finally showed up, I squirted small blobs of gel in all of the appropriate places like the Internet told me and then left the house to run some errands for about two hours.

That is almost an unfathomable amount of ants! HOW were there that many in my house!?!?! Where did they come from!?

THIS SHOULD BE ILLEGAL!

How can something like this happen in the United States of God Bless America?!?!

George Washington did not die so that we would have to be held hostage by ants.

THE SAME HANDS THAT FEED ME CHEESE.

But I couldn't kill them. The Internet knew I was going to want to kill them so it warned me that when I saw 297,387,564,938,890 ants swarming the gel, I had to leave them alone so they would eat the gel and return to the "nest" and subsequently kill all of the other ants in the "nest."

Two things: First, ants are so much more horrifying when you consider that they apparently live in a place called "nest." Second, YOU MEAN THERE ARE MORE OF THEM SOMEWHERE?!

HOW CAN SHE BE SO IRRESPONSIBLE!?

So I left the ants alone and went to bed, sure that I would never sleep again. But I did sleep because hashtag drugs.

Not that we know what drugs are.

And when I woke up in the morning, all of the gel was gone. And so were the ants.

I placed more gel in all of the appropriate places and left for work. When I returned, the gel blobs were untouched, and there were no ants to be found. For the first time in weeks, I saw no ants anywhere.

I put more gel down every day for the next five days because I couldn't believe that this was true. But you guys. The ants never ate the gel. And I haven't seen a single ant in a week.

And now I believe in every miracle ever written. And I will be sending a Christmas card to the Advion Ant Gel people every year for the rest of my life.

AND I DON'T EVEN KNOW IF THEY CELEBRATE CHRISTMAS. 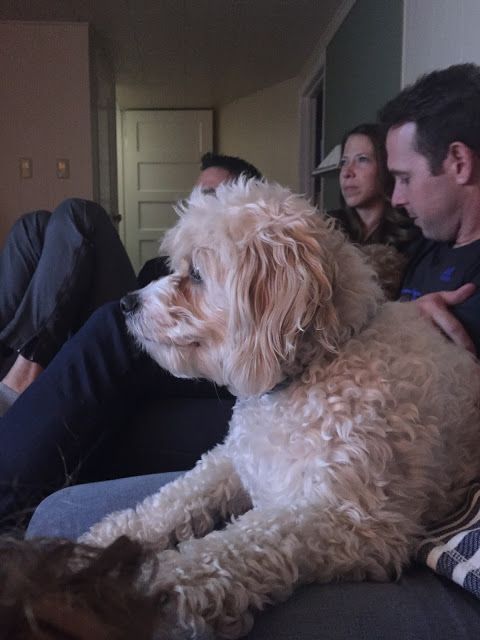 My assistant, Brianne, walks into my office every morning and asks me what kind of "mood" I'm in before saying anything else. I don't know if this means that she

If you're one of my 7 disappointed Twitter followers, you may have seen me what-the-kids-are-calling "tweet" this recently: You likely wondered what prompted me to express such a controversial opinion.