The Broome Bungalow project (Matt's house) is finally about to hit "move-in" date. And everyone is looking forward to this more than any child has ever looked forward to Christmas because we don't like seeing the Pantses homeless. And Matt's street currently doesn't have an old man who yells at kids to get off his lawn so there's going to be a general imbalance in that neighborhood until he moves in.

Broome Bungalow has been an exercise in frustration for Matt, one that, if you ever run into him, he will tell you about in such a strong southern accent that you'll taste fried chicken by the time he's done.

There have been plenty of hiccups and unexpecteds. And in recent weeks, Matt has sought the aide of a few contractors to help with some of the work, contractors who performed poorly enough that Matt left online reviews so scathing that it actually restarted the Civil War.

But if you happen to stop by Broome Bungalow now, you'll notice that what once looked like the set of a horror film, which was then turned into the set for a film about crack-addicted babies once we started tearing it apart, is now starting to look like something out of a magazine.

As you can see, the remaining work is mostly cosmetic, which means Matt can start living here like a person who showers.

He's got a talent that amazes me, and a demeanor that entertains me, plus seductive green eyes, so I don't know why HGTV hasn't given him his own show yet. Those are basically the only three elements needed to land your own HGTV show.

If you haven't done so already, you should go scan through the months of progress on the Instagram account, Broomebungalow and then follow it through as he finishes the place up and hopefully never ever moves again. Because we can't watch him go through this another time. And Mr. Pants needs a consistent roof over his head. 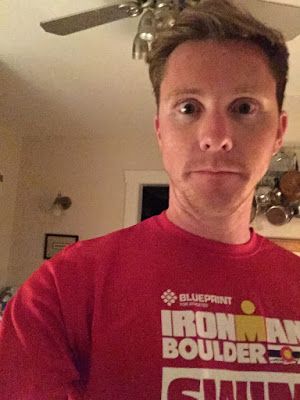 I walked two houses down the hill to greet my neighbor, a blonde woman, age 50 or so, who rivals The Perfects in magazine-cover landscaping and lawn care. It was

This week on Strangerville Shorts, enjoy a clip from a BBC Radio 4 segment in which Eli talks about the meaning behind Mary Poppins’s classic song, Feed the Birds. http://traffic.libsyn.com/strangerville/Short_Feed_the_Birds_1_1.mp3