A couple of weeks ago I got to thinking about how much I hate camping and how I don't trust anyone who claims to like it because it's not possible to like it and if my Mormon pioneer ancestors knew they were crossing the plains so we could all be homeless a few times every summer and poop into holes in the ground they probably would have just stayed in Ireland where they wouldn't get skin cancer or have to learn how to make doilies.

But then I saw an REI commercial and I was like, "I would look cute in those clothes." And I wasn't wrong.

So I planned a backpacking trip with Anna and Emily, which we embarked on this weekend. We decided to go legit camping. None of that "drive up to a campsite and sit around a picnic table" crap. Actual lost in the wilderness with nothing but true grit to rely on for survival.

We drove up to nearly 11,000 feet in the High Uintas in Utah, abandoned my car, and then hiked several miles off into the wilderness until we identified the most secluded spot we could find. And then we built our civilization. With our bare man hands.

You guys. We created a fire pit. I used a hatchet and gathered wood. We purified drinking water from a river that ran next to our camping spot. We cooked our own meals. We sang campfire songs. We looked at the Milky Way. We listened to the absolute silence, literally thousands and thousands of miles away from civilization.

And I was like, "OMG, Eli. Maybe you like camping. You look super good in these clothes. Your hair looks AH-MAZ-ING. And it's kind of peaceful and pretty out here."

And I'm not kidding about it being pretty and peaceful out there. Look:

Then we climbed into our sleeping bags in the three-person tent.

And that's when I rediscovered that the person who invented camping did the worst thing that anyone has ever done to another human being in the history of the world and I'm even including the guy who started the mullet trend.

What happened over the next eight hours in that tent should be documented on a memorial twice the size of the Washington Monument. People should have to clap for me when I get on planes from now on for surviving that night. They should name schools after me. TWELVE schools. AT LEAST.

By midnight the temperature had dropped to the 20s. And let me tell you right now, there is no sleeping bag in the world, no matter how much the creepy man at REI tries to tell you otherwise, that makes sleeping in 20-degree weather even remotely bearable.

I shivered so hard that Anna got whiplash and it caused earthquakes in Djibouti.

Someone please explain to me when my bones became incapable of handling the basic impacts of gravity.

Also Anna swears she heard a bear outside the tent trying to get our food bag, which we had tied up in a tree. But this didn't faze any of us because even if the bear had attacked, this would not have been the worst part of our camping experience. Because hashtag sleeping on the ground.

When the morning came I heard myself break the depressing silence and say to the ladies, "well, that's what we in the business call 'a terrible night.'"

They agreed, and immediately suggesting going home early rather than spending a second night in that staked down flappy piece of hell, as we had originally planned. I told them we had to stick it out. We had come all that way. I simply couldn't live with myself if we turned around early.

Bob and Cathie did not claw their way into this country so I could quit when things got hard.

So we spent the entire day trying to do anything we could to get warm. We hiked. We saw things. We cared a little less about these things than we did the day before.

Eventually we began cooking dinner and preparing to go to battle with winter for our second night in a row.

The sun was starting to set. We finished gnawing on whatever "food" we had just prepared. It was silent.

I started thinking about why I was doing this. And I was like, "Eli, you already got your camping merit badge when you were 12. Also, you aren't a Boy Scout anymore. THANK GOD. So why are you doing this?"

And I remembered that although my body is no longer capable of sleeping on the ground without subsequent physical therapy thanks to not being 12 anymore, the best thing about being in your 30s is that you don't have to do this kind of crap. It completely makes no difference in my life if I refuse to go camping. Nobody can hold anything over my head that matters to me in any way.

And then these words came out of my mouth: "So camping is terrible LET'S GO HOME."

Anna and Emily broke the sound barrier taking the tent down. Also, they suspiciously already had their bags packed. And we quite nearly sprinted to the car, which was several miles away from us.

It was dark by the time we drove away from that horrible place. We were free. We were happy.

Until we crashed into a baby deer. I slammed on my brakes when I saw it and then implicitly shut my eyes and screamed every obscenity I never want Cathie to know I've heard when I realized there was no way I could avoid it. Then I spent the rest of the evening feeling like a monster about it and searching for animal abuse charities to donate money to.

And THAT is why camping should be illegal. 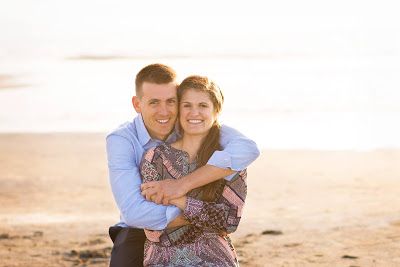 This weekend is Rebecca's wedding, which she purposefully planned at the exact times that I have eleventy other commitments. And because Rebecca insists on being a complication in my life:

This week on Strangerville Shorts, Eli tells the story of his 2004 Ukrainian appendectomy. http://traffic.libsyn.com/strangerville/Short_Hospital_Bohdan.mp3