The silver-haired nearly-naked senior citizen on the podium instructed me to fold my body into such an unnatural position that I think she could be charged with attempted homicide. I paid for her to tell me to do this. It was part of a package of five individual yoga classes taught at the end of my street. I purchased five classes because the snap-pea-eating effervescent woman answering my questions at the front desk when I first visited place so convincingly sold the service that I was afraid that not buying the package would make me a bad American.

The room was 104 degrees during all 90 eternal minutes of this torture. The same panicked reconsideration I've had each of the handful of times I've done this flooded over me the moment the instructor signaled the start of our evening torture session.

The class always seems like a good idea, until, engulfed in heat, reality overcomes my naive self-help optimism, reminding me that I've just committed to another hour and a half of hating who I am and what it means to be alive.

The others in the class seem to love what they're doing. Most of them have resting-namaste face, which simultaneously makes me want to be them and destroy them.


I say "most" because there is consistently at least one overweight middle-aged man in the back of the room, over-clothed and under-hydrated, clearly brought nearly against his will by the wife next to him who is calmly levitating in the shape of a pretzel while he lies on his back and consumes all 90-minutes worth of water he brought before the class even begins.

I'm perpetually grateful for this man. He reminds me that it's not natural to be happy about being miserable.

Another man in the far corner is defying most of the laws of physics by wrapping his leg around his torso in 12 different places. The woman next to him is balancing in a sitting position on the tip of her right foot's middle toe with such ease that I'm convinced she sleeps that way at night, considering that she looks more rested that way than I have ever felt in any circumstance in my life.

Besides my out-of-place ally in the back, I'm the only person in the room who is sweating, which is really a pretty generous way of describing the violent expulsion of perspiration projecting from my body with enough force to have measurable effects on global climate change.

There was a pool of my bodily fluids surrounding me before the class even began on that particular day. My dripping sweat made the sounds of an active and leaky faucet, echoing between the soft calls from this unicorn-esque instructor to do things I'm certain God did not anticipate our bodies would do when he designed them.

I tried to keep up, pretending through my facial expressions that I was at peace, and wondering if others in the class were doing the same thing.

And things were moving along just fine.

Standing on one leg facing a wall of mirrors, I saw it. One singular drop of something that wasn't sweat glided down to the floor. It took a moment for my exceedingly-fatigued mind to connect the dots, but I realized it before the next drop fell. I had struck a nose bleed.

And not just any nose bleed, as it turned out.

A violent and untimely eruption that turned my face into a prop from Saw IV within six seconds.

I held my hands to my face. They filled with blood immediately, as did the towel on which I was standing.

The woman posing next to me broke character almost immediately, gasping and pointing at what was clearly not a typical nose bleed. Others noticed this, drawing attention to the instructor who looked at me just as I began moving on my belly for the door, leaving a trail of blood behind me like a snail who crawled through a butcher shop.

And then the instructor, Gandalf, or whatever her name was, did something I never expected her to do. Or, rather, she said something.

"I really do insist you try to stay the full 90 minutes if you want to take advantage of the benefits offered in this room."

I assumed that she hadn't seen the massacre on my face. But she undermined this assumption when she offered, "there is a box of tissues here at the front of the room, if you really must use them in order to remain with the class."

Taken aback, I reached for the box, and proceeded to empty it, shoving wads of tissue into any hole on my face that would accept them.

I hoped for a dismissal, but it never came. And I didn't grant myself one either, reverting to grade-school rules of teacher-granted-hall-pass-only permission to prematurely depart from any class.

I bled off and on for the remaining 60 or so eternal minutes that were left of that class until a stern-yet-somehow-calm "namaste" was spoken by the teacher, who exited the room with her silver hair enchantingly flowing behind her.

I escaped shortly thereafter and passed her on my way out, a full box of tissue embedded into various parts of my face. She nodded as I walked by, offering one final word of advice:

"Quitting is not acceptable; please repeat this to yourself if you plan to strut into my class again."

If this woman is not our next president, we will have wasted an opportunity.

This week on Strangerville Shorts, Eli tells a story live at The Porch about a time he wandered a foreign airport naked, searching for his clothes. http://traffic.libsyn.com/strangerville/Short_Korean_Bathhouse.mp3 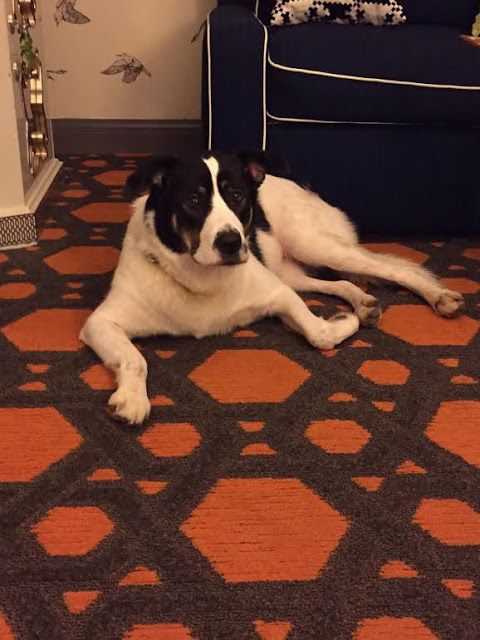 This weekend I was in Portland and I went hiking with Skylar and THE WORLD'S MOST WHINY DOG. I'm not kidding you about this dog. I love her. But OMG.