I'm having some sort of midlife crisis recently, one that I don't have the stamina to try to explain right now. It's causing me to make some rash decisions. For example, I started a furniture-making business with Adam despite having never ever made furniture in my entire life.

The furniture business was a result of a series of panic attacks wherein I suddenly became extremely worried that for irrational and illogical reasons I am going to (a) lose my job, (b) become incapacitated, (c) zombie apocalypse, (d) The Queen of Colors, (e) etc.

I just suddenly became really worried that I'm not being smart with money and that I won't ever be able to retire or provide Tami the lifestyle that she demands.

My friends are extremely worried right now. These are actual quotes from them over the last month:

You need to pull yourself together because I'm counting on you raising Ollie when I'm dead.  Matt

If you become an Uber driver I'm taking your keys away.  Skylar

You are a crazy person and I feel like you should have to give everyone an anti-anxiety pill as payment for having a conversation with you.  Sam

I support you 100% in this and I want you to look me right in the eyes right now and promise me that you'll go halfsies with me on the thickest, sturdiest bunker the Russian government has ever created.  Rebecca

The moment Rebecca weighed in with her support I knew that I was heading down a dangerous path. But also? It made me like Rebecca even more. If that was possible.

Unfortunately I had already booked my first two Airbnb guests.

Yes. I signed up to be an Airbnb host. I did this during a work meeting to stave off one panic attack that was happening in that exact moment about OMG WHAT IF THE OFFICE BUILDING CATCHES ON FIRE AND THEY DECIDE NOT TO REBUILD IT AND I DON'T HAVE A JOB ANYMORE AND I CAN'T BUY FOOD BECAUSE THIS IS MY ONLY SOURCE OF INCOME AND OPRAH STILL WON'T RETURN ANY OF MY CALLS.

It was surprisingly easy to set this up. It took me literally less than five minutes. And I was actively participating in the meeting while I was doing this. Which either implies that I'm terrible at my job or I'm amazing at it.

I scrolled through my phone to find pictures of my house so I could post them. They were admittedly terrible pictures. And a few days later Matt located them, scolded me for putting "garbage" out into the world, and then showed up at my house a day later with his camera wherein he spent an hour "staging" the place for new photos because "if you're going to do this thing, at least don't do it badly."

He didn't like the pictures he took and said we have to retake them during the day sometime. But I'm fine with them.

It seemed like a good idea. I have this basement space with a guest bedroom that never gets used. The space has basically its own entrance.

I used to host couchsurfers but then Daniel and I had that HORRIBLE experience with the German nightmares in 2013 so I've never been willing to let strangers into my home since.

But time heals all wounds. And that's how we got here.

The first guests were polite and quiet and hardly showed their faces. I loved them. They are exactly what I want in all people.

Then I got a request for this weekend. FIVE women were descending upon Salt Lake City for a "girls trip." They asked if they could book the place even though their number exceeded my maximum number of allowed guests I had listed.

They wore me down. I explained to them that I only have one shower in the house. They assured me that they don't shower. I assured them that this assurance only replaced a concern with another one.

I told them that I didn't like noise. They assured me that they were so quiet I would probably think they were dead down there. I assured them that this assurance was actually triggering for my anxiety because I swear to you my biggest fear is that a gas leak will kill my guests and I'll have to hand-write apology letters to their families (because I'm old fashioned and classy like that).

Eventually they showed up. All five of them.

They seemed nice. I felt a lot of pressure to give them ten billion words of advice to make sure they had a good time in Salt Lake City, since none of them had ever been here before.

They looked hip so I pretended to be also, informing them about all of the "rad party spots" in town, trying to casually lean against a wall that turned out to be three feet farther away than I thought, and sounding a lot like Amy Poehler in Mean Girls when she assures the teenagers that she's not a regular mom, she's a "cool mom."

They seemed uninterested in my advice so I gave up. Then I overheard them I SWEAR I WASN'T LISTENING THROUGH THE VENT IN THE DINING ROOM THAT ALLOWS YOU TO PERFECTLY HEAR WHAT'S GOING ON IN THE GUEST BEDROOM HOW WOULD I EVEN KNOW THAT BECAUSE I NEVER DID IT WHEN WADE WAS LIVING DOWN THERE say that they were going to have "Bible study" together in the morning.

I knew my approach had been wrong, so I waited an unsuspicious amount of time to text them and give some additional tips about various religious spots to visit in town. They accepted this advice with great enthusiasm and spent their weekend on some evangelical pilgrimage of my town.

They stayed two days and everything went fine. Until one hour after they left when I tried to text Jolyn but accidentally texted them:

"Airbnb people just left. Building up the courage to go downstairs and find out if they pooped all over the place."

I didn't realize what I had done until the response came one hour later.

"Don't check under the bed."

Wait. Is this karma?

And now, your Strangerville Short: 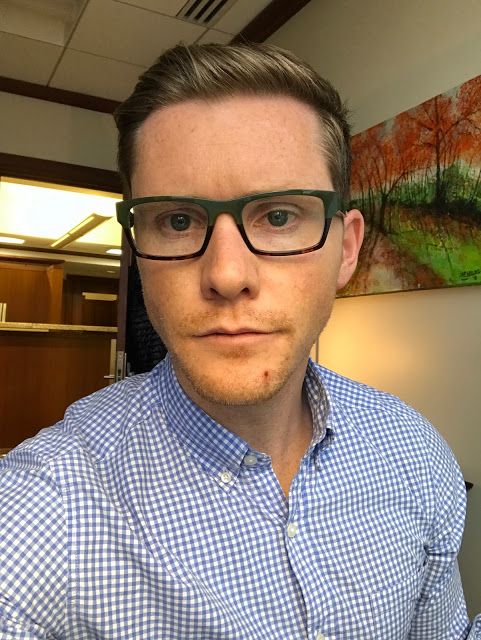 You know I'm a hypochondriac. What you don't know is that I only tend to believe I have a disease when I don't actually have one. The moment there really

This week on Strangerville Shorts, Eli and Jolyn read some of Yahoo! Answers most important questions. http://traffic.libsyn.com/strangerville/Short_Yahoo_Answers.mp3