Matt texted me on Sunday morning. It was a picture. And he followed it up with "adopt this."

I was tired from getting up at negative eleventy o'clock to take Natalie to the airport, so I threw the phone aside and ignored the text.
Matt sends me these things from time to time, telling me that I have to take in a new puppy if I "care about Ollie at all." I've successfully resisted every single one of these attempts at manipulation. Because I, Eli Whittlebottom McCann, do not want a dog.
Yes, I love Mr. Ollie Pants like a fat kid loves Mr. Ollie Pants. Yes, I would step into moving traffic just to pick some cheese off of the road that he might want. Yes, if Ollie needed two human kidneys, I would start filling my bathtub with ice right now.
But I have told myself over and over that I simply don't want a dog. Because I have no guarantee that any other dog would be as majestic and wonderful as Mr. Ollie Pants.
Mr. Pants potty trained himself when he was ten weeks old. He takes care of himself. He snuggles all the time. He lets me hold him like a baby whenever I want. He doesn't chew things he shouldn't. He sleeps exactly however long the human in his bed wants to sleep. He doesn't shed. He smells like an ocean breeze at all times.
He is a perfect creature. God can stop making living things now. He has achieved the end result.
So, no. I am not about to take a lesser animal into my home and just hope that it is half the man Mr. Pants is.
But.
But, y'all.
And I don't even say but or y'all.
After a few minutes I thought it couldn't hurt to just look at the picture again.
So I did.
And then I did again.
And then I did it even again.
And every time I did, that little puppy looked at me with those little puppy eyes that just kept saying, "daddy Eli??? I'm homeless and scared and no one will love me. All I want is to snuggle up with you and feel safe. Why won't you help me? Why won't you help. me."
And I swear to you the thought of him being in a cage actually made me start tearing up.
So I texted Matt back. I mentioned that I agreed that this dog was cute. Matt jumped at the first sign of potential enthusiasm he's been able to conjure in three years. He told me to email the rescue place and ask for more details.

The moment I realized that I might actually meet the dog, it started feeling real. And I started feeling the slightest bit of panic that OMG WHAT IF THIS DOESN'T WORK OUT.

I knew I had to be careful not to get Matt's hopes up. Matt is like my child, begging for a puppy for years. I knew I couldn't lead him on and then let him feel a crushing blow if this didn't work out or if I changed my mind. Matt assumed the role, promising he would help take care of him. He promised!

Eventually I filled out some application. I wrote eleventy hundred words. I told them all about Ollie and how we got Ollie through the same rescue organization. I told them that if I actually decided to get the puppy, I would raise it to be a productive member of society. I wrote so much that I had to add extra pages onto the application form.
I sounded like a crazy person. I even wrote the following: "I love Mr. Ollie Pants more than I like any human being and if I had to choose an eternity eating burritos or snuggling with Mr. Pants, I wouldn't even ask what kind of burrito because there's no kind of burrito that could entice me to choose that option. AND I LOVE BURRITOS. So that's why you should give me a puppy."
Then they emailed me back and asked if we could set up an meeting for the next day at "7:30" at Petco.

Then I started panicking that maybe they wouldn't want me to have this dog even though he clearly belonged to my heart.

Then s&%$ got weird. But no weirder than normal.

The next day I waited nervously until the evening arrived. I put on nice clothes, because, you know, first impressions, and then Matt, Mr. Pants, and I went to Petco. We got there 30 minutes early, because we were all nervous.

We wandered the store for a while. I informed Matt repeatedly, "WE'RE JUST LOOKING. I'M PROBABLY NOT EVEN GOING TO AGREE TO THIS."

Matt nodded and said nothing.

Then the moment of reckoning arrived.

She handed him over to me. The stench was so wretched it took everything I had in me not to gag.

The little black dog looked up at me with big scared puppy eyes that I swear said the following actual words: "I have no one. My life is scary. Can't you help me?"

And exactly 4 seconds after she handed him over to me, I blurted out, "THIS IS MY DOG AND I'M TAKING HIM HOME WITH ME FOREVER."

The woman agreed and handed me a pile of paperwork.

She informed us that "thousands" of people emailed them about this dog, but she chose me because my application was so insane. Well, she didn't actually call it "insane." I think she said "unique" or something. And she also said that since Matt got Mr. Pants from them (and as it turns out, from the exact same puppy mill as this little doggy OMG THEY ARE PROBABLY BROTHERS), she liked the idea of him coming home with me.

He's a cavoodle, just like Ollie. Although Ollie isn't quite sure about him yet (neither is Teddy).

I named him Duncan after one of my favorite Paul Simon songs, partly because I'm quite sure Mr. Doodle is going to be "the road to my survival."

I love him with every fiber of my being.

He came home with me, after we bathed him at Matt's house. He snuggled with me all night long. 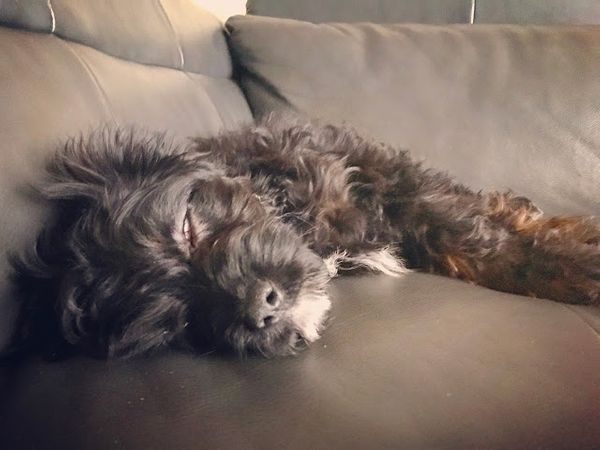 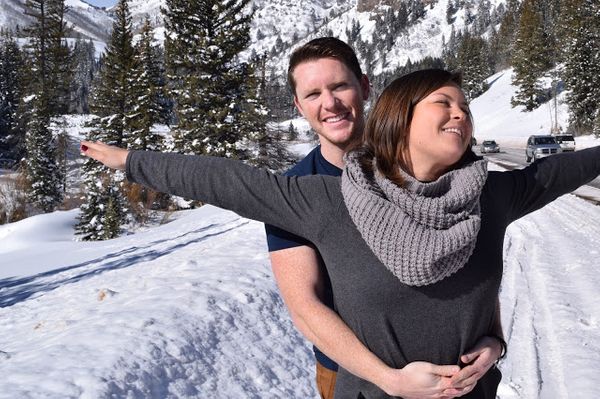 Almost exactly four years ago, I was hitting my low point in The Land of Coconuts. How it has been four years since I was living in Palau makes no