My friends, Anna and Emily, joined me on the journey. They had never seen Krakow before and I would be lying if I told you that 78% of the reason we went was not so I could take them to this underground restaurant I found several years ago called Babci Malina's where this old lady screams at you and then gives you more comfort food than any human should ever try to consume.

We were eating said comfort food a few minutes after arriving in the city. And then we were off to go church-exploring, because every time I end up in Eastern Europe I think I'm catholic or Russian Orthodox.

There's this very old and very massive church in the middle of Old Town in Krakow. I had been in it before. The place has always confused me because it has a very large chapel, and then a series of long stone-walled corridors that lead to nowhere. But the corridors are usually blocked by various black gates.


We walked into the place sometime around 9:00 or 10:00 PM. Or maybe it was 2:00. Or maybe it was eleventy o'clock on a Monday. We haven't been really sure of the time in the last four days. All I know is that it was dark outside when we walked into this church. And, for the first time probably ever, one of the black gates that is usually shut was open.

I don't know why I thought it was a good idea to introduce Anna and Emily to eastern Europe by leading them down a dark stone-walled corridor in a 14th century church at eleventy o'clock on a dark Monday, but that's what I did.

We walked down the corridor for a minute or two before we heard the sound of a locking door.

We knew this sound came from the door we had come through to get to this corridor.

But we didn't think this would be a big deal because surely there would be another door at the end of this thing for us to get out.

The corridor led to another which led to another and it just got darker and darker and more haunted with every tortured ghost that is stuck on earth with unfinished business and I'm pretty sure I heard actual whispered words at different points but I couldn't make them out because they didn't say "hello" or "thank you" or "I'm sorry about the bathroom," which are the only things I learned how to say in Polish before going on this trip.

We panicked. Like, legit panicking. Linking arms and briskly walking, we retraced our steps to verify that we were, in fact, locked in. All of the lights had been turned off by this point.

I immediately suggested that we call someone. But this was a bad plan for many reasons: 1) We had no working phone; 2) who would we have even tried to reach anyway? 911 in Salt Lake City isn't taking my calls anymore; 3) many other reasons.

We eventually started making our plan to just sleep in the very old very haunted did I mention that it was definitely very haunted church for the night and hope that we didn't freeze to death.

Moments later, Anna discovered a small door, hidden in a corner of one of the corridors, leading through what was most definitely the priest's personal residence.

There's a decent chance we offended God, but we tip-toed through this place until we eventually found a door leading to the outside. Now I'm not sure if we stayed long enough that I'm supposed to leave them a review on Airbnb.

We got a rental car this morning from a man who tried to sell us so much insurance that I think it would have technically back-covered the Titanic if we had agreed. Emily has to drive the vehicle because she practices that old black magic called "stick shift" and a manual car is all we could get.

Although, I don't know how good she actually is. For the first half of the day none of us could figure out how to reverse the vehicle, so we ended up driving two loops around a city to park in one spot we accidentally passed on the first round.

We ended up in Eastern Slovakia and in a town called Bardejov, which I think may be having something of an I Am Legend situation because this picture was taken at high noon in the town square:

Tonight we are staying in a little village near a majestic city called Kosice (pronounced Ko-si-che). I talked Anna and Emily into trying a rustic-looking Airbnb in the countryside. We are staying in what I think might be the Weasley house from Harry Potter. You have to go up or down several stairs to get to or from any room. I think our area is technically spread out on 12 different floors. And there are two sets of stairs from opposite ends leading down into the bathroom. It looks like a Mormon baptismal font. And there's a window from the kitchen looking down into the bathroom, so that's confusing, but we don't really have the energy to think very hard about it because it is negative 12,000 degrees in Slovakia right now so we're just trying to deal with that.

Oh! And, the kitchen smelled really weird and so we opened the freezer and found this:

And I really hope this isn't the last person who stayed here.

These are the end of my ramblings, most of which are here so Cathie doesn't think I'm dead. 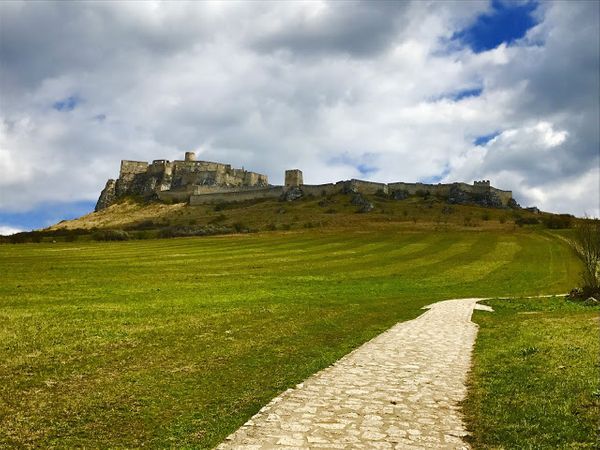 In the last 24 hours I have ended up very naked in a castle and shaken down by angry Slovakian authorities. Yes, these were two separate incidences. Yes, knowing something 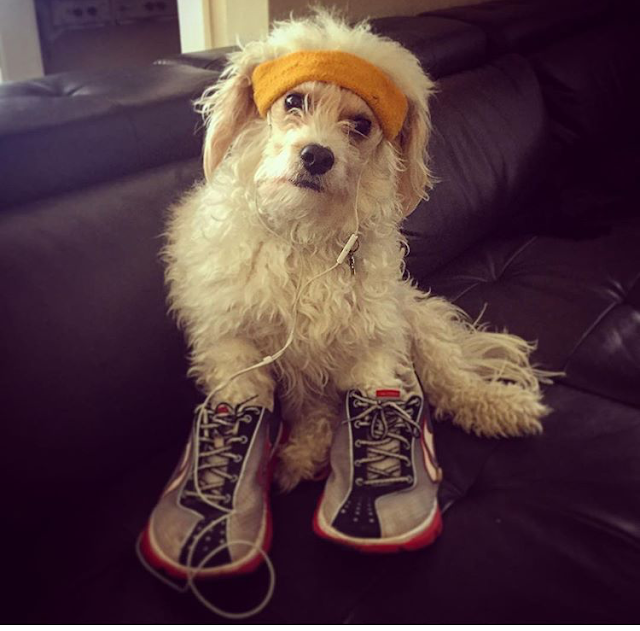 Mr. Duncan Doodle was starting to look like a homeless dog because of his scraggly hair. I was terrified to take him to get a haircut because let me remind