My body is jet-lagged and I'm not sure anymore what day or time it is, but I'm told by a thing that the kids are calling "the calendar" that Strangerville Live is happening THIS WEEK.

I decided that for this show I would finally tell a story I've alluded to on Stranger many times over the years, but one which I've abstained from sharing because I wasn't sure whether all 1,200 relevant statutes of limitations had passed yet.
Does this count as a teaser? Do you feel teased?

The point is, we are begging you like people without pride to join us for this week's show. Please get your tickets as soon as possible. And do us a solid and bring and invite your friends.

We have loved getting Strangerville Live up and running, and we can't do it without your support. Please come, and we promise to do our best to make it worth your while. The last show was one of the most fun nights I've had in a long time. It's true. You can even ask Bob and Cathie, the latter of which told me after it was over that the show was "not horrifying," which is actually a pretty strong endorsement if you knew Cathie's history with attending live storytelling shows with me. I have no doubt this second show will be the same.
We've had a number of people ask whether the show will be "kid friendly" so I thought I would let you know here:
It's a pretty PG show. If you would let your children read Stranger, you would be comfortable bringing them. But also, why are you exposing your children to Tami?
I suspect that anyone under about 12 or 13 might be bored. But I might also be underestimating your children. Please sue me over this.
In other news, Skylar and I are barely alive. We wandered around southern and central Hungary for a few more days after you last heard from me before making it back to Budapest. By this point we had come to the unfortunate understanding that we had somehow accumulated enough crap in Hungary to fill the Titanic.
Skylar has Holy Virgin Mary Celestial Kingdom status with Delta and so he can basically check illegal immigrants for free, no questions asked, out of and into any country in the world. So he suggested that we buy a very large box, fill it, and leave it with the airline.
Note: I have decided after this trip that I'm traveling to everything with Skylar for the rest of my life. I don't want to be him because the thought of having to be on the road for work 97% of the time gives me hives, but he is entitled to perks from every travel-related company in the world that God himself would not receive. When Skylar calls the Delta phone number, I swear to you they sound nervous. I'm about 70% convinced that Marriott would go out of business if Skylar lost his job.
Our flight out of Budapest was scheduled to depart at some ungodly hour. And so, after rifling through an office-supply store for a box that was so large that I'm convinced it only fit in our car through magic, we stayed up until 1:00 in the morning, wrapping things we didn't remember buying in bubble wrap and tossing them into a box that we were convinced would be smashed by the time it made it back to the United States of God Bless America.
Our first stop on our eleventy-million hour journey home was in Amsterdam, where I think we may have been identified as terrorists.
I'm not kidding about this.
The security questioning I experienced in Amsterdam might actually require therapy to unpack.
A man gathered us at a counter:
Man: Why were you in Budapest?
Us: For vacation.
Man: That seems like an odd place to vacation.
Eli: Does it?
Man: Did you travel together?
Eli: Yes.
Man: That's interesting. Because I just scanned your passports and it looks like you arrived in Europe on different dates.
Eli: Oh, yes. Skylar met me in Europe.
Man: Your stories aren't adding up, guys.
Eli: Excuse me?
Man: I'm just trying to make sense of all of this and you're not really helping me with your answers.
Eli: Ok. What do you need to know?
Man: I need to know why you flew out of Hungary considering that you flew into Poland to enter Europe.
Eli: Well, I flew into Poland and then went to Slovakia, Austria, and Hungary.
Man: How did you get to Hungary then?
Eli: Cars and trains.
Man: Can you prove that?
Eli: Um . . . no?
Man: You're telling me that you took a train to Hungary and you can't pull out one ticket to prove it.
Eli: I'm . . . not a hoarder.
The guy kept us for 10 or 15 minutes, repeating several times that our stories "didn't add up." He then flipped through my passport and saw a visa for Turkey from five years ago, demanding to know why I had gone there.
Thank the good Lord I've gotten a new passport since 2008 when a Jordanian border official stamped "Immediately take to nearest police station" on one page when I was detained and told to pay a bribe.
Eventually the guy told us he would let us go to our flight, but he said so reluctantly, like he still thought we were terrorists but he was going to let our terrorism slide this time. And part of me was like "STOP TREATING ME LIKE A CRIMINAL" but then another part of me was like "DON'T LET PEOPLE FLY IF YOU THINK THEY ARE TERRORISTS."
Frazzled, we rushed to our gate and that's when we ran into a very giant person you may remember by the name of Daniel.
Daniel: Uh, fancy seeing you here.
Eli: Did I die? Is that what happened? I died, they made me go through extreme security, and now they're making me revisit everyone from my whole life?
Daniel: Your version of heaven is sad.
Eli: But seriously. What are you doing in the Amsterdam airport at negative eleventy o'clock on a Monday?
Daniel: First of all, it's Friday. And I'm heading back home from a trip.
Eli: I haven't seen you in months. Did you get taller?
Daniel: Yes. Did you gain weight?
Eli: Probably. But also, it looks worse than it is because I'm wearing Skylar's clothes right now and he only buys children's sizes.
Daniel: So that's still a thing, then.

Skylar: Then he destroys dry-clean only items in the washing machine.

Daniel: You learned laundry? How did that happen?

Daniel: What's Herminda?
In the coincidence of all coincidences, Daniel and I were on the same 12-million-hour flight to the U.S. He was seated just a few rows behind us. I think because of this, I dozed off into several naps that led to nightmares wherein I was flying back to Palau to live permanently. Daniel would call these "happy dreams" but this isn't Daniel's site and he doesn't read Stranger so he doesn't get a say here.
During the course of flying the full eternity it took to get home, Skylar became best friends with one of the flight attendants, whom he discovered lives in Salt Lake City just a block away from my house. By the time the plane landed, he had become Facebook friends with her, made weekend plans, and committed her to come to my birthday party next week. Then, for reasons I still don't really know, he started texting the husband of one of the other flight attendants.
I don't understand Skylar's life.
But here are some more pictures from the trip.

Strangerville Live is this Friday! Grab your tickets if you haven't already. It's shaping up to be a great show. FYI also, you don't need to bring a printed ticket 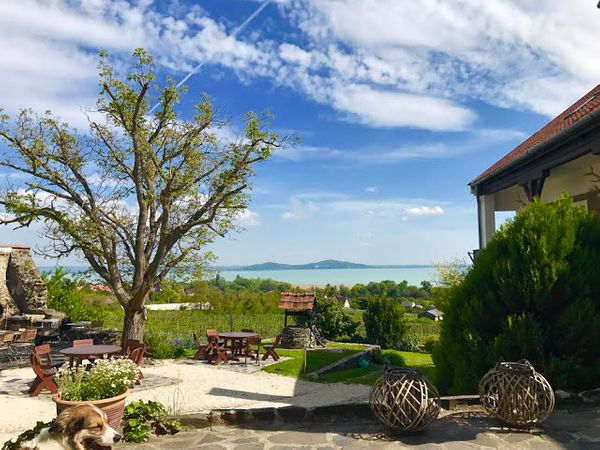 Skylar and I took a train a few days ago back to Budapest to gather a vehicle for more adventuring, but this time not by getting tuberculosis on trains. In