Woman: Comcast, how can I help you?

Eli: I turn on the television and there is no high definition.

Woman: So . . . you are not experiencing HD? Are you certain?

Eli: Quite. For a while I just thought it was because I wasn't wearing my glasses. But then I remembered that my glasses are basically just for show anyway so that didn't really make sense. But then I put them on just to test the theory anyway and NO HD.

Woman: Ok. How long have you noticed the problem?

Eli: Well, it started when I was watching Full Hou--NEVER YOU MIND WHAT I WAS WATCHING--but when I switched it over to Naked and Af--NEVER MIND--I noticed that the 1992 program I was watching looked the same as the 2016 one.

Woman: I see that you have HD channels with your service, and have for the last two years.

Eli: This is an outrage!

Woman: Do you have your HDMI cable properly hooked up?

Eli: That's not a thing.

Woman: Sir, do you know what an HDMI cable is?

Eli: Is that the same as an antenna?

Eli: I just noticed I don't even know where my antenna is.

Eli: Shouldn't I have an antenna?

Eli: Then how will I get channels?

Woman: Sir, you haven't needed an antenna in like 20 years.

Eli: Ok, lady. I'm pretty sure I know how to watch TV. I've been doing it since before Punky Brewster's friend nearly suffocated in that refrigerator.

Woman: Let's go back to the HDMI cord. You should see [repeats long boring description].

Eli: I NEED HELP. IT'S AN EMERGENCY!

Skylar: Is this an emergency or an Eligency?

Eli: Oh, this is definitely more important than that.

[Skylar comes down the stairs]

Eli: There's a woman on the phone saying Millennial things to me about TV.

Eli: Yes. And apparently we don't use antennas anymore.

Skylar: Give me the damn phone.

[The phone is passed over]

Eli: Ask her if she knows anything about a Judging Amy reboot. But don't tell her I'm the one who told you to ask.

Skylar: SHHHHHH! Ok. Yes. He has one. No, he's actually only 32. What's that? No. The HDMI cord is not plugged in. One end is currently under a rug and the other end is covered in duct tape.

Eli: Don't take it off! That's how the government listens to you!

Skylar:For the last time--the government isn't interested in your life!

Eli: I'll have you know I was a party of a very effective spy club in the mid-90s.

Skylar: I'll take it from here. Sorry to bother you.

[Skylar plugs one thing in. The TV suddenly becomes clearer than real life.] 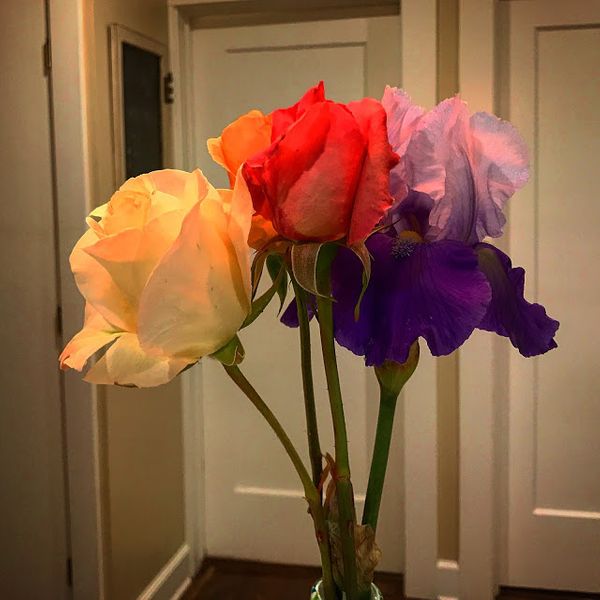 Conversation with someone at Impact Hub while we were setting up for our Strangerville Live show: Woman: What's all this for? Eli: Oh, it's for a storytelling show happening tomorrow. 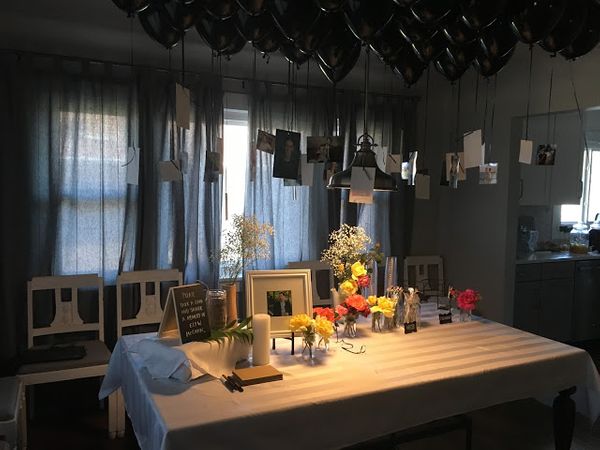 It was my birthday last week ("oh em gee eli no way you look so young you never age!" stop it you guys). I was informed by friends that they