My mother, Cathie with a C Whittle McCann (her full legal name), was a force to be reckoned with from the years 1978 to 2004 during which she was legally responsible for the minors in her care.

That's 26 years, in case you need help with the math.

She wasn't a yeller. But her stern voice was far scarier than any yelling that has ever been done by any person.

Cathie with a C was not viewed by anyone as a cruel or cold person. Her one greatest miracle, the one for which she may be canonized one day, was her ability to instill the fear of God into her offspring while being simultaneously wholly approachable.

Cathie with a C ran an organized ship. Her giant squiggly handwriting appeared on all 365 days on the hanging calendar loosely strapped to her pantry door, detailing every appointment of every one of her children. This calendar was perpetually up-to-date, strictly followed, and consistently read into the minutes of the weekly mandatory attendance family meetings that Cathie with a C conducted.

The pantry calendar is used to this day. Cathie with a C's resistance to modernizing and digitizing this system is actually very impressive.

Cathie with a C's reputation preceded her wherever she went. On one occasion, at a family gathering, I was engaged in a very violent wrestling game with all of my cousins on an open gym floor. We were dressed in Sunday clothes for some reason or another. All of us. I was ten.

An uncle appeared at the door of the room in which we were playing and called to me in a booming voice, saying "Eli, I can almost guarantee that your mother would not be ok with you horsing around in your nice Sunday clothes."

He didn't give the same warning to my 6,000 other cousins who were guilty of the same supposed crime. He didn't even attempt to stop his own children. He just stated what he knew: that at Cathie with a C's house, there were rules. And it was best for everyone to not test the limits of those rules.

Thanks in large part to Cathie with a C's influence, I eventually successfully entered adulthood.

Two years later my baby sister did the same.

And then there were no more.

And that's when Cathie with a C, shirked of her child-rearing duties, became this:

I always knew Cathie with a C had it in her to let her hair down more than I witnessed for most of my childhood. The stories of Cathie with a C's teenage shenanigans in her hometown of Brawley California are nearly legendary. And a quick perusal of her 1971 yearbook suggests that there's more to the story considering the multiple opaque messages from the town's boys reminiscing on undescribed times and longing for others.

So I assume that the moment Cathie with a C started bringing children into the world she focused and focused hard for the 26 years that the law required some level of responsibility from her.

Then, in 2004, the strict Cathie with a C we all knew and loved no longer cared about any rule or structure when it came to her children.

She became the fun grandma. The class clown. The 60-plus-year-old woman who dresses up as Santa Claus every Christmas and doesn't even try to hide her long black hair sticking out of the back of her puffy white wig. The mother who calls her son every May 18th and sings an operatic rendition of "Happy Birthday" into his voicemail, complete with a message about how "33 years ago today we were together and it was wonderful. Well, for you it was. For me it was a bloody massacre. And I had to take a cab to the hospital and it cost $7. Which reminds me--you owe us $7."

And so, it was no surprise when, two Sundays ago, while sitting on Bob and Cathie's patio, the following conversation happened:

Eli: My throat is really sore. I'm worried I may have to have a tonsillectomy.

Cathie: No. We had that done when you were a child.

Cathie: Yes. You were only two at the time.

Eli: Why did you guys never tell me about this? Are there any other medical facts I should know?

Cathie: No. Oh, except you had major surgery on your ears at that time. And we had a tumor removed.

Eli: And you never thought any of this would be important for me to know?

Cathie then went into the house, returning five minutes later with something labeled "Eli's Baby Book." She opened it and fished out various medical records. Medical record after medical record. Until finally finding the piece of paper that allegedly contained information about my supposed tonsillectomy.

Eli: Mom, this does not say I had my tonsils removed.

Eli: No. Is there any other record somewhere? Do you have any documentation to help me determine whether or not I've been living in fear unnecessarily for my entire adult life because I really don't want to experience a tonsillectomy?

Cathie with a C thought for a moment, shrugged her shoulders, said something about this not being her problem anymore, cackle-laughed, and then walked back into the house.

I loved Cathie with a C in the 90s and I love her just as much today. 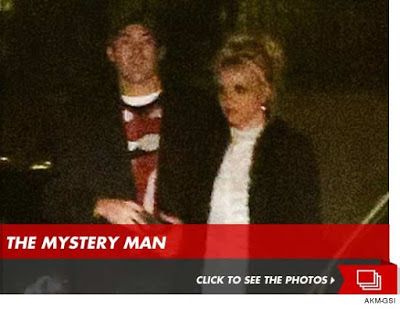 Attorney: I was googling you recently to find an article you wrote and I found out there's someone else out there with your name who is kind of famous. Eli: 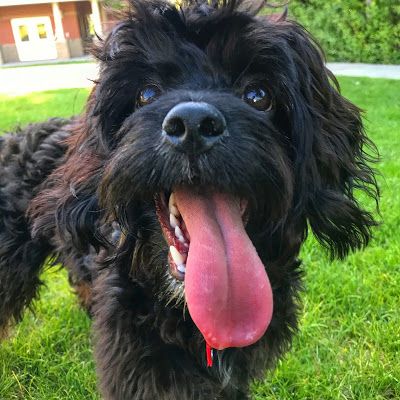 There's a puppy at my house who has decided that every hour of the night is the best possible time to scratch at any closed door, bark, and demand to