When I was in the sixth grade we had to put on a Shakespeare play. Our class was assigned to do Romeo and Juliet and I wanted to be Romeo so badly but the part went to my best friend to this day, Sam, who was a foot taller than all the rest of the kids.

Sam didn't really want to be Romeo because he was embarrassed about having to say love cliches to Juliet in front of his three older brothers who would most definitely make fun of him into oblivion after the show. He was so embarrassed, in fact, that he changed his final line in the play without telling anyone he was going to do it.

In the final scene of the 12-year-old version of the script we were provided, Romeo comes upon Juliet and thinks she's dead so he decides to kill himself (or maybe she really is dead at this point? I don't remember. I played the part of Tybalt, which meant that during this scene I was backstage practicing cartwheels with Melanie Jones. That's not a euphemism.).

Upon finding a dead Juliet, Romeo kills himself and in our script he was supposed to say, "with a kiss, I die." (Cue academy-award-winning death scene).

But Sam absolutely did not want to say "kiss" in front of his brothers. So he made an executive decision. And when the time came, he yelled out in the way 12-year-olds putting on a Shakespeare play do, "and with a breath, I die."


Fortunately I did have my chance to take the stage as Romeo. Mrs. Southwick had commissioned Sam and me to write a spoof of Romeo and Juliet that we could present after doing the real play.

We worked on this, tirelessly, for weeks.

In my memory, our play was 2 hours long. It was a masterpiece of comedic brilliance. I legit thought we were going to get discovered.

A few years ago Sam and I found the script (and a video of the play). In reality the whole thing lasted 9 minutes, it contained no fewer than 17 incredibly offensive jokes, and it was, how do I say this delicately, a HOT mess.

There was a scene change about every 15 seconds. By the time the curtains got opened up all the way, they already had to be closed. So for the entire 9 minutes of the play you can hear the constant sound of curtains being opened and shut by a very exhausted child.

Half of the jokes were plagiarized from movies our parents definitely didn't know we had secretly seen--jokes that went way over our heads.

And at least 3 of the nine minutes was just a really violent fight scene.

I cast myself as Romeo in the spoof version. Sam was the director. Each of the other 28 kids in our class were cast in the remaining roles. We worked harder practicing the spoof than we ever did practicing the real thing.

When the night of the show arrived all 30 or so sets of parents and siblings piled into the gym. We performed the serious play. Sam shocked us by going off script. And then Mrs. Southwick announced that there would be a special treat.

This was Mrs. Southwick's last year teaching at that school and I really think she just didn't give a damn. That's the only way I can understand how we were allowed to proceed.

The audience responded to the next 9 minutes with confused uncomfortable laughter.

I remember so vividly the intense anxiety I felt that night, knowing that I was ultimately responsible for what was going to happen on that stage. If we bombed, it would be on me.

THAT'S how Strangerville Live feels for me. We have far fewer scenes, there's much less violence, and we think we understand all of the jokes now. But I still have a nearly-crippling anxiety as the show day approaches that something really crazy is going to happen on the Strangerville Live stage and all of you who have traveled from basically China to get there are going to be super pissed at me and then you'll write me out of your wills and Duncan won't lick my face anymore and maybe I'll never meet Paul Simon.

But I really don't think that's going to happen this week for our third show. Because we have 4 awesome storytellers who have worked super hard to prepare some really entertaining content. And Meg and I have a few tidbits up our sleeves as well that we are so excited to share with you.

This week is the week! The show is on Friday. We hope you'll come out and support and say hello. If you haven't already done so, get your tickets at the link below.

A huge thank you to all of you for your amazing support in this project we have grown to love so much.
~It Just Gets Stranger 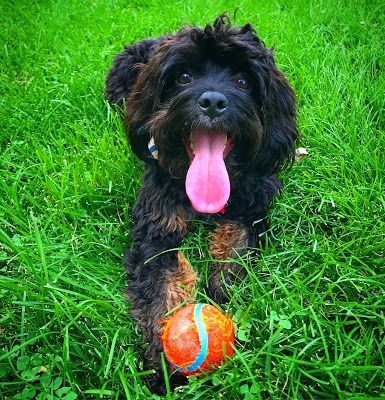 The other day I tweeted this: I have 4 Airbnb guests staying with me. They are in town for an essential oils conference so my entire house smells like everyone&

I poured over a binder of documents that if presented carefully should have helped someone in court. It was late, and I was tired. But it didn't matter. The contention of litigation didn't care that I was tired. Fighting. That's what people do. They