Jolyn's birthday is next week so we decided to have a birthday thing for her. Skylar found what the kids are calling an Escape Room and signed up 8 of us basically without asking.

Do you guys know what an escape room is? Ever done one?

Then a guy with a Metallica shirt and black eye makeup comes out and tells you in a monotone voice that he's going to lock you in a room and you have 60 minutes to find four keys and the combination to get back out of the place. Just like my pediatrician.

Also, ours was Halloween themed or something so our room was pitch dark and he told us he had cameras in there and if he saw anyone pull out a phone for light we would be "punished" and considering that we were on the bad end of town I absolutely read a lot into the word choice and so resisted the urge to pull my phone out for the entirety of the time.


Also also, I don't know what it says about us that we, without asking a single question, went to a mostly-empty building and let a creepy man lock us in a dark room with almost no instruction. And I was surprised in that moment to discover how much we all just implicitly trust Skylar despite many experiences in which he has woefully failed to earn that trust.

Our first task was to wander the room aimlessly, feeling around for three flashlights. There was an excessive amount of sexual assault during this time.

The flashlights were found after a few minutes. Then for the next 40 minutes I learned the true meaning of the phrase "too many cooks in the kitchen."

Want to know how to destroy human relationships? Put eight people with big personalities in a dark room, provide them three tiny flashlights, and define success for them as "solving a puzzle in a certain amount of time."

Within seconds Skylar was screaming out numbers he saw on a wall like he was living in that movie A Beautiful Mind, John Michael was complaining that he didn't have a flashlight, Matt was yelling at people to stop touching him (no one was touching him), Jolyn was in the corner playing an organ, and Meg and I were wandering around the center of the room trying to look busy.

At this point Meg found a stack of very dense chemistry books in the corner so she spent the remainder of the time reading them, convinced that understanding the periodic table would shortcut the whole process.

Some of the items in the room were brought in by us. For example, Skylar inexplicably brought a large stack of sweaters and jackets with him--jackets which he set in a corner "just in case" he got cold--jackets which were thoroughly examined by all 7 of the rest of us multiple times as possible clues.

It wasn't too surprising that he did this. Skylar weights 91 pounds so he is scientifically incapable of retaining body heat. His most valuable possession is a heat blanket, which he takes with him wherever he goes. The heat blanket has an extension cord that is so long that it's one of the only man-made structures you can see from space. He takes the blanket with him on business trips but leaves it plugged in at my house so he can stay warm on the flight. Yes you read that correctly.

Eventually someone found some black light flashlights which helped everyone find the next clue and a disappointing amount of dried toothpaste from the collar of my t-shirt all the way down to my belt line.

Around this time Adam, who had been yelling out instructions to us based on a color-coding system he believed he had identified on one of the walls reminded us that he's actually color blind and therefore may have wasted five minutes of our time.

By this point everyone was getting really hungry and tired and bossy so there was a lot of screaming happening. And Meg was only on page seven of the chemistry book and hadn't yet found the secret in there to cracking the code.

Fortunately Jolyn did basically crack the code possibly with the help of everyone but me and Meg who contributed exactly zero to the cause since the door was shut.

Metallica guy unenthusiastically congratulated us and then made us pose for possibly the most awkward group picture of all time.

The point is, it's Jolyn's birthday and I love her and I don't care who knows it.

Jo, you're a beautiful person. My life is better because you are in it. Almost exactly six years ago I convinced myself to go to a grocery store late on a Thursday evening. I hated going to the grocery store. But then I met you in the checkout line. Now every time I'm shopping I wonder if my life is going to completely change for the better.

I also still wonder if you are going to murder me one day.

It would be an honor to be murdered by you.

One of the reasons you shouldn't be friends with me is I will turn you into my personal assistant. Look. It's not like the job doesn't pay. It pays exceptionally well. Not money. No. It doesn't pay money. But what it pays is much 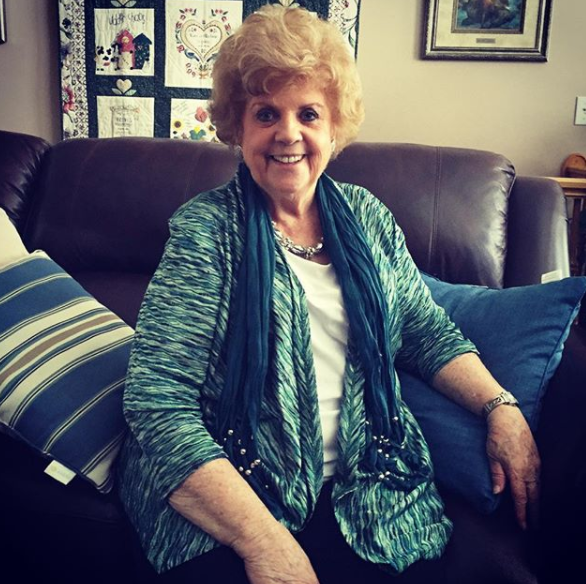 I have this monthly ritual with G-Mac. I go pick her up and drive her to my parents' house where we have dinner and gossip about all of the latest