Last week I wrote a post complaining about how cooking blogs make you scroll through 5,000 words of nonsense just to get to the one thing you were looking for in the first place. Then Meg told me that I basically do the same thing with Strangerville because people who listen to the podcast but don't read the blog have to sift through Stranger word vomit to get to the episode. And I was only incredibly offended.

So that's why I put the episode at the top. I'm not losing my mind. You were worried. You shouldn't be worried. About that, I mean. You should be worried about a lot of other things. Like e. coli, and how to spell e. coli.

In other news, I was graceful in front of my neighbors on Friday.

It all happened because it finally started snowing in Salt Lake City.


All of the global warming for the entire world has been concentrated on Utah for the past three months so we didn't get a winter this year. Tulips were popping up at the beginning of February, which is not when tulips are supposed to start popping up.

People talk about winters in Salt Lake City like they're a terminally-ill patient we're all pulling for. "Did you hear about the mountains? Got two inches last night." "I'm so happy to hear that. I know how much the ski resorts have been praying for it."

It's because we live in a desert, and drought is an ongoing fear. And if you ask any weather person in Utah, it is a perpetual drought that cannot be beaten.

The weather people of Utah cannot be satisfied. The entire ocean could be sucked up into the sky and dumped on Salt Lake City for 12 straight months in a torrential downpour and the headline would still be Much Needed Precipitation Makes No Difference.

Regardless of the weather pattern, the weather people always find a reason why the snow they have been telling us we desperately need is, it turns out, not even remotely helpful.

Also, there's a guy I work with who hates it when people say prayers in church and they use the phrase "we're thankful for the moisture" so much that he doesn't say "amen" after, which is the Mormon equivalent of drunkenly driving a car into your enemy's house.

And so, driving home from work on Friday to the fresh foot of snow that was still falling on my neighborhood, I arrived at my bobsled track, which is how I now refer to my driveway.

I've told you before, my driveway has concrete retaining walls on both sides and it is so narrow that after 3.5 years I still tense up and wonder if my car is going to fit every. single. time. I pull into it.

As you can imagine, this task is much more difficult in snow and ice and parking a car on it in those conditions is not at all helped by the fact that the driveway is also steep enough that I have twice come home to children sledding on it in the winter.

When I turned onto my street, I began bracing myself for the technical feat of wonder I would have to perform to build enough momentum while going into a sharp turn and hopefully aiming well enough to not total my car by parking it.

Fortunately I had just finished watching two full weeks of All The Figure Skating and so I had the confidence I needed to really land this ice capade.

Unfortunately, I needed more than confidence, as it turned out.

I made it about half way up the driveway before my car suddenly fell all the way back down to the street, turned sideways, and landed in a deep snow bank.

Of course The Perfects were all out, each with their own snow shovel that perfectly matched their outfits and they were shoveling the driveways and sidewalks of all of the elderly people on the whole street because that's what they do and they didn't need to shovel their own driveway since snow spontaneously melts and disappears and then reemerges in an African village that needs water every time it snows at their house.

I was, of course, not dressed for the occasion because I refuse to wear clothing that is appropriate for the winter because I believe when you put on a coat it means that you are letting winter into your life and I don't do that so my spring jackets (for I own no winter coat) were all inside and I could hear the voice of Bob McCann saying a Bob McCannism right in that moment: "well your jacket isn't doing you much good if you don't wear it!"

By the time I got out of my car and started making the trek through snowmageddon dressed like it was May 10th, Mrs. Perfect and Son Perfect had already left some helpless widow's property to come dig this perfectly-capable-33-year-old man out of his own irresponsibility. And they were singing a song together and saying things like "many hands make light work!" and "thanks for giving us a chance to help you!" and other things that were so nice that they actually offset the Vietnam War.

And they shoveled as I literally fell twice on my way up to the house to get a jacket and a snow shovel and then I dropped my keys into the snow and had to dig them out with my bare hands and by the time I got back outside they had basically completely finished shoveling my entire property and had sculpted angels in my front yard that are now being featured on magazine covers and I have the best neighbors in the entire world and I don't think they could ever know how much I want to be them.

And, in case you like the Stranger word vomit and chose to read the above instead of listen to the episode, here it is again:

This time in Stranger, a man explains how a very strange wedding photo came to be. Also, Meg and Eli talk way too much about TV.StoryWedding Photo, by Anthony BussioProduction by Eli McCann & Meg Walter 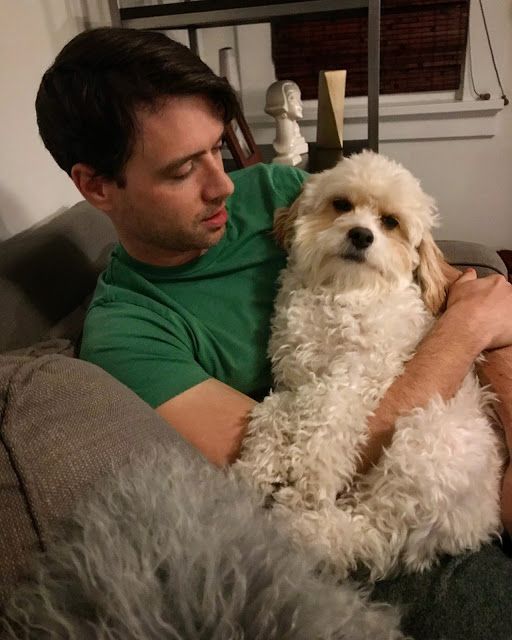 This time in Stranger, a man explains how a very strange wedding photo came to be. Also, Meg and Eli talk way too much about TV. Story Wedding Photo, by Anthony Bussio Production by Eli McCann & Meg Walter http://traffic.libsyn.com/strangerville/