I don't know why it came up but recently I was talking with Skylar about my earliest life memories and he basically called me a liar. I'm angry about this because I know I'm right.

I have four different memories that all seem to have happened around the same time, although I'm not sure of their order.

One is of my cousin Ryan talking to his mom, my aunt Sally. We were in the basement of their house and she came to the top of the stairs and the two had some conversation. Ryan is a couple of years older than me, and I remember watching them talk and being impressed that Ryan could have a conversation with an adult because I was just barely too young to understand what they were saying.

I remember pulling a little horsey on wheels down the hallway at our house, barely able to take a few steps without stumbling, and my mom stepped into the hallway holding my baby sister, who was an infant (only 18 months younger than me). There was a big mirror at the end of the hallway behind her, and I remember that when she stepped in front of it, it blocked my view. I had been watching myself get closer to the mirror as I pulled the horsey toward it.

I remember going to my great grandpa McCann's funeral. I was wearing my favorite clip-on bow tie. My dad picked me up so I could look into the open casket. When I did, I reached down and tried to touch grandpa's eyebrow, just as my dad pulled me away from it. I remember that vividly.


And I remember going with my dad either right before or right after the funeral to help clean out my great grandpa McCann's apartment. I remember that he was living on the second floor, that it smelled like cigarette smoke, and that some men were taking his mattress down the stairs to the parking lot.

Each of these memories would have happened right around the time I turned three or just before.

They're dreamlike. Almost fuzzy. And each one makes me sad in a way that's kind of hard to describe--the sort of hard-to-describe sadness that nostalgia brings. Why is that?

I told Skylar about these memories and about how old I would have been when they happened and that's when he defamed my good name and told me I had made all of this up because nobody can remember anything from before they were three. He is especially skeptical of the cousin story because he doesn't believe it's possible to form memories before being able to speak a language.

I texted my parents about the grandpa funeral memories and they confirmed some of the basic facts I had remembered on my own, including the timing of his death. These are things that no one would have ever told me.

I've had friends tell me that they remember traumatizing experiences from a very early age, but nothing else from that same time. And I know that a lot of counseling is often all about pulling these types of memories to the surface and trying to understand them. I have a friend who told me years ago that he had been really struggling with some fears all his life and had no idea why. He finally saw a therapist and after several sessions, he suddenly had a traumatic memory pop into his head. It was something that happened to him when he was two and something that he had not remembered until therapy. (I've mentioned BetterHelp before, and I'll do it again, for anyone looking for counseling services.)

But none of these early four memories are really about any kind of trauma, so I'm not really sure why I remember them. And for the past couple of weeks I've been trying to figure this out, to no avail.

So if you guys could tell Skylar he's wrong and also explain to me why I remember these things, that would be great.

And while you're at it, if you are comfortable sharing, what is your earliest memory and why do you think you remember it?

This time in Strangerville, Eli and Meg talk Twitter. And an 12-year-old girl takes a prank phone call a little too far. Story Prank Call, by Kina Scott (music by bensound.com) Produced by Eli McCann and Meg Walter http://traffic.libsyn.com/strangerville/ 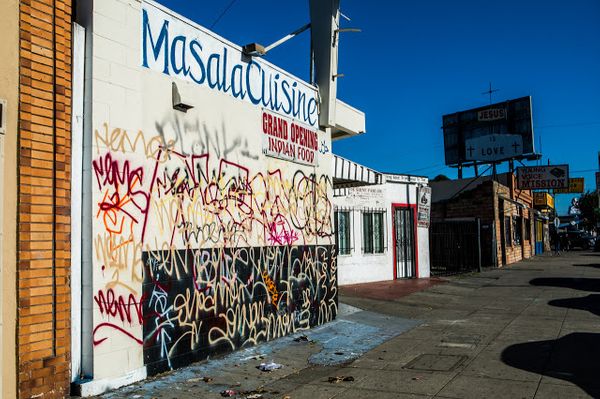 Paul Freaking Simon and I made eye contact on Friday night. I'm not kidding you about this. Skylar went to the concert with me even though he was all like