The exciting news is that we have a date for our next Strangerville Live show. We'll be back at Church & State on Friday, September 14. And obviously we want every single one of you and your grandmas to come and support the storytellers. But the more important reason to come is to see if I accidentally kill Meg and her unborn child.

It all started when Church & State told us that something happened to their small stage and they don't have it anymore. The cause of the disappearance is still a mystery to me. But they said that if we wanted a stage, we better bring our own.

I asked Jolyn and Meg how many stages they had lying around the house and they had like 50 but all of them were being used that night so they didn't have any to spare. So I asked them if they even thought we needed a stage in the first place and both of them, in unison, screamed "WE WANT PEOPLE TO SEE OUR BEAUTY."

Then Jolyn was like "can't Matt just build us one?" And I was like "I OBJECT" because I'm a lawyer and that's how we talk all the time. And I told Jolyn that I don't need no man in my life to build things for me and I'm perfectly capable of building things on my own.


So last night I took Skylar's Subaru to Home Depot and bought eleventy million dollars worth of supplies to build my own stage.

As it turned out, Skylar's Subaru was about 90% too small to transport the very large boards I purchased, and so I had to travel the two miles home with the hatch-back door fully extended to the sky while simultaneously driving and holding onto about three tons of material so it wouldn't fly out of the back of the car and kill one of you.

Then I hauled all three tons of that material into my backyard and spent the next several hours making the stage version of the Charlie Brown Christmas tree.

Skylar had been out all evening studying with his new friend from school (HOW CUTE IS IT THAT HE'S MAKING FRIENDS AT SCHOOL DON'T YOU JUST WANT TO PINCH HIS LITTLE CHEEKS). They showed up just as I was delicately standing on top of my creation, trying to get a sense of how dangerous it is.

They told me I basically needed to get an insurance policy just for this stage.

Then I texted Meg and Jolyn about it and Meg basically told me that if she is killed due to a stage collapse while hosting this show, I probably can't have her children.

Basically I'm saying that this show may be a soap opera.

And that's why you should come.

Get your tickets at this link. First come, first serve.

As a teaser, I've been wanting to tell a certain story for seven full years now but for a plethora of reasons I've been too afraid to. But I think the statute of limitations has passed (any lawyers in the house who can check this for me?) so I'ma go ahead and go for it.

Hope to see you there!

This time in Strangerville, Meg tries to explain Twitter to Eli. Again. And a couple from Alabama faces an impossible choice on a highway while their 8-year-old looks on from the back seat. Story: When You’re Feeling Heavy in Your Chevy, by Anonymous 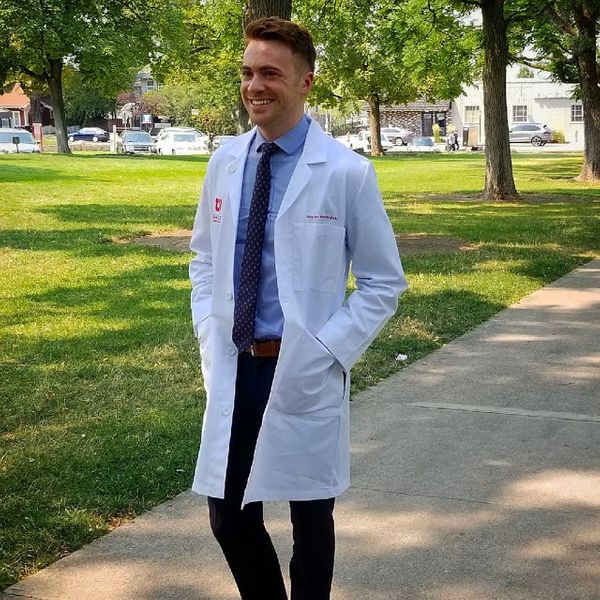 Last week I attended something called "white coat ceremony." This is where 150 grown people are dressed by other grown people on a stage in front of a crowd of