Skylar and I traveled to visit his family in Portland for Thanksgiving. Matt came with us because he is our child and we are proud of the boy he is becoming.

I hereby suggest that all couples everywhere get a non-biased third party to go with them to visit their partner's family for holidays. It was like bringing along my own personal audience. One who could provide commentary on everything that happens by looking up from their phone periodically and saying things like "be nicer to Skylar" and "get me some food" and "scratch my back right on this spot," because Matt doesn't entirely understand that we aren't his servants.

Skylar's family is lovely and we get along smashingly.

But the whole point of this post is to address the fact that people think that Skylar and Matt look like brothers, which freaks me out. Also, I think these people are wrong.

On our last night in Portland, we went into the city with Skylar's sisters and their husbands. We were at some place that had a photo booth and someone suggested that we check it out.


I posted the only of the four photos the booth took that had all of our faces in it (we are very bad at photo booths, as it turns out).

I noted in the caption on Instagram that we were hanging out with Skylar's family. Within minutes, a handful of people sent me messages saying how much Skylar looks like his brother. Multiple messages asked if they were "twins."

I messaged these people back and asked them which man in the picture they thought was his twin brother, confused, because neither of his two brothers is pictured, and they all referenced "the guy in the very middle."

As I was getting these messages, while we sat at a restaurant and I was reading them because I'm very rude and I refuse to change who I am, I lamented the fact that multiple people thought Skylar and Matt looked like brothers, considering that I don't see the resemblance AT ALL, and the waitress who was standing nearby said, "you're not?!" And then she said she assumed they were related.

There's a history of this. The first time Bob and Cathie met Skylar they blurted out in unison, for that is the only way they speak, "YOU LOOK LIKE MATT." (And then they looked at me and screamed "YOU'RE GAY?!")

We have heard similar pronouncements over the years. Neither Skylar, Matt, nor I think they look alike. But this is getting to the point that I feel like the whole world is punking me. And I'm starting to wonder if this is one of those things where all skinny white HOMOSEXUAL men just kind of look the same. And if you think so, that probably means you're racist and this is a hate crime. But seriously, do Skylar and Matt look like brothers? Is my facial blindness betraying me?

I thought that I was probably done having embarrassing things happen in a locker room. I know. I was delusional. But really. Surely I've met my quota by now. Surely it's someone else's turn to humiliate himself while naked in a room for naked 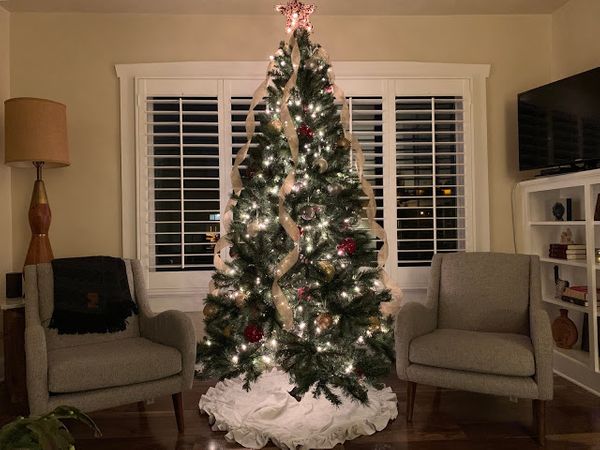 Look. I know. I KNOW. Putting up Christmas decorations before Thanksgiving is a sin that is only eclipsed by murder in severity. I know that. You guys. I helped vote