Meg's full-time job is as a writer for thebeehive.com. Well, that and mob boss. And serial killer. And thermal underwear model. If you can believe it, none of those jobs are even remotely related.

What then happened is I spent a sad amount of time on the internet listening to music that is so bad that the internet later sent me an apology letter and a dozen red roses, which was thoughtful but also kind of confusing because I wasn't looking for another romantic relationship in my life, plus I'm pretty sure it's seeing a lot of other people.


I listened to the bad music because I decided to write a review of some songs that came from Utah. I wanted people to know what we've lived through here, and how Orrin Hatch is nearly solely to blame. And now I'm worried that he might send people after me. But it's better than Meg's people, which mostly consist of other pregnant women who are mad at me for no reason.

The review was published last week. I decided that a version of it would work really well as a Strangerville episode because you need to really hear the music to understand how important the apology letter and dozen red roses were to me. So, this week, please enjoy truly one of my favorite things we've produced in Strangerville history ifIdosaysomyself.

Do us all of the solids and leave us a review on your podcast app of choice, if you haven't already (this helps us), and share Strangerville on your favorite social media platform.

And pray to all of the gods for Preg Walter, who is about to become Meg Walter any day now.

This time in Strangerville, Meg conducts her personal business on our time. And Eli reviews truly the worst music you will ever hear in your life. No apologies.SegmentUtah’s Great Musicians, by Eli McCannProduced by Eli McCann & Preg Walter 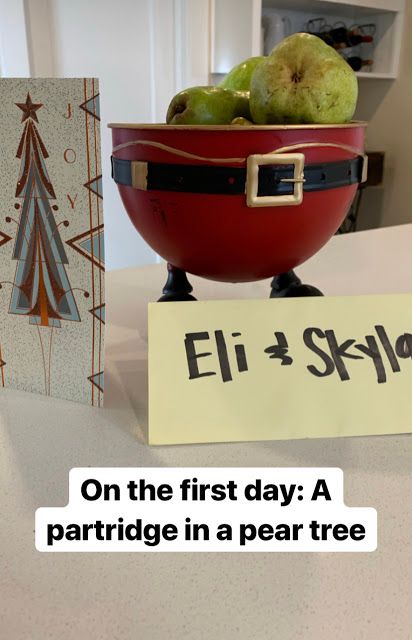 A present suddenly showed up on our front porch on December 1. We opened it, and soon realized that someone was doing the 12 Days of Christmas for us. Gifts

This time in Strangerville, Meg conducts her personal business on our time. And Eli reviews truly the worst music you will ever hear in your life. No apologies. Segment Utah’s Great Musicians, by Eli McCann http://traffic.libsyn.com/strangerville/Episode_63_Utahs_