We made the mistake most of you have made when pressing play on an episode of Hoarders last night while making dinner.

We were at Matt's house. Skylar was in the kitchen doing something with fish that had nothing to do with salt or butter or oil or anything that makes life worth living, all because I foolishly told him that this was my Year of Health.

For Matt's part, he's making 2019 The Year of Taking Care of Myself, which so far has mostly consisted of sending Skylar and me 20 selfies a day and saying "look. I combed my hair again."

It's harder to get Skylar to take anything like this very seriously. Last year when a large group of friends went around the table on New Year's Day declaring their themes, each of them emotional, thought-out, and dramatic, we ended with Skylar, who said, "I would like to drink more water this year. No. I would like to try to drink more water this year."

I guess I admire his realism.

Also, in case you're wondering, he did not drink more water in 2018, but he says he did try, so his integrity is still very much intact.

This year is his Year of Abs, he says. When I asked him what he was going to do to get abs in 2019, he laughed and said "that's June Skylar's problem. I'm not even going to think about this for six months."

Look. I've watched a lot of this show. One time I even tweeted "I wonder if my Mormon Pioneer Ancestors would be proud to know that I just spent 9 hours watching a Hoarders marathon on TV."

Shopaholics. Collectors. The occasional animal lover, although, as I recall, those folks got their own show.

But I was not prepared for coming face-to-face last night with a man who hoarded his own feces. HIS OWN FECES! MONTHS AND MONTHS OF IT HOARDED INTO BUCKETS!

WHY WOULD YOU WANT TO KEEP MORE THAN A WEEK'S WORTH?!

By the time the episode ended, we did the thing that we always do when watching the show: we made impossible promises to get rid of everything we own and never touch another object again as long as we live.

And usually we feel that way for an hour or two. But it wears off, and we don't actually throw a single of the non-working 26,000 pens out of the junk drawer in the kitchen.

But on the heels of setting goals for the new year and deciding we were going to take care of ourselves and become healthier and hell, even get abs maybe in June, it was like we had watched the episode while high on meth NTWKWTI and the next thing I knew, Matt was screaming at us about how he was coming over the next day to go through all of our closets.

This is something of a touchy subject. Skylar and I hoard in completely different ways. I have enough mugs for the entire Salt Lake Valley to join us for a night of hot cocoa and a rousing round of For He's a Jolly Good Fellow, and Skylar could clothe all of Siberia with his alarming sweater collection. We both try to get the other to give, and we both refuse to give. So our periodic attempts at dramatic dejunking barely ever put a dent in the problem.

For the record, neither of us are clinical hoarders. I've seen enough of the show to know what that looks like (see above). We are probably very average in this area. Well, very average Americans, which means we have way too much stuff, but not so much that any of you would be worried about us if you came to visit. So I don't mean to cheapen the very real psychological problem some folks have in this area. I only mean to explain that we are garbage people, just like most of you.

As promised, Matt showed up this morning and made us dump an entire closet and dresser of clothes into a large pile so he could hold up each piece of underwear one-by-one and say, "does this spark joy for you?"

I understand that he got this from that Japanese woman on Netflix (Magic of Tidying Up, I think?). I assume at least that line came from her, but probably not his frequent requests that we notice how good his combed hair was looking.

He even made us thank each item we were discarding via his pedantic barks about the importance of this step, of which importance he really couldn't explain.

Skylar was in a bad mood for a good portion of the first hour of this, mostly because he felt he was being attacked since he was being attacked. This is because he has probably double the clothes that I have. But since Matt was the one who was yelling at him "YOU DON'T EVEN WEAR THIS" rather than me, he was in a better place to concede. I've said it before and I'll say it again: every couple needs a third-party Matt to follow them around and mediate.

After two hours, there was this weird energy where all three of us were on some high from stuffing things into a GIANT green bag to be donated. So giant, in fact, that it took two grown men to carry it out to the car.

Now I'm in that mental state where I want to simplify everything in my life. I keep walking over to the closet to just look at how much it is not stuffed from floor to ceiling with stuff we don't use because we forgot it's buried under all the other clutter.

If only I can figure out a way to get Matt to leave before he starts opening the mug cabinet in the kitchen. 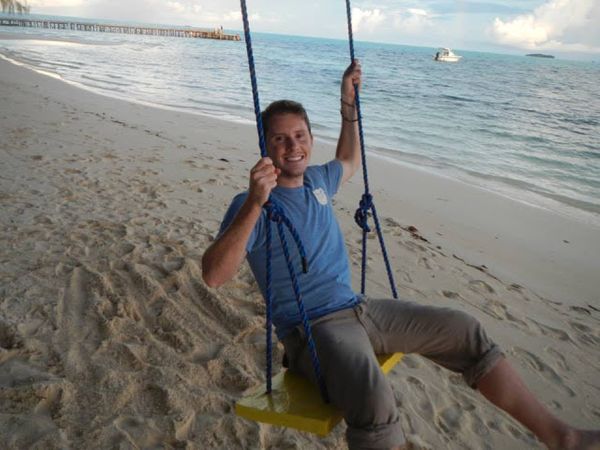 Years ago, when I was living in Palau, I decided to try to write a book. It was a good time to make a first attempt because there are, let's 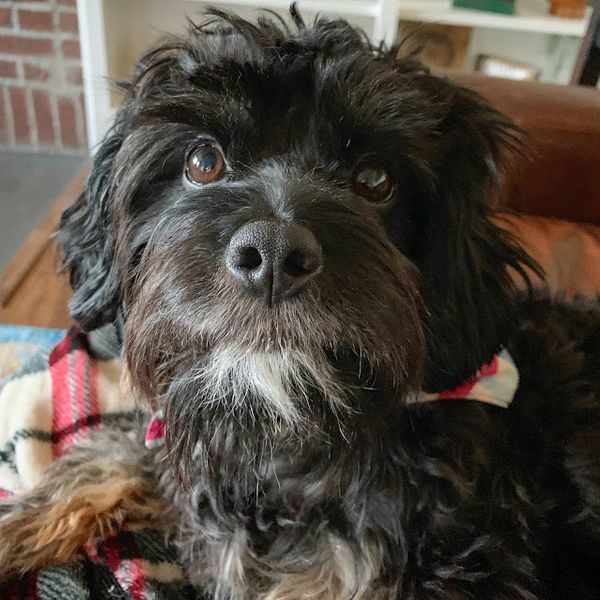 As you know, because you all did your 10.5 years of assigned reading on Stranger, every January I pick a new theme for myself. I do this rather than