The other day I wrote that thing about hiking in God's Costco with Skylar last weekend. I shared some pictures and of course expected you, my adoring fans, to gush over how talented a photographer I am (even though Skylar took the pictures).

But then Kina in the very first comment was like "WTF IS THAT FACE IN THE ROCK OF THE THIRD PICTURE DOWN."

Look. I'm already scared enough of the mountains of southern Utah. I did not need this crap. I grew up in a family that convinced me there was a creature called The First Eye that was just a giant eyeball with one-thousand toes all the way around it and it lived in the red rock caves of Utah's deserts.

I know it's irrational. I know The First Eye isn't real. I haven't believed in it in like a decade. But every time I drive through southern Utah and see holes and caves in the mountains next to the road I get slightly freaked out.

When the above comment was posted, I scanned the photo for several minutes trying to figure out what Kina was talking about. When I finally saw it, I actually screamed and then woke up Skylar even though he told me to never wake him up BUT THIS WAS IMPORTANT to make him look at the photo.

Skylar saw it almost immediately, and he agreed it was creepy. At least, I think he agreed. I was reading between the lines of "WE NEED TO TALK ABOUT THE DEFINITION OF 'IMPORTANT' WHY DID YOU WAKE ME UP FOR THIS."

Someone on Facebook said she couldn't see the face so Sarah Wise came to the rescue with the below:

GUYS. WHO IS THAT.

This reminds me of this time in 2011 I was home alone on a Saturday night #sociallifegoals and this marathon series about whether an ancient civilization ever lived on Mars started. It was on the "History" Channel (you know why the quotes) and almost the entire five hours of the show was focused on whether or not there is currently a giant "face" on Mars.

At first I was like "that's just a rock. These people are scam artists." But then after five hours of staring at the TV I was like

The point is, the Zion Face, as I'm now calling it, has sort of gone through a similar journey for me. When I first spotted it, I screamed. A few hours later I decided that it wasn't anything. I couldn't even make out the semblance of a face anymore. A few hours after that I could see the face even clearer than I saw it the first time. By the end of the day it had a full body, personality, a 401k, and a favorite cast member from The Facts of Life.

I suppose it might be a religious face. A few years ago someone saw Mary in a tree at a park by my friend Anna's house so a whole bunch of people erected a staircase to the tree and since like 2010 people have been climbing it to give the tree flowers.

By the time I went to bed last night I started wondering if this really could be a Mary Tree situation and if so, did I have some shrine-building obligation here?

But then Top Fan® Jana Lloyd clarified for me on Facebook.

Jesus or not, we haven't added a new animal to the Animals tab in years. So please join me in welcoming The Zion Face.

P.S. After posting this I got an email from Stranger Molly who said she actually sees several faces in the photo. I've heard this comment several times now and it is really freaking me out. Anyway, Molly provided the below:

P.P.S. YOU GUYS!!! IT'S GETTING WORSE!! "Chris-Rachel" on Facebook just spotted ANOTHER FACE. 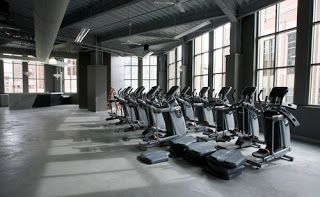 You guys. There's a gym right next to my office so most days I take some time in the afternoon to go workout and get all swole and gainzzz and 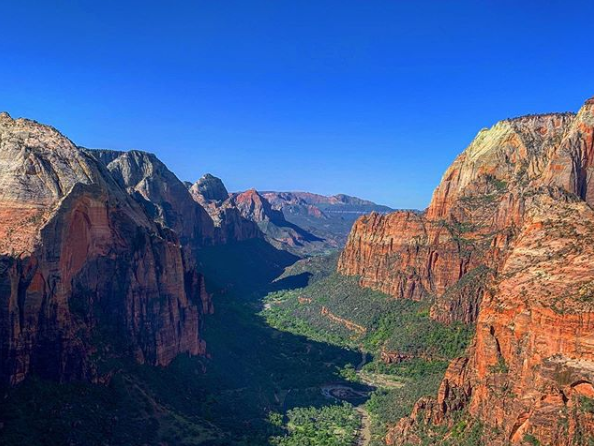 I had a work conference in St. George Utah this weekend, which should have been a hate crime since I was there one week ago for the half Ironman. You