Alii, from the land of coconuts.

It feels weird to be able to say that again.

It's still hot in Palau. Still humid enough that walking feels more like swimming and I keep letting myself get surprised when I pull new clothes out of the drawer and find out they are a little wet.

We've been in Palau for two full days now, staying in a resort just half a mile down the road from my old apartment, which looks exactly as I remembered it. Most of the island does, actually. Including the Stormtrooper (my old car) which we happened to park right next to last night at a restaurant. The poor thing has probably changed hands six times since it was my own baby. It's currently hauling a new slightly-panicked white person who is too uptight to understand why nothing seems to start or end at any particular time in this place.

Returning to Palau is fun, but attempting to see old friends is a challenge. The internet situation in this country has hardly improved since 2013. Most people don't have consistent access to it, and when they do, sites like Facebook and Gmail load so slowly that it's common to give up on them altogether. So leading up to this trip I attempted in vain to get in touch with anyone I thought might still be on the island.

Every Facebook message went unread and every email unanswered.

Once I arrived I found out that two of the people I was hoping to see have recently had strokes and were sent off island for medical care. I feel sick about that.

I was beginning to think that maybe I wouldn't connect with a single familiar face, and Skylar was starting to accuse me of making this whole part of my life up, when suddenly this morning I heard my name shouted in an islander accent just as we were walking into a dive shop to check in for a snorkeling tour. I turned around and made eye contact with a surprised man named Skarlee, who had no idea I was in this part of the world.

Skarlee was 18 when I lived in Palau. I met him through church. He was my workout buddy. We used to have him come over to the apartment and work with him on his GED. He hadn't finished school because of family and money problems. He wanted to do a Mormon mission but he had to get the GED before he could go. I ended up essentially filling his mission application out for him and arranging his doctor appointments and jumping through the other hoops with him to get it done and by the end of that I felt like he was this weird mix between my little brother and my son who was only a decade younger than me, but also substantially more mature.

He got his mission call just before I moved off island (to California) and ended up flying through Salt Lake City a few months later.

I picked him up at the airport and drove him around my much colder town--a place that completely baffled him--before dropping him off with the people who would get him checked in for his mission. I haven't seen or heard from Skarlee since, despite efforts to get in touch with him.

It was a perfect reunion. A perfectly Palauan reunion. Not planned. Happenstance. Happy. Carefree. Full of long tight hugs. Otherwise without much fanfare. And a little island gossip sprinkled in. 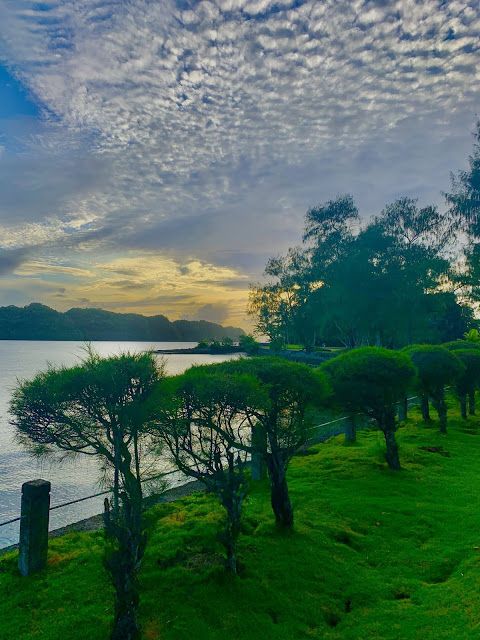 Palau is so much more beautiful than I remembered. I knew it was breathtaking. At least, that's how I described it when people asked. But coming back here and waking 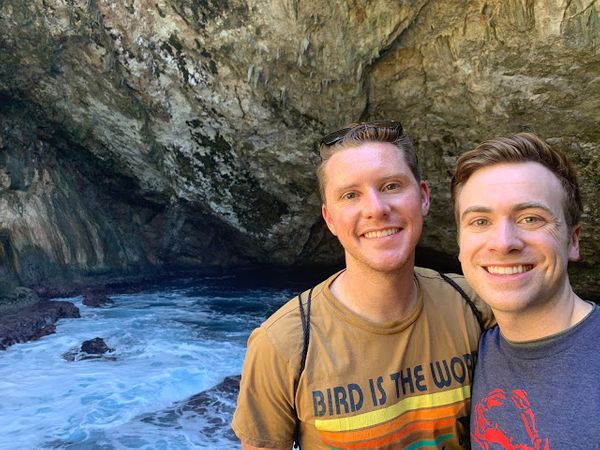 A high energy version of "Walkin' in a Winter Wonderland" is blasting through a not-so-bad sound system embedded in the airport ceiling. It's New Year's Day. I think the clock