My husband has decided he should "get credit" for "not losing" his wedding ring. He told me this the other night like he had saved a bus of children from going over a cliff.

"I feel like you haven't adequately recognized how amazing this is," he told me.

To clarify: I have been married to this particular husband FOR FIVE MONTHS.

I told him I was deeply concerned that he thought this was praiseworthy, mostly because this meant he expected, and continues to expect, that this thing I put on his finger would go missing in very short order.

"We all know this is going to happen at some point," he said in a tone that also screamed "I have literally lost five driver's licenses since I met you."

I would be lying if I said I hadn't worried at least a little about the fate of that ring. I remember wondering about this when I bought it. Skylar does tend to lose stuff. We both know this. One time a relative sent him a $100 bill in the mail for some life milestone and in one single move he pulled it from the envelope and stuck it in my pocket. "I'll misplace it immediately if I set it anywhere else," he had told me.

I got the ring at a jewelry store in the mall just below my office.

"What's your price range?" the man had asked.

Just then I noticed a teenager wearing a BYU hat walk in. He was with his mom. "I need to buy an engagement ring," he told the woman standing behind the case of diamonds.

His mother was beaming and holding onto his elbow.

"How long have you been dating?" the sales clerk asked him.

"We met three weeks ago," he told her.

"What took you so long?" she responded in a completely even tone and without looking up at him.

I looked back at the man who was helping me. "Enough to show I care, but not enough to cause me stress when he loses it in three months," I told him, feeling very 35.

I explained to Skylar that while, yes, I also knew it was quite possible he would shed this token of our love in a moment of thoughtlessness in short order, I didn't think his five-month ability to avoid the probably-inevitable fate merited praise.

"This is just like a serial killer demanding a prize for going half a year without murdering someone," I told him. He said that was not a fair analogy, and furrowed his brow at his comparison to a serial killer. I hate that he's getting better at arguing.

I became concerned a little while ago that he was becoming reckless. I started finding the ring in odd places in the house.

"I see you've decided not to be married to me today," I've told him during a few of these encounters.

He says he doesn't like to wear it to the gym.

"Aha!" I tell him, like I've caught him in infidelity. I almost immediately stop caring and start thinking about something else as he facetiously explains he's worried about scratching it "from pumping all that sick iron."

I don't care about him taking it off to do some gardening or wash dishes or have his affairs, etc. I just wish he would find one place to put it so there would at least be a habit associated with the disassociation. As it is, the ring ends up in obscure places--places that would be easy to forget.

"I'm pretty good at remembering where I put things!" he tried to defend himself last week just before I reminded him he had recently lost my car keys and implicitly searched the refrigerator to try to find them. "Maybe I put them in here," he had told me, like this was a perfectly reasonable place to put car keys.

If I'm being honest, this has probably all been a little good for me. I've lost sleep over worrying that I misplaced something totally replaceable. Maybe he's helping me have a little more perspective on what actually matters. It may not be healthy that I know exactly where every piece of paper I've received in the mail in the last decade currently resides.

I suppose I should give him a little credit for not losing his wedding ring, even if it's only been five months. Maybe he deserves some praise for not doing the thing he so naturally does. It's totally possible I'd be better off if I spent less time furrowing my own brow and wondering how I could maybe be a little more like him.

This will probably all work out just fine, as long as he doesn't misplace me.

This time in Strangerville, how do you deal with conversation lingerers? Also, Eli tells the story of what happened when his parents decided to take the family to see Titanic in 1997.

This time in Strangerville, how do you deal with conversation lingerers? Also, Eli tells the story of what happened when his parents decided to take the family to see Titanic in 1997. Story Titanic, by Eli McCann Music by Ayla Nereo Production by Eli 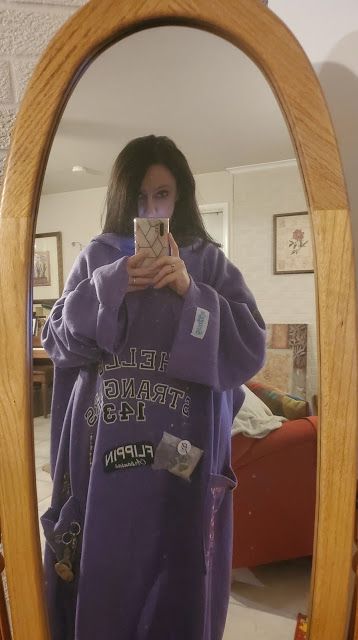 (Hey--we announced Strangerville Live the other day. March 6 in Salt Lake City. Come, please. Get tickets HERE.) The Strangerhood of the Traveling Snuggie has continued its wild journey. (If