Skylar left at illegal o'clock this morning for affairs so he wasn't around when I discovered The Great Flood in our front yard.

He's in pediatrics now, which is apparently different than the rotation he just completed, which was also in pediatrics. He had panicked before starting that last one because he decided against all possible evidence to the contrary that he wasn't "good with children."

I had him watch that episode of Mr. Rogers where the kid goes to the doctor for a physical and Mr. Rogers goes with to show the viewers at home that it's not all that scary. I told Skylar he could maybe get some tips from how the physician in the episode interacted with the child. A few minutes later I found him intently watching the episode and furiously taking notes, which might be the cutest thing I've ever seen.

The point is, he wasn't around to deal with today's disaster.

I noticed it when I opened the front door to get the morning paper, which is a weird thing that I habitually do despite the fact that we don't get a morning paper and never have. As I looked down at the bare porch, water running down the walkway caught my eye. On further investigation, the sprinkler box thingy (the actual scientific term for it) in the ground was completely flooded and pouring water in every direction.

My house was built in the eleventh century so everything is weird, including the access to the water shutoff. It was actually kind of a miracle that I ever found it. I have no idea how I did. The prior owners did not leave me even one sticky note of information about this house. This has always annoyed me. You wouldn't believe the number of things I've had to spend countless hours trying to figure out in the last six years. Those idiots could have saved me a full year of my life if they had taken five minutes to jot down on a paper, "this key goes to a trap door that leads to a secret shed above the garage where we've stored all the extra floor pieces in case you need to replace any. Also, there's a secret shed above the garage."

My friend Andrea (hi Andrea!) bought a house near me many years ago and she lived in it for a while before discovering there were secret stairs you could pull down in a closet to access an entire finished floor of the house she didn't even know existed. "My square footage just doubled!" I remember her saying.

If I ever sell this house, I am legit going to produce an expensive instructional video and leave a 20-volume set of indexed encyclopedias about this house and yard. I'm going to be an ally to the next owner. I'll get a dedicated phone line for them to call me if they ever have any questions. Those people are going to enter this home armed with my memories and feelings as their constant companion and guide. I'm going to be like the Holy Ghost of houses for those people. Except I won't go to bed at midnight. #nichejoke

Anyway, the water shutoff is in the back corner of a crawl space you can only access by removing a mirror and then some insulation, bending your body into a pose not even recommended by Yoga, army crawling over the ghost of Christmas past, and then twisting your arm around a series of pipes to turn a knob thing. You have to actually dislocate your shoulder to reach it. It's recommended that you do this with a doctor on site like 18th Century duels.

What this means is that it took me eleventy minutes and a full cardiovascular workout to shut the water off. Once I sufficiently drained the sprinkler box I couldn't really see anything that looked wrong, besides the many leeches. I thought I'd probably need to turn the water back on to see exactly where it's leaking but without my God-intended helpmate, I couldn't really do this because no matter how fast I ran, by the time I turned the water on and got back to the sprinkler box it was already The Great Flood all over again, and with the box full of water, I couldn't tell exactly where the water was coming from.

Eventually I gave up and called The Sprinkler People but they didn't answer so my friend Anna told me to text this Russian man she knows. He responded almost immediately, ominously telling me he would "try to stop by sometime maybe," which definitely triggered some PTSD from my dating years.

I guess it's ok that I have to stay home indefinitely In These Unprecedented Times in hopes that Noah will show up. I've got a new chapter to the house encyclopedia to add anyway.

This time in Strangerville, Meg and Eli did not do well in gym class. And Eli tells the story of plowing through the Boy Scout manual with his mother to get his Eagle as quickly as possible. Story: Boy Scouts of America, by Eli 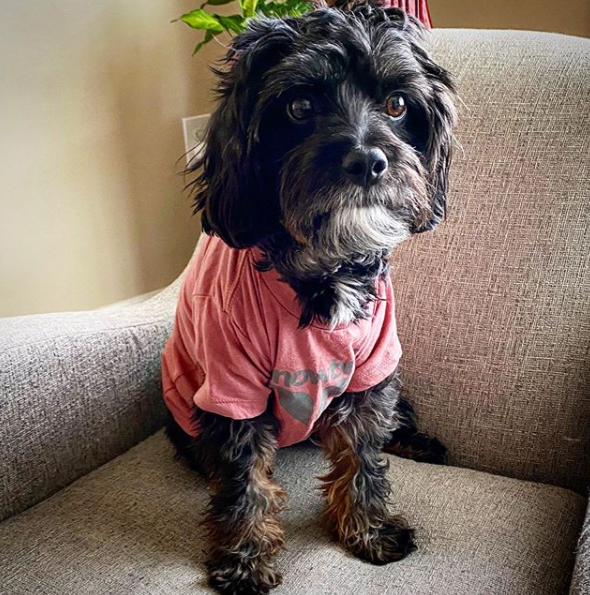