When Skylar and I got married my mother—the woman who birthed me into this world—the being from whom my body emerged through a process she has since called "a bloody massacre"—the person who is supposed to live her life in absolute loyalty to me—that mother committed an absolute hate crime against her only son.

She didn't mean to hurt me, I think, when she told my husband—the man who swore to worship me in front of all the angels in heaven at an extremely expensive party where I had to pay for napkins that must have been made of pure gold considering how much they cost—my mother gave that man advice that has resulted in a scheduled and weekly torture session for me ever since.

"Good marriages require you to be on the same page," she told him. "So I'd suggest you pick one night a week to have a planning session where you can talk about what you have going on over the next seven days, schedule quality time, and discuss any areas where your relationship might need work."

Well, Skylar what's his name frickin loved this idea. And the next thing I knew, a recurring event was added to our shared calendar on Sunday nights. "Companionship Inventory."

Skylar had just learned this phrase from some absolute monster of a person who decided to start teaching him Mormon lingo so Skylar could slip it into conversations with me at random. Within just the few weeks before this, he had told me "the Holy Ghost goes to bed at midnight" and to "return with honor" when I left the house. But none of his new phrases caused me as much immediate emotional pain as "companionship inventory."

If you mention the words "companionship inventory" to anyone who ever served a Mormon mission, the vast majority of those people will immediately start experiencing an eye twitch.

Pretty much everyone who has had to do it has at least one horror story. Like when one of my companions asked me if I was gay and attracted to him and I was like "NO and HELL NO" when really the answer was "obviously yes and HELL NO." (Lots of hygiene issues). And then I had to spend the next ten weeks pretending to be totes masc and way into sports games so as to convince him I was telling the truth.

So when my husband, the future mother of my kidney stones, decided to put "Companionship Inventory" on our shared calendar, telling me that we were going to follow my mother's advice, I suddenly became a 19-year-old closeted Mormon missionary in far western Ukraine with a haircut that I describe now as "British Presbyterian lesbian from the 90s."

Just hearing Skylar say those words and then put them onto our calendar took me right back to that time.

The next thing I knew, I was being commanded to take my seat on the living room couch for our inaugural companionship inventory, which began by Skylar looking me straight in the eyes and saying, "tell me what you like about me." When I started listing attributes of his personality, he interrupted and said "that's all fine and good, but am I hot or not?"

Sunday evening companionship inventories have been happening ever since. We go through our calendar for the week. We plan what needs a plan. Then Skylar ends it by saying "what can I do to be supportive of you this week?" I strain to come up with something, but I do anyway because it feels like I'm supposed to. He thanks me for the feedback and then nods encouragingly at me in a way that clearly says "now ask me . . ." So then I roll my eyes and say "and what can I do to be supportive of you this week?" to which he responds, "nothing. You're perfect just as you are" and I don't know why it always catches me off guard when he does this and makes me look bad because he went first and I actually came up with something that looks a lot like criticism of him as a partner.

Then we go to bed, Skylar smiling, me in a huff because I'm somehow still living the life of a 2003 Mormon missionary. Except, I guess it's a little better this time. Because I have wine now. And, I suppose, a companion I quite like.

This time in Strangerville, how was your Insurrection Day? Meg and Eli discuss it. And Eli shares a story about what it felt like to close out 2020.

A New Kind of Peace, by Eli McCann (music by Our Friendly Beasts)

This time in Strangerville, it’s our fifth birthday! Eli tries to convince a skeptical Meg that we are in for more peaceful times. And a woman deserves the Purple Heart for surviving what must be the worst dates that have ever happened. Story 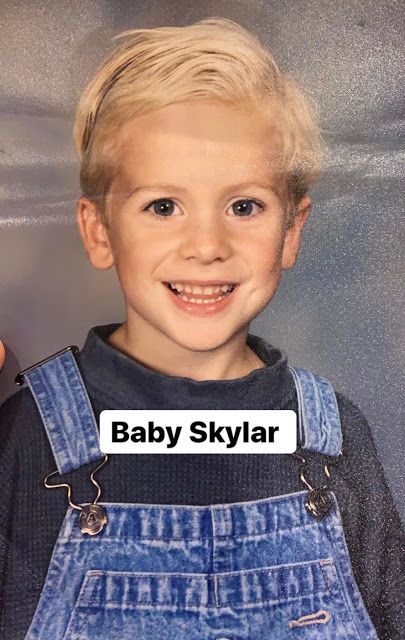 Today is Skylar's birthday. I spend a lot of time on the internet gushing about him or sharing with you the absurd things he does, like drink Pepto Bismol as