Your work on the TMZ Britney Spears article has been amazing. Even Trixy, June Snapple, and Jane have all commented. Shea pointed out today another article about this whole mess that asserts that the "mystery guy" is allegedly a lawyer. I like to think that our efforts with TMZ had something to do with this latest rumor.

But today's topic: You know I don't like to complain about anything. But now that you've gotten me on the subject of complaining, I guess I'll let you know about another one of the top five most terrible things about my current situation. You twisted my arm. I HATE HOW YOU GUYS ALWAYS GET ME TO TALK ABOUT STUFF I DON'T WANT TO TALK ABOUT.

Guys. It is basically impossible to find fresh fruits and vegetables in Palau. This is the most nonsensical aspect of my largely nonsensical life right now.

You know I love Palau. Despite all of my complaints, I really do love it. Palau is like an annoying little brother. Sometimes frustrating. Always in my face at the worst possible times. Has questionable drinking water. And yet, I would be totally sad if it got blown away in a typhoon. My analogy may have fallen apart a bit. I don't know, because I've never had a little brother.

The reason this is so nonsensical is because this is a freaking tropical country with 365 days of sun and it is the exact same temperature here EVERY SECOND OF EVERY DAY FOR ALL ETERNITY. That temperature is 197 degrees. OPTIMAL GROWING TEMPERATURE. And it rains here every single day. And it is sunny here every single day. Produce should spontaneously be growing through the side-walks. They should have to spray poison everywhere to stop the produce from taking over the country. Not having fresh produce absolutely should not be a problem of Palau.

It's so hot that nobody gets any work done? Fine.

It takes 45 minutes to check out at the grocery store? Seems excessive, but sure.

Sea snakes? Not acceptable. But at least not nonsensical.

But NO FRESH PRODUCE??? You have GOT to be kidding me! They grow more fresh produce in Siberia! That sounds like an exaggeration because when you compare anything to Siberia it always sounds like hyperbole. And you totally read that in an emphatic exaggeration voice. But it is literally true that they grow more fresh produce in every Siberian town than they do in Palau. I am certain of this. I just checked the Internet to confirm.

And I know what you're thinking. Come on Eli. It's not that big of a deal. So the stores don't have as big of a selection as they did in Salt Lake City. You knew this was going to happen when you decided to move to a tiny tropical island in the middle of nowhere. Also, your haircut looks SO good.

First of all, thanks for noticing. But I got it cut on Saturday so I'm a little bugged that it took you five days to say something.

But second, NO. GUYS. NO. I am not exaggerating here when I say there is NO fresh produce.

Ok. That actually is an exaggeration now that I think about it. But it's not as big of an exaggeration as you think! Yes, sometimes we can find a couple of fresh onions. Maybe a carrot, here and there. Usually a couple of coconuts. And before Typhoon Bopha came through in December and destroyed all of the banana trees, we could usually get bananas. But that's about it.

I have asked every single Palauan in the entire nation why this is so and I have received a range of answers. But none of them make much sense. And not just because they were in Palauan. I was basically like the census lady going door-to-door to ask the locals about this disturbing problem. Except I'm a man. I guess I could have just said that I was like the census man. I wish I knew how to go back and delete stuff.

One person told me that Palau doesn't want to grow its own produce because it doesn't want to destroy the natural beauty of the land. BY GROWING FOOD ON IT TO FEED ITS PEOPLE. So instead they have everything shipped and flown in, THOUSANDS OF MILES. SO THEY DON'T HURT THE ENVIRONMENT.

All jokes aside, the food situation causes some serious problems here. While fresh produce is not available, deep-fried preservative-injected lard foods are plentiful. As is the obesity and diabetes problems in the nation. If you ever want to feel like the world is coming to an end, sit down with Daniel and ask him about his experiences working with the health and nutrition programs in Palau.

But there is definitely still a strong need for fresh stuff here. So what happens is about once a week a shipment of week-old produce from the Queen of Colors knows where plops into Palau. The shipment never comes on the same day as it did the week before. It's never announced. And it never contains a consistent selection of items. But it tends to happen about once a week.

The produce then makes it to one of about four stores. Somebody notices it and starts the text chain to let everyone else know. The four stores are overrun with desperate expats who grab the half-rotted items out of the boxes before they can even be put out on display. And those who missed out, because they didn't have enough money charged to their phone to receive the text, sit at home with their calendar, playing the guessing game about when the next shipment might arrive.

Today happened to be surprise produce day of the week.

My friend Hillary got the text while I was eating lunch. I forwarded the message to Daniel, who showed up in the Stormtrooper 45 seconds later, threw the door open, and without coming to a complete stop screamed "I'M NOT WAITING FOREVER!"

I jumped in, as did another friend of ours who happened to be walking by and who understood the desperate tone of Daniel's voice to be a call for an emergency produce run.

We screeched into our store and HOLY BLACK FRIDAY! All 19 people who live in Palau were there at once! You would have thought it was 1999 and Tickle-Me-Elmos were on display.

The three of us instinctively ran to different areas of the produce section, grabbing for anything we could see, including stuff that was unfamiliar to us. Things were said. Dreams were crushed. But ultimately, produce was obtained.

On the way out of the store I asked Daniel if he wanted to run any other errands before I went back to the office.

He responded, "No. I should head home. I was taking a shower when I heard your text and I still have soap all over my body. It's making my clothes sticky."

That, my dear strangers, is dedication. 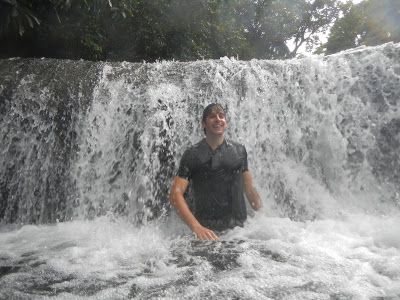 This has been one of my favorite weeks in Stranger history. TMZ, Above the Law, Urban Dictionary. Good times, thanks to you guys. We're like one big happy dysfunctional family 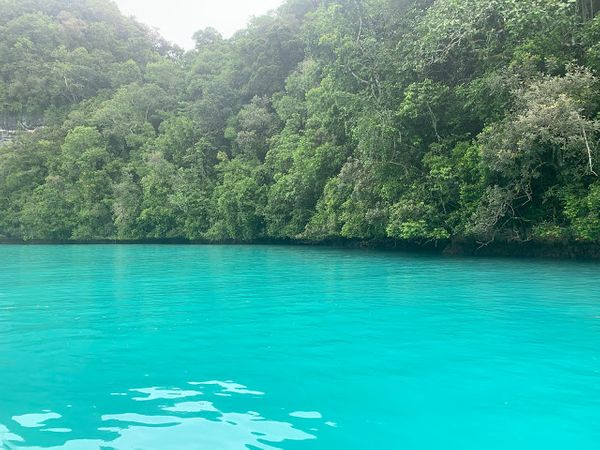