When we first got to Palau, we noticed a gigantic spider perched in the center of a large web near the stairs leading to our apartment. The spider was high above even Daniel's freakishly circus-level reach.

Daniel hates spiders, like any good and decent person does. His fear of them I would classify as "above average," however.

I have a very average fear of spiders. But because of my understanding of the true and evil purpose of snakes, an understanding that some also call a "fear," I am able to show some empathy for Daniel's feelings on the matter.

Hear that, Daniel? EMPATHY. It means not trying to force Eli to get closer to the most venomous snake in the world because "it looks cool."

Ugh. Why do I bother? He doesn't read Stranger anyway.


We noticed early that this spider very disconcertingly never seemed to move from its spot, day in, day out. Daniel has made us walk the long way around the stairs to get home for months because he has been certain that the spider was just waiting for the right time to pounce onto his head and lay eggs in his weave.

And, no, I can't just go the fast way and let Daniel take his time because I'm not allowed to have a key to my own apartment until I "can learn to be more responsible." So Daniel has both keys and if I get to the door first I just have to wait for him to let me in anyway.

Seriously. I gave out the key like five times to people we just met and told them "mi casa es su casa!" and he acts like I became blood-brothers with terrorists.

Daniel has checked on the spider every day since getting to Palau to see if it has moved. Then, recently, I got a phone call at work.

A Ridiculous Telephone Conversation with Daniel﻿
Secretary: Eli? Someone is calling for you . . . I think it might be Daniel . . .

Eli: Ok, go ahead and put him through--

He had clearly started screaming the word "NO" before his call was transferred to me.

Daniel: I JUST CHECKED, ELI! I DON'T KNOW WHAT HAPPENED BUT IT'S ALL GONE!!!

Eli: You had BETTER NOT be talking about the cookie butter, young man!!!

Eli: Ok. I know you're not talking about money because we don't really have any.

Eli: . . . should I understand what is going on here? I assume you aren't referring to your relationship with Satan . . .

Daniel: It goes by many names! Lucifer, Satan, the devil, etc. I've been referring to him that way for months, Eli!

Eli: Ok. This actually clears up a lot of things that I have been confused about . . .

Number 1Daniel: This apartment would be perfect if Satan didn't live outside.Eli: Ummm . . . what?
Number 2Daniel: I called the landlord about doing an exorcism to get the devil out of here.Eli: Ok. I guess that's good . . . Wait. Is the landlord Catholic? Are we even Catholic?
Number 3Daniel: Eli, did you know the fat on your sides is starting to hang over your pants-- Eli: IT'S JUST A PHASE I'M GOING THROUGH!!!

END OF FLASHBACKSDaniel: Um. That last one has nothing to do with this.
Eli: Darn.
Daniel: Anyway. Eli, we have to MOVE!
Eli: Slow down. You said it's "all" gone. What's all gone?
Daniel: Lucifer AND his web of sin!
Eli: Well, Daniel, isn't that a good thing?
Daniel: NO IT'S NOT A GOOD THING! When Lucifer was there I could keep an eye on him. Now I don't know where he moved to! He could be in our house! He could be in my pants or OHMYGOSH I THINK HE'S IN MY PANTS!!!
Eli: You're not wearing pants.
Daniel: How do you know?!
Eli: Because you're at home right now.
[Camera zooms out; shows that Daniel is not wearing pants]﻿
Daniel: Fine. But you know what I mean! My proverbial pants. He could be anywhere!
Eli: Daniel, I don't think he "moved." It sounds like someone killed him. And rightfully so, because he deserved to die a long time ago.
Daniel: How do you know he was killed!?
Eli: Because the web is gone too.
Daniel: Yeah! Because he MOVED!!!
Eli: No. If a spider moved, it wouldn't take its web with it. It's not a mobile home.
Daniel: How do you know that!?
Eli: Because I'm thinking rationally. And I went to elementary school.
Daniel: Don't you DARE make this about my homeschooling!
Editor's note: Daniel has told me that one only learns three things in home school.

I have asked him whether sex ed was covered in home school and he responded like I wasn't listening when he gave me the list: "Duh. Points one and three." I think this is very insightful commentary on why Daniel is still single.
Eli: Well what are you going to do here? Just freak out?
Daniel: I'm expecting you to fix it! I wouldn't be in this mess if you had killed it when I asked!
Eli: When did you ask?
Daniel: Remember? I said, "Eli, I want that vile creature's head on a platter by the end of the day!"
Eli: I thought you were referring to the Easter Bunny we saw giving a massage to that lady in the back of a minivan--
Daniel: I was referring to both!
Eli: Oh gosh. This is all going on Stranger.

Daniel: As one of your serious posts? It can't be a humor piece because this isn't a joke.
Eli: Hey speaking of jokes: What do spiders eat in Paris?!
Daniel: I'm not answering that. 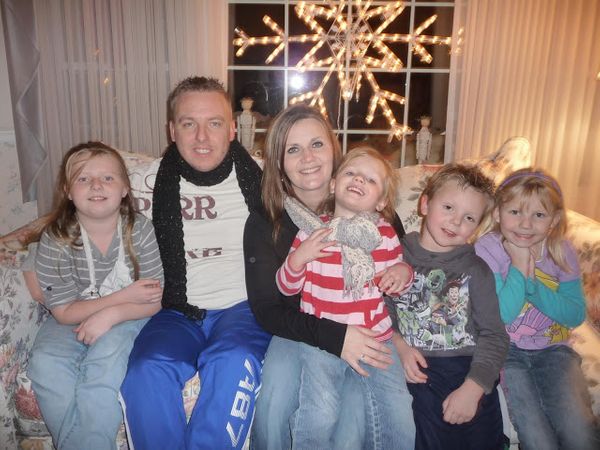 Yesterday I got the following email from my very dramatic 9-year-old niece Kaylee, the oldest daughter of my sister, Krisanda: Dear Eli, This is Kaylee. We put our for sale

Last night I made it back to the land of coconuts. Daniel picked me up at the airport at 8:15, drenched completely in sweat, just like he was when he dropped me off at the same spot over two weeks ago. After 34