I've now been back from the Land of Coconuts for about a week and I'm very unfortunately still engaging in the never-ending process of collecting all of my countless things from every corner of the planet so I can . . . what? Hoard them in one place rather than spread them out over several?

Seriously. What is the point?

Guys. I have cords to electronic devices that I haven't seen since 2006. I have t-shirts that accidentally ended up in my stuff from when I used a public drier freshman year of college and I've never had the heart to get rid of them because they've already experienced abandonment once and I just can't stand the thought. Receipts from things that I'm pretty sure I never even bought. Chap-stick someone once left in my car upside down so that it melted and re-hardened back in the lid. Etc.


The other day I came home and Kurt announced casually,

Kurt: I threw away a lot of your things while you were gone.

Kurt: You don't need them. You won't even know what I threw away because I didn't throw away anything that you could POSSIBLY miss.

Eli: This isn't going to work out. I need you to leave. But please leave all of your stuff.

Kurt: If I leave, you will be suffocated by your things. Is that what you want for your life?

Kurt: Is this normal behavior for you or are you just still jet-lagged?

Yesterday I went to my friend Anna's house to collect some pieces of furniture she had taken in for the year. I felt like the repo man extracting them from her home. I tried yelling things through the house like, "maybe if your parents paid their bills you wouldn't have to sit on the floor!" But nobody was home so the joke was kind of absorbed by silence.

When I got back to the apartment I called Kurt and asked him to come out and help me carry it in. We gathered the things by the elevator, two by two, with the intention of loading them all on in one trip.

I went back outside to get the last item while Kurt waited at the elevator. When I returned, I found this:

Kurt: [In possibly the world's worst British accent as the doors closed] Please, step into my home!

I think I'm going to get along with this one.

I was recently looking through my phone and I remembered that I had saved some of my favorite text conversations over the last couple of years with the intention of eventually sharing them with you. Here are some of them: ***** [Coordinating for a blind 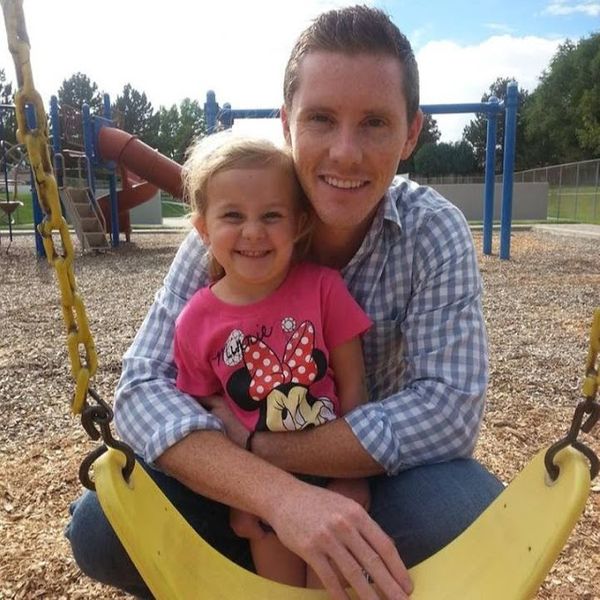