Bob and Cathie went out of town on Sunday for a week-long trip. They called each of their children before they left to let us all know that they were going to take Cathie's cell phone just in case we needed to talk to them while they're gone.

Note: Bob and Cathie are not in Afghanistan, on an African safari, or anywhere else where one might reasonably assume they would not have cell phone access or would even debate about whether or not to bring their cell phones with them. They are in Branson Missouri.

And thank the heavens they did bring a cell phone, because:

Texts I have received this week from Cathie
Eli, this is your mother. We landed. Barely. It was a miracle from above.
Ice. There was ice on the plane. They had to get the ice OFF of the plane. The plane went upside down three times in the air. XOXOXO.
I looked out the window at one point and there was a man on the wing trying to fix it. He crossed himself three times. Then I heard the pilot tell the flight attendants to call their families to say goodbye.
Your father doesn't think the flight was scary but that's just because he was asleep the whole time. Had he been awake he would have known that several times we were plummeting to our deaths. Mom.
There's no business like show business!
Mommy loves her little boy! You are the stars the moon and the sun! Cathie. XOXOXO.
[4:42AM] Eli, this is your mother. The one who gave birth to you in a bloody mess in the hallway of a crowded hospital. The one who chased you through every store in the state of Utah in the late 80s while you screamed that you were being kidnapped. Will you please get the garbage cans out to the curb this week at the house? XOxoxo.
XOXOXOXOXOXOXO.
Mom parentheses Cathie parentheses [obviously trying to use the voice function]
If you try to reach us tonight you may not get through. We've got some wild parties to go to and could be out as late as 8:30. XOXO. Mom.
~It Just Gets Stranger

Look. I know. I KNOW. Today you're dying to see half a dozen out-of-focus pictures taken of the streets of Salt Lake City, my friends, and the occasional gratuitous selfie. And also, you've come to rely on a small list of links, mostly cat-related, 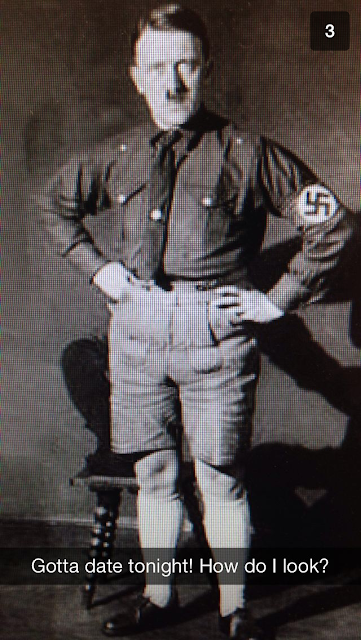 Yesterday: Woman on the News: Up next, we're going to talk about text bombing and how it might be hurting your child. Eli: What on Earth is "text bombing?" Kurt: