Quick announcement: We'll be at The Porch in Provo this Thursday at 8:30 PM for a fun Christmas-themed show. I'll get you more details tomorrow but wanted to let you know now since I just found out about it.

I already know this is going to be one of those posts that makes people angry. Remember when I offered to slap your children across their faces in the grocery store and ALL of the angry moms on the Internet hung me in effigy and tried to get the government to revoke my citizenship? I'm prepared for that again. And I'm ok with it. Because this is for a good cause.

The eradication of Glee.

I have been known from time to time to complain about the vile and horrid television program known IRONICALLY as "Glee." I hate this program with every fiber of my being. When previews for it flash across the TV I shake my fists into the air. And scream. And question all truth.

And then I go onto iTunes and download the latest Glee album and listen to it every day for the rest of my life.

I'm only human guys.You do the same thing with blood diamonds.


But I was thinking recently that I'm probably not doing my part to fulfill the divine calling we all have to see this program's demise. Obviously since I already don't watch it, the only thing I can do to hurt Glee's ratings is to try to convince others to stop supporting it. And I thought today that maybe I could go one step further and help you, oh enlightened Strangers who surely also don't watch Glee, to know how to persuade your friends to come back to reality.

So here they are:

Ten Ideas for Getting Your Friend to Stop Watching Glee
1. First, don't forget about the possibility that your friend might be in a vegetative state: A lot of people who watch Glee don't really realize what they are doing. Because they are in a coma or on life support or something in between and somebody just left the TV on the wrong channel. Check first and see if your friend is responsive. If you discover that your friend is on life support, pull the plug. Or just change the channel. Whichever you choose is fine. The point is that he shouldn't be watching Glee anymore.
2. Use God to motivate him: If your friend is not in a vegetative state, try holding up a Bible close to his face, tilt your head toward him, and say in the most manipulative voice you can conjure, "God doesn't want you to watch Glee anymore. When you watch Glee, you make God angry. You don't want to make God angry, do you?"
3. Try to create a Pavlovian response: Every time your friend starts watching Glee, throw a bowling ball at his head.
4. Ruin the ending of the episode your friend is about to watch so he'll lose motivation to sit through it: Don't worry. You don't have to watch Glee yourself to be able to do this. Just say, "in this episode, all of the characters inexplicably change every single one of their character traits all throughout and at the end the actors portraying educators teach the kids that underage drinking and meaningless sex are good because they are all about self expression." This is the plot of every single episode.
5. Tell your friends that you heard that 90% of people who watch Glee get leprosy: If your friend watches Glee, there's a good chance he'll believe something like this.
6. Burn down your friend's house while he is inside it.
7. Tell your friend they have started airing Glee at a different time and then find out when Phineas and Ferb is on and tell them Glee is now on at that time on the Disney Channel. And tell them Glee is now animated. And that the writing has gotten better.
8. Blackmail your friend: Tell your friend that you murdered some campers in the woods this summer while wearing his clothes and that you're not afraid to write an anonymous tip to the authorities about it. Also, if this works try to get cheesecake out of him, too. Because that's a pretty intense blackmail and you could probably ride that one for a while. But first and foremost, get him to stop watching Glee.
9. Show him an animal abuse commercial featuring Sarah Mclachlan and tell him that every minute he spends watching Glee and not adopting all of the sick animals is another minute that we have to listen to Sarah Mclachlan sing about them.
10. If none of the first nine suggestions worked, maybe try watching the show. Because it must be pretty damn good if the bowling ball to the head didn't talk your friend out of it.
~It Just Gets Stranger 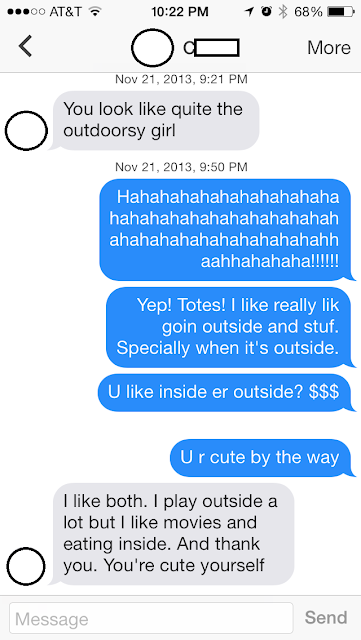 Good morning, all. It's freaking cold. But I have exciting news. I'm going to be telling a story on The Porch this Thursday evening at Muse in Provo. The show 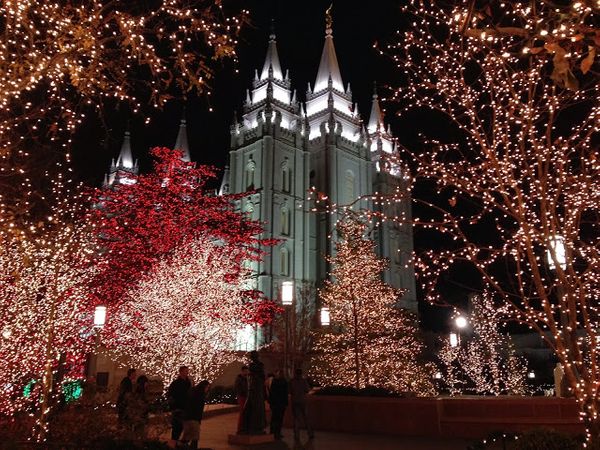 Happy weekend, Strangers. Glad to see you've survived it. I walked to work this morning and it was 12 degrees. TWELVE. TWELVE, GUYS. TWELVE DEGREES. TWELVE. Do you know what