When I was in the fourth grade I brought Power Ranger Valentines to school to give to everyone in my class. I don't know why I did this because for some reason I generally tried to hide my love of the Power Rangers. This was because even at age ten I knew that it was shameful that I got up at 6:00 in the morning to watch essentially the exact same story-line play out EVERY DAY.
Also, I still know the order of the dinosaurs when the Power Rangers would call out the mechanical beasts to finish the fight. LIKE THEY SHOULD HAVE JUST DONE AT THE BEGINNING WHEN THEY HAD TO FIGHT AN ENTIRE ARMY OF STORM-TROOPERS. Or whatever the Hell those things were called.
There was a treat inside each envelope, included with the Power Ranger cards. Cathie helped me prepare these the night before. Unfortunately something "happened" to ALL 30 treats on my two-block walk to school that morning.

What happened, you ask? Never you mind. It doesn't matter. IRRELEVANT.
[cue picture of chubby ten-year-old Eli with no self control]
I didn't actually eat all 30 treats that morning. I probably only ate like twelve of them. But I knew that I would want the rest later. And I knew that it would look suspicious if only some of the envelopes had candy when I passed them out. And I was just trying to be fair, you guys. I didn't want to play favorites and start a fourth grade civil war.
In the hours leading up to our Valentine's Day party, during which we would exchange the cards and candy, I started to grow jealous of the fact that the other kids would be giving out candy, and therefore would be receiving praise and attention that I VERY UNFAIRLY would not experience.
So I came up with a plan.
You see, during Christmas someone read that story to me about the Christmas oranges where the kids at the orphanage all get one orange for Christmas but one of the kids was naughty so he didn't get one so all of the other kids took a slice from their own oranges and made a new orange for him and blah blah blah. And I can see now, at the end of my third decade of life, that the point of that story was supposed to be about giving and giving together, etc. But in my ten-year-old mind on Valentine's Day that story was about taking and taking from groups.
And that's what I did. Thinking about the damn Christmas oranges the entire time.
During recess I broke into the classroom and ILLEGALLY STOLE one envelope from each child's box of Valentines that they had intended to pass out. I made sure not to take more than one Valentine addressed to a single person. So if I took Alice's Valentine from Darlene, I made sure not to take Alice's Valentine from anyone else. (Alice and Darlene? Did I go to elementary school in 1927?) Anyway, I figured nobody would notice if only ONE child in the whole class didn't give them something.
Note: I did not take any of the envelopes addressed to myself. I didn't want to sacrifice my own candy intake.
I emptied these envelopes of their treats, discarded the evidence, ate some of the candy if I'm being honest, and divvied the remainder of the candy among my thirty envelopes. And nobody ever found out.
And THAT, my dear Strangers, is why I am still alone on Valentine's Day.
~It Just Gets Stranger 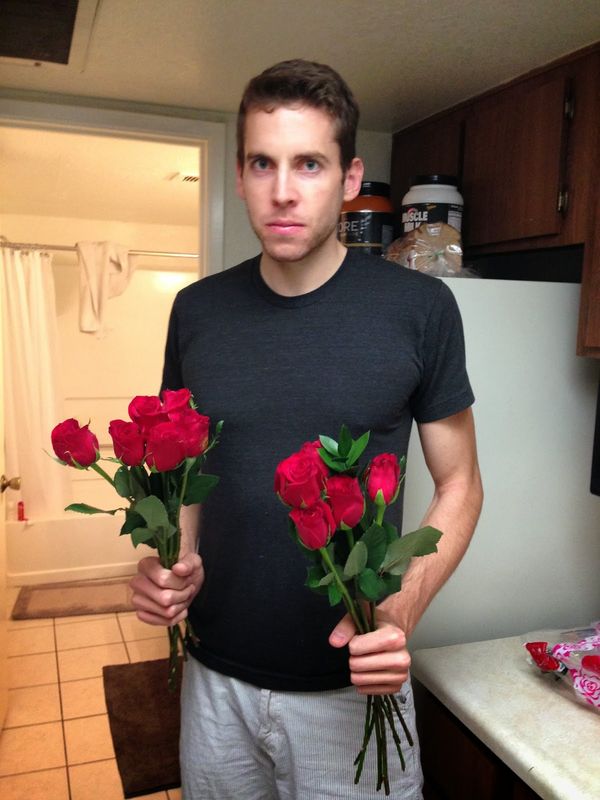 This weekend I went on a magical journey to the land of tortillas. Many wonderful things happened. But I'll just cut to the chase and give the people what they

Somehow in January I totally forgot to give you the annual "Worst Things Ever" list. It's like I wasn't even focused on complaining last month. What was I doing? Reading books and enjoying the weather? Hahahaha. I couldn't even say that with a straight