So yesterday was a national day of mourning because YOU GUYS!!! PAUL SIMON!!!

Don't worry. He didn't die (for those of you who don't have "Paul Simon" as a Google news alert, which, by the way, WHAT IS THE MATTER WITH YOU?!).

I wasn't supposed to know about it because one Stranger very thoughtfully tried to protect me from this information.

While Alanna attempted to protect me from some VERY hurtful information, many others of you were more like Cathie who woke me up in the middle of the night once to tell me that my pet bird "Feathers" was run over by a car "and his guts are everywhere."

AND I WAS SIX.

I got like 30 emails from you guys with links to the Paul Simon article explaining that he was ARRESTED like a TERRIFYING CRIMINAL because of some fight he had with his wife.

Ok. First of all let me just state the obvious and say that arresting Paul Simon is unquestionably unAmerican, illegal, and the entire police force for the whole world should be tried for treason.

Also, I don't even think it's technically possible to arrest Paul Simon. Because I just looked up the definition of the word "arrest" on the Internets and it said that it means to "stop" something and OBVIOUSLY Paul Simon could never be stopped. You can't stop an immortal being.

Further, Laura from Facebook brought up a very good point and said that Paul Simon getting arrested was the most exciting thing that happened to her because "I feel like the music I listen to is hardcore/legit now."

And this just makes me think. Nay, realize. That Paul Simon clearly purposefully got temporarily arrested taken into custody so that when we're jamming out to Paul Simon and John Mayer performing "Late in the Evening" together, like some of us do 20 times a day, we'll feel like we're in the middle of a bigger movement and not just like we're ascending straight to heaven. But the fun heaven, not the one all the grandmas go to. And we'll feel that way because PAUL SIMON GOT TAKEN INTO CUSTODY and he still makes the greatest music of all time.

Next, I would like to thank the many of you who suggested that I go be Paul Simon's legal counsel because this made me realize that the MOST LIKELY explanation for all of this is that he made it appear as though he was in legal trouble so that I would fly out there and meet him and try on his clothes and brush his hair and cut off some of it when he's not looking and put it between my toes and smell his stomach and stuff.

And I tried to do this but the restraining order, WHICH WAS OBVIOUSLY ALL THE PRODUCT OF A HUGE MISUNDERSTANDING, very unfortunately kept me from being able to approach his house and stare through his windows for three straight weeks and pee into a bucket and drink my own urine so I wouldn't have to leave for one second. Again.

Which brings me to my next point: Dear Paul Simon: I'm sure you are not aware of the restraining order and it was probably instigated by someone who shall remain nameless and who is so incredibly jealous because I have better hair than him and sound much nicer singing in a duo with you in the car (you know who you are, you little home wrecker), but I really need you to have it removed. Because you are 72 now and we still haven't met and it's starting to make me feel like I can't believe in anything anymore. Because my understanding of faith is that if you are really good you get to meet Paul Simon at some point.

Lastly, I haven't slept since I heard the news and I think I've been rambling for a while. I'm very confused. Can someone come and feed me? I've forgotten how to do basic things. I don't need to be breast-fed. Just through a tube or straw or something would be fine. Also, I would like a burrito. 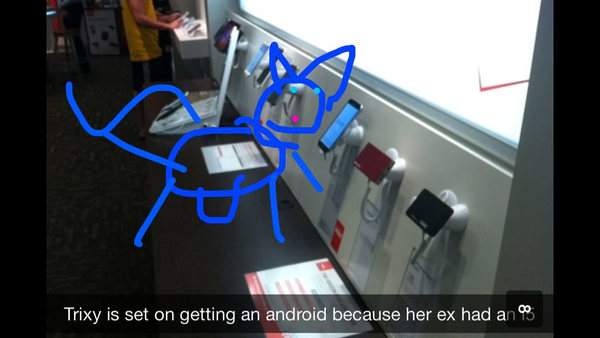 I just don't even know anymore. [https://www.itjustgetsstranger.com/content/images/legacy/blogger_eBqFq1L-.png]Note: Daniel's refusal to use effect and affect correctly is the main source of

Daniel flew into Salt Lake City today. He'll be here for only 24 hours. I picked him up at the airport and drove him to my house. My sister, Krishelle, came over for Sunday dinner. Daniel: Eli, does Rebecca do your laundry? Eli: No.